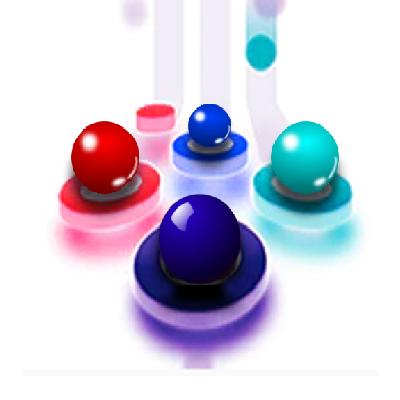 Brain games are forever engaging, and there is no second thought about it. PIKOBIT brings the most entertaining Ball.io Balls Shift game for boosting concentration.14 November, 2020 - Ball.io Balls Shift ( https://play.google.com/store/apps/details?id=com.ball.colorswitch.ballsort ) is a fully energetic game from PIKOBIT’s Hyper casual games studios. It puts gamers through several levels of challenges. It ensures the gamers a lot of fun as they level up by collecting the balls in the rings matching the colors by rotating them in time. The game is available in Google Play Store for download. It is of 15m size and got its release just on 6 November 2020.“We are proud to announce the launch of Ball.io Balls Shift game that packs in a lot of smartness in style and gameplan. The game does not require you to climb mountains or fight it out against enemies. It just requires you to catch the colorful balls in the rings corresponding to their color,” states the chief designer of PIKOBIT.It is an outdated concept to have a boring battle or fruit game. Also, it requires players to predict and switch the colors on the go. Ball.io has colored balls in blue, green, red, and yellow. All the gamer has to do is tap and drop the ball from the top of the screen. Rotate the rings in the bottom to catch the same matching colored balls.Catch the maximum number of balls in their appropriate colored rings to win. The game is overall quite light and runs on Android 4.4 and above version. Ball.io is more than just a match or a color switch game. It requires gamers to improve concentration as well as to have lightning-fast reflexes as well.Media Contact Company Name: PIKOBIT Contact Person: Dario Phone: +38763114040 Country: United States Website: https://play.google.com/store/apps/details?id=com.ball.colorswitch.ballsortAbout the company:PIKOBIT is a European Hyper casual Games Studio coming up with this latest brain game. The firm has already won hearts with this Ball.io Balls Shift game.For more details, please visit: https://play.google.com/store/apps/details?id=com.ball.colorswitch.ballsort

You can edit or delete your press release PIKOBIT Comes Up with High-Octane Ball.io Balls Shift Game for Improving Reflexes and More here

11-19-2020 | Leisure, Entertainment, Miscel …
PIKOBIT
PIKOBIT ROLES OUT COLOR CONNECT PUZZLE GAME
PIKOBIT brings in another brain-teasing and entertaining mobile game for the gaming populace with visuals full of attractive colored bulbs. November 18, 2020 – Color Connect is a simple but obsessive puzzle game like Flow Free that can keep one engaged for a long time.Gamers of allages can enjoy this. It helps how to solve various life puzzles. No matter what is their age, people, all over the world, love to solve

03-20-2019 | Business, Economy, Finances, B …
Fior Markets
Global Bearing Ball Market Forecast 2019-2024: Tsubaki Nakashima, Amatsuji Steel …
The market research study titled Global Bearing Ball Market Growth 2019-2024 specialized in current industry updates covers exclusive and analytical data through the span of seven years between 2019-2024. The research report has examined global market trends with recently obtainable data relevant to the amount of both market businesses and their market share.  The report studies how the challenges, risks, current approaches, and social problems could limit the market. It serves
03-07-2019 | Business, Economy, Finances, B …
WISE GUY RESEARCH CONSULTANTS PVT LTD
Research Report Explore Gymnastic Ball Market 2019
Wiseguyreports.Com Adds " Gymnastic Ball-Market Demand, Growth, Opportunities and Analysis Of Top Key Player Forecast To 2024" To Its Research Database Report Description: The global market size of Gymnastic Ball is $XX million in 2018 with XX CAGR from 2014 to 2018, and it is expected to reach $XX million by the end of 2024 with a CAGR of XX% from 2019 to 2024. Global Gymnastic Ball Market Report 2019 - Market Size,
03-13-2018 | Business, Economy, Finances, B …
Persistence Market Research
Energy Ball Market Opportunity Analysis by 2025
Energy drink, ball or bar is a highly nutritious product that uses scientific analysis to claim to enhance physical performance during rigorous physical activity and/or speedy recovery afterward. In this context, energy drinks, ball and bars are designed specifically to deliver both carbohydrates and essential vitamins & minerals into the body. The sports food and beverage market is a mature market and has reached a saturation point for key consumers,
03-10-2017 | Industry, Real Estate & Constr …
ReportBazzar
Global Yoga Ball Market Research Report 2017
This report studies Yoga Ball in Global market, especially in North America, Europe, China, Japan, Southeast Asia and India, focuses on top manufacturers in global market, with capacity, production, price, revenue and market share for each manufacturer, covering JOEREX Dmasun ALTUS GEPSON … Request Sample Report: http://www.reportbazzar.com/request-sample/?pid=820920&ptitle=Global+Yoga+Ball+Market+Research+Report+2017&req=Sample Market Segment by Regions, this report splits Global into several key Regions, with production, consumption, revenue, market share and growth rate of Yoga Ball in these regions, from 2011 to 2021
02-09-2017 | Business, Economy, Finances, B …
ReportBazzar
United States Golf Ball Market Report 2016
This report studies sales (consumption) of Golf Ball in United States market, focuses on the top players, with sales, price, revenue and market share for each player, covering Titleist Callaway TaylorMade Srixon DUNLOP XXIO Maruman MacGregorGOIf HONMA GOLF PING Nike Cleveland Mizuno Request Sample Report Here: http://www.reportbazzar.com/request-sample/?pid=684521&ptitle=United+States+Golf+Ball+Market+Report+2016&req=Sample Split by product types, with sales, revenue, price, market share and growth rate of each type, can be divided into Type I Type II Type III Split by applications, this report focuses on sales, market share and growth rate of Golf Ball
01-03-2017 | Sports
Furnas & Warner Inc.
SoccerToes teaches how to kick soccer ball
SoccerToes™ is a new product developed to teach children how to kick the ball correctly and improve their game. SoccerToes is designed for young children just starting to learn how to play soccer. It fastens onto the child's soccer shoe during practice kicking sessions. The device quickly teaches most kids not to kick the soccer ball with their toes, but with a sweeping motion of the side of
Comments about openPR
OpenPR is clearly structured and remains true to its principle of confining itself to the essential parts. OpenPR has proven to be a very good and reliable partner to our media agency: Within the shortest time the releases are online and go down well with the media representatives. The success of OpenPR is reflected in the steadily increasing number of press releases. It is good that OpenPR exists!
Ursula Koslik, Director Marketing & PR, F+W Hamburg