Increase of Foodborne Illnesses from US Imports 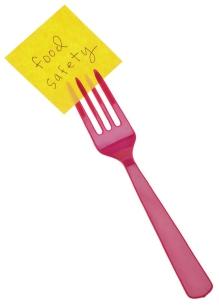 The Food Safety Office of the Centers for Disease Control and Prevention (CDC) issued a statement on March 14, 2012 that an analysis of their Foodborne Disease Outbreak Surveillance System data for 2005-2010 showed 39 outbreaks and 2,348 illnesses resulted from imported food. Of the 39 outbreaks, 17 occurred between 2009 and 2010 and 17 were associated with fish while 6 were due to spices (5 of these from fresh or dried peppers). Most outbreaks were caused by salmonella or histamine poisoning. In all 15 countries of origin were involved in these outbreaks, and nearly 45 percent of these in Asia.Although this shows that outbreaks from imported food are increasing in the US, it must be seen against the background of a general increase in import volumes to the United States. In 2002, the US Food and Drug Administration (FDA) reported 5.6 million imported food shipments into the US. By 2009 this figure had risen to 10.7 million and the CDC has reported that as much as 85 percent of seafood eaten in the US is imported, and depending on the time of the year, 60 percent of fresh produce is imported as well. Overall, imports account for 16 percent of food consumed in the US.US Congress demanded in the Food Safety Modernization Act (FSMA) increases to inspections of foreign facilities to tighten the safeguards of the US food import program. During fiscal year 2011, the FDA inspected around 1,000 of 254,000 registered foreign food facilities. As required by the FSMA the FDA will inspect more food facilities abroad during the 2012 to 2015 fiscal years.According to import alert 16-105 (http://www.accessdata.fda.gov/cms_ia/importalert_19.html) the FDA automatically detains seafood products from notorious sources specified on a “red list” due to a history of outbreaks caused by decomposition or histamine formation. Similarly with import alert 99-19 (http://www.accessdata.fda.gov/cms_ia/importalert_263.html) they automatically detain certain food products potentially containing salmonella. Due to a change introduced by the FSMA in 2001, to detain the product the FDA no longer needs evidence a product can cause harm, illness or death, simply a reason to believe the product could cause harm, illness or death.About SGS Food Safety Services SGS performs microbiological testing (http://www.sgs.com/en/Agriculture-Food/Food/Primary-Production/Testing-and-Analytical-Services/Microbiological-Tests.aspx) for salmonella, other pathogenic microorganisms and histamine in its food laboratories. Throughout its global network, SGS is able to provide a comprehensive range of services, including analytical testing, auditing, inspections and technical support for food companies worldwide.SGS is the world’s leading inspection, verification, testing and certification company. SGS is recognized as the global benchmark for quality and integrity. With 70,000 employees, SGS operates a network of over 1,350 offices and laboratories around the world.Please do not hesitate to contact SGS for further information.Contact details:SGS Consumer Testing Services James Cook Food Safety Technologist 291 Fairfield Ave, Fairfield, New Jersey 07004, USAt: +1 973 575 5252 Email: cts.media@sgs.com Website: http://www.sgs.com/pages/consumer-testing/sgs-consumer-goods-and-retail.aspx

04-25-2016 | Business, Economy, Finances, B …
SGS Consumer Testing Services
End of Transition Period for Australian Electrical Standards
Compliance Mark for Electrical Products The single Regulatory Compliance Mark (RCM) was introduced including a three-year transition period. The RCM illustrates a product’s compliance with all applicable ACMA standards—telecommunications, radio communications, electromagnetic compatibility (EMC) and electromagnetic energy (EME). Suppliers must register on the online national database and start using the RCM. Phasing out C-Tick and A-Tick Products that have already been labeled with the C-Tick or A-Tick can continue to be supplied until labeled stock
04-04-2016 | Business, Economy, Finances, B …
SGS Consumer Testing Services
First From SGS – Semiconductor Development Functional Safety Training
Rising to the challenges of the automotive industry, SGS has developed functional safety training courses specifically focused on semiconductor development in accordance with ISO 26262 and ISO/PAS 18451. Launching in April 2016, SGS will deliver new training courses at various locations, including California, USA and Munich, Germany. Achieve SC-AFSP Qualification Offering training and formal qualifications for semiconductor developers, this brand new two-stage training course is tailored specifically to the semiconductor industry’s development
03-21-2016 | Industry, Real Estate & Constr …
SGS Consumer Testing Services
Electrical Regulations Revised in South Korea
The beginning of 2016 brings regulatory changes in South Korea, with many of them impacting electrical and electronic products’ EMC compliance, as well as KC marking requirements. EMI and EMS Standards Harmonized in Amendment The electromagnetic interference criterion (EMI) and the electromagnetic susceptibility criterion (EMS) were applicable to electrical and electronic (EE) products prior to the publication of the amendment on December 3, 2015. This amendment does not signify a change in
03-15-2016 | Business, Economy, Finances, B …
SGS Consumer Testing Services
France Issues Notice to Decree N° 99-777 Regarding Deckchair Safety
France has issued a notice to decree n° 99-777 of September 9, 1999 on the prevention of risks resulting from the use of deckchairs, referring to version 2015 of NF D 61 – 062. Different Standard for Certain Deckchair Models On February 5, 2016, the French government issued a notice to decree 99-777 of September 9,1999 on the prevention of risks resulting from the use of deckchairs. This notice [1] makes it mandatory

03-08-2019 | Advertising, Media Consulting, …
QandQ Market Research
Food Defoamer Market
https://www.qandqmarketresearch.com/reports/7631499/food-defoamer-market-16 The global Food Defoamer market is valued at million US$ in 2018 and will reach million US$ by the end of 2025, growing at a CAGR of during 20192025. The objectives of this study are to define, segment, and project the size of the Food Defoamer market based on company, product type, end user and key regions. This report studies the global market size of Food Defoamer in key regions like
02-04-2019 | Advertising, Media Consulting, …
QandQ Market Research
Prebiotic Food Market
https://www.qandqmarketresearch.com/reports/7463115/prebiotic-food-market-106 The global Prebiotic Food market is valued at million US$ in 2018 is expected to reach million US$ by the end of 2025, growing at a CAGR of during 20192025. This report focuses on Prebiotic Food volume and value at global level, regional level and company level. From a global perspective, this report represents overall Prebiotic Food market size by analyzing historical data and future prospect. Regionally, this report focuses on
12-04-2018 | Business, Economy, Finances, B …
Garner Insights
Food Additives Testing Market
Food Additives Testing Market Overview: Summary:Excellence consistency maintains by Garner Insights in Research Report in which studies the global Food Additives Testing market status and forecast, categorizes and Equipment market value by manufacturers, type, application, and region. Get Access to Report Sample: http://bit.ly/2FXMFGT The research report titled, Food Additives Testing market has adopted a systematic way to evaluate the dynamics of the overall market. It provides a comprehensive study comprising of a top-to-bottom research
09-03-2018 | Tourism, Cars, Traffic
Foodhoopingeurope
Wonderful Barcelona food tour
Barcelona food tour at its best Enjoy a great city with even greater meals. The Catalan kitchen has many surprises and offers different variations of classic Spanish meals. Fresh fish from the sea combined with selected ingredients and spices create special meals with a remarkable taste. Guests enjoy the menu’s in a very special environment in the young and beautiful city Barcelona. Enjoy your meals and a great stay with Foodhopping
01-10-2018 | Business, Economy, Finances, B …
WISE GUY RESEARCH CONSULTANTS PVT LTD
Milk Food Limited
"Milk Food Limited - Company Profile & Financial Analysis" contains in depth information and data about the company and its operations. You will find information on the business structure, areas of operation, products and services offered by the company. It also comprises SWOT analysis, key ratios, historical financial data and insider’s view on financial stability and industrial ranking with financial forecasts for two- year period. This report is a decisive resource
02-15-2017 | Business, Economy, Finances, B …
ReportBazzar
Packaged Food in Croatia
Packaged food has never been much influenced by the economy given its essential nature. But, just as consumers have been reluctant to sharply reduce their purchases of packaged food during the hardest economic times, they are inert in increasing their consumption now that disposable income is rising. Consumer habits are hard to change when it comes to food, because food is a basic household necessity. Euromonitor International’s Packaged Food in Croatia
Comments about openPR
Your portal is fast, simple, and easy to use. Others may have more functions but they also demand more editing time, you have to preformat the text in order to achieve a good result etc. I think openPR is really fantastic!
Andreas Knepper, wallmedien AG