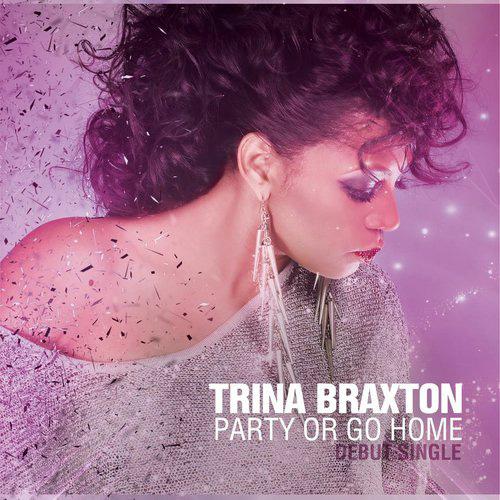 On Monday April 16th at 12PM & 4PM Indies Stand up Radio presents The Gossiping Heifers Show featuring special guest Trina Braxton. Trina Braxton is a member of the WE hit reality show “Braxton Family Values,” is the 5th child of Michael and Evelyn Braxton, is a multi-talented actress and singer. She has acted in Tyler Perry’s play, "Meet the Browns” as Tracy Stevens and was also part of the play “Rise”, written by Cheryl “Salt” James-Wray from Salt-n-Pepa and Christopher “Play” Martin from the rap duo Kid ‘n Play. Trina has appeared in “The Walk” with Eva Pigford and Vanessa Bell and has toured and traveled with several other plays. Plus, she’s co-starred in two independent films including “Jail Party” and hosted the un-broadcasted “Urban Idol” for UPN. While in The Braxton’s, Trina discovered her passion for songwriting and modeling. She often sings background for Toni while recording with her band “Simply Irresistible” at their studio “The Bass Mint” in Atlanta, Georgia. Today she finds herself working on her first solo music album with the EP album set to release in the summer of 2012. Trina’s ultimate goal is to be an “absolute pop star."Check out her single "Party or Go Home" on YouTube Be sure to visit indiesstandup.com for more information before the show. The Gossiping Heifers air regular segments on Mondays 12PM & 4PM CST and Fridays 4PM & 8PM. The Gossiping Heifers give the pulse of today's news, entertainment and life talk topics. An archive of the show will be available at the link immediately following the show or listeners can subscribe to the archives via the RSS feed located on the host page. Read more about the Indies Stand up Radio and The Gossiping Heifers at the following websites; Indies Stand Up Radio indiesstandup.com The Gossiping Heifers gossipingheifers.ning.com About Indies Stand up Radio IndiesStandUp.com Radio and 9T Degrees Music Group founders Michael K. Jones and Tony (Tigerstyle) Lowery have created a media powerhouse dedicated to spotlighting some of the best on-the-verge independent artists worldwide! Introducing IndiesStandUp.com, IndiesStandUp.com Radio, and 9T Degrees Music Group. Originally hailing from Illinois, Jones and Lowery emerged IndiesStandUp.com in August of 2010. "Our aim is to create a no-nonsense, Indie music driven organization that will maximize exposure, income, and marketability for thriving independent artists."- Mike Jones. "Exactly, we both understand the difficulties, obstacles, and politics that can come into play within the terrestrial radio atmosphere, and advocate for Artists controlling their careers in as many aspects as possible."-Tony Lowery.IndiesStandUp.com Radio is a main stage for breaking new music, artist promotion, news, politics, and broad variety of media entertainment! Our show spectrum is designed for the "on the go" social networking fan, as well as the "heard it first" music lover.We are a BDS scanned station licensed with BMI, ASCAP and SESAC. All artists who submit PRO registered, copyrighted works will be paid royalties. Our station is aired worldwide and airplay is free to all artists who submit their music.About The Gossiping Heifers The two sister team, The Gossiping Heifers is one of the fastest growing talk show that covers news headlines, entertainment commentary and celebrity gossip. The show offers urban flare and a heifer's opinion on what's happening! Description The Gossiping Heifers began as a simple idea between two sisters. The vision of the sisters was to create a hot informative and funny show discussing entertainment headlines, lifestyle and community features spotlights for television. Beginning on the internet with their hit show, The Gossiping Heifers gained over 5 million subscribers within a year’s time. The Gossiping Heifers gained additional recognition when they began to interview celebrities such as; Kevin Hart, Rocmond Dunbar, Marques Houston, Royce Reed of Basketball Wives, Elgin Charles, Ray Lavender “Ultimate Merger” , Tinonna Smalls of VH1’s “What Chili Wants,” Steve Ward of VH1 Tough Love and Shanda Freeman of “Man and Wife TV.” The show soon began drawing local attention in addition to their worldwide audience and grew rapidly in ratings and popularity.Protege PR specializes in PR consulting, viral PR campaigns and press distribution.3350 Hwy 6 Suite 403 Sugar Land, TX 77478

03-01-2018 | Industry, Real Estate & Constr …
kplus konzept GmbH
New restaurant design in Leipzig – Modern buffet concept under the flying carp …
Since November 2017, Leipzig has a new place to be to satisfy the big and little hunger between 8 a.m. and midnight: the FOODKURT. Located at the historical site the ‘BernsteinCarré’ at the trade crossroad “Brühl“, it is based on a bar-restaurant-market concept with ‘Kurt’ as the appealing feature. Designed and staged in an authentic, stylish and eventful way - by kplus konzept. Eat anytime, anywhere – in the FOODKURT The interior
05-17-2017 | Tourism, Cars, Traffic
ONYX Hospitality Group
Whatever the reason for getting away, Amari Havodda Maldives has it all covered!
Enjoy activities for a romantic getaway, family holiday, girls’ getaway or adventure trip for the boys Bangkok, Thailand. – Tucked away in the Gaafu Dhaalu Atoll, one of the most preserved atolls in the Maldivian archipelago, Amari Havodda Maldives is an ideal spot for anyone looking for an escape in a tropical paradise. Featuring warm and friendly spaces to facilitate interaction among couples and larger groups, the private island resort has
08-22-2011 | Leisure, Entertainment, Miscel …
Protege PR
Basketball Wives' Royce Reed Interviewed by The Gossiping Heifers
PROTÉGÉ PR PRESS RELEASE THE GOSSIPING HEIFERS TALK WITH BASKETBALL WIVES’ ROYCE REED Houston, TX August 18, 2011: The hottest talk show in Houston is on the radio! The Gossiping Heifers talk radio show covers news, celebrity gossip and an array of talk topics. Our special guest Basketball Wives' Royce Reed joins us. Royce Reed was born and raised in Orlando, Florida. She graduated from Florida A&M University with a degree in
Comments about openPR
I can't but agree to the positive statements about your portal: easy to use, clear layout, very good search function, and quick editing!
Jens O'Brien, Borgmeier Media Communication