Ren Omowale Reaches For The Stars With Barbados Dancehall Music 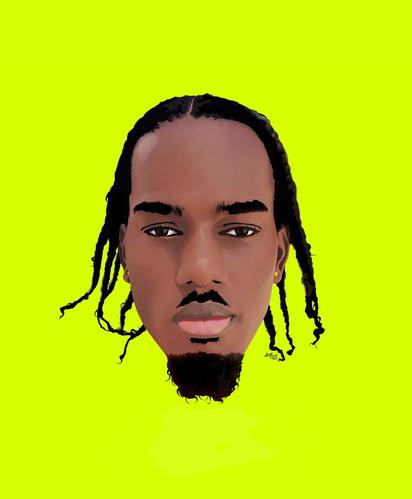 Barbados Dancehall has been creating waves in the international reggae music genre. Musician Ren Omowale is creating upbeat tracks and aims to make it big in the entertainment world.31 October 2020, Bridgetown, Barbados: Music has no boundaries, and musician Ren Omowale aims to prove that. He specializes in Bajan Reggae and Barbados Dancehall. He is reaching for the stars with his upbeat tracks that render authenticity while being rich in international flavor.“I have strong roots in Bajan Reggae and Bajan Dancehall, and I grew up admiring and following the legends in this genre. When I started making music, I have continued making tracks in this field and want to promote it in the international arena also,” states Ren.The singer has come up with tracks like ‘Dreams’ or ‘Round One’. These are by far some of the latest songs and are already raking in many views. Round One is a single released in October 2013 and has already notched up many likes and shares on all the online platforms. His other tracks, Clap It and Nuh Listen, is all equally popular.Singers and legendary musicians like Mike Tomlinson, King Jammy, Wayne Smith, and more recently, Drake, Major Lazer, and Rihanna have made remarkable contributions. They have already familiarized Barbados Dancehall in the West, but the genre is yet to reach its pinnacle of popularity. It has inspired Ren and other new-age musicians to develop newer songs and work on reworking the magic in this genre. This form of music is intrinsic to the Jamaican culture, and one cannot isolate one from another.YouTube Video Link: https://youtu.be/Dj8LVVpbBFwAbout the Singer: Ren Omowale is a Barbados based singer, with around 12 songs under his wings. The singer’s songs are available for download, and music lovers can play at Apple Music, Spotify, YouTube, Audiomack, and iTunes. For more details, please visit https://www.linktr.ee/RenOmowale