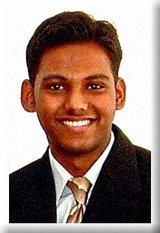 Injustice anywhere is a threat to justice everywhere and today we have a juvenile being branded as a serial killer by media all over India. Since 02/06/07, the media in India has been extensively covering and sensationalizing the case of a nine-year-old juvenile who has allegedly killed three children in the past one year. The press has branded him as a ‘serial killer’; it has gone to the extent of publishing his photograph with such news items along with the name of his village. The press has grossly disregarded Section 21 of the Juvenile Justice (Care and Protection of Children) Act, 2006 enacted by the Government of India which prohibits publication of the name, address or any other particulars calculated to lead to the identification of the juvenile. The said provision also prohibits publication of the juvenile’s picture. However, only if the enquiring authority in the interest of the juvenile permits such disclosure in writing, then the press is justified in publishing such news. In the instant case, it is very unlikely that the enquiring authority gave any such permission, even if such permission was given, then was it in the interest of the juvenile? I am a student of V.M. Salgaocar College of Law, Panaji, Goa, India. I attach immense importance to the rule of law and the right to fair trial, with special emphasis as regards juveniles in conflict with law. Arjun Natarajan V.M. Salgaocar College of Law Panaji, Goa India arjun.vmslaw@gmail.com

07-02-2008 | Politics, Law & Society
Arjun Natarajan - Student
In India Six Year old Shoots Sister and Media Shoots Juvenile Justice Act
Media in India has splashed all over the news that a named six year old boy shot dead his named three year old sister in a named vilage in Durg district of Chhattisgarh state. In India, this is not the first time media has taken the law of the land for a ride in such instances. While reporting Gurgaon Euro International School shooting, eight year old Bihar child serial killer, Satna
01-22-2008 | Politics, Law & Society
Arjun Natarajan - Student
Journalism with a Human Touch vs India's Juvenile Justice Act
Quote by Mr Philip Mathew, Managing Editor, The Week Vol 26 NO 5 Dec 24-Dec 30, 2007 goes as "Journalism with a Human Touch means much more than writing about people behind the story and the story behind the people. The Human Touch signifies compassion, a deep sense of fairness, a concern for human dignity, a crusading temperament. As the magazine celebrates its silver jubilee, we renew our resolve to
01-07-2008 | Politics, Law & Society
Arjun Natarajan - Student
Indian Media shoots Juvenile Justice Act in reporting Satna School killing
The Media in India seems to firmly believe in the C E M Joad quote “The secret of successful journalism is to make your readers so angry they will write half your paper for you”. The current state of the news media is partially to blame for the public’s general lack of information vital for responsible citizenship in a democracy. The news about a boy shooting another boy
12-14-2007 | Politics, Law & Society
Arjun Natarajan - Student
Media takes Juvenile Justice Act 2006 India for a ride in sensationalizing Gurga …
The news about Gurgaon Euro International School shooting has been splashed by media all over. However, while reporting this good number of reputed media including some of the very famous Indian ones has grossly disregarded Section 21 of the Juvenile Justice (Care and Protection of Children) Act, 2006 enacted by the Government of India which prohibits publication of the name, address or any other particulars calculated to lead to the