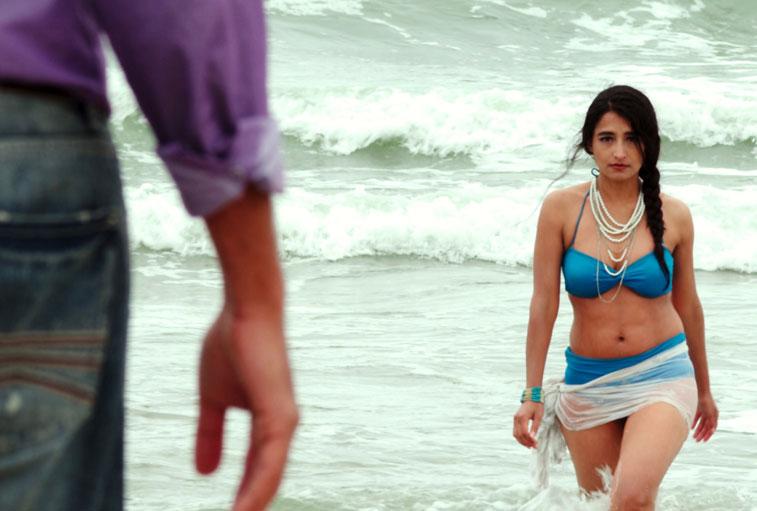 Middletown, New Jersey, April 05, 2012: The producers of the upcoming Bollywood movie Pyar Mein Kyun have announced the launch of a song trailer to promote the movie amongst its worldwide target audience. Created by award winning film writer and director Hyder Bilgrami, the movie PMK is a classy romantic love story with twists and turns that provide drama, entertainment, mystique and a thrilling experience. The star cast of this much anticipated Hindi movie include actors Obaid Kadwani and Khatera Hakimi, with Sonny Chatrath, Deena Safi, and Michael Dean in supporting roles. The new song trailer is available on YouTube at the following URL: http://www.youtube.com/watch?v=mg3i5vwwptkRKNet Studios is producing new generation digital media films using the universal language - the body language, in the tradition of Bollywood and Hollywood. They are utilizing global talent with local resources to produce full feature films for audiences world-wide. Granted, the language in their movies is Bollywood Hindi and English, with English and Spanish subtitles, but, what’s so intriguing is the director’s focus on the use of the universal language, the body language. Body language is an important part of human communications; which can constitute 80% or more of what we are communicating. Body language comes in clusters of signals and postures, depending on the internal emotions and mental states. Recognizing a whole cluster is thus far more universal and reliable form of communication than trying to interpret individual elements of spoken words in a dialog.According to Hollywood movies can take the age old story of love between a man and a woman in the most intriguing and authentic manner to produce one box office hit after another, and the movie Pyar Mein Kyun (http://www.pyarmeinkyun.com) is as authentic in its story and storytelling. It is the story of 2nd generation South Asian love, romance, heart-wrenching deception and drama between an older man and a 19 year old girl in our globally connected and socially networked generation. Sometimes things are not quite what they seem!RKNet Studio films are aimed at younger audiences worldwide - over 500 million English-speaking South Asian middle class - that are looking for more spice from Bollywood. However, they are not making mythological movies that are fabulously unreal. They’re just keeping it real, entertaining, and thrilling.We are going live with the launch of the movie website and the first look song trailer.RKNet Studios is in the business of producing, marketing and distributing digital media content including full feature films, for the 500 million strong English speaking South Asian middle-class populations in the 17+ age group around the globe. The company is positioning itself to offer comprehensive range of creative, technical, financial, promotional, marketing, distribution, and trading support to its clients, as well as, utilize these in-house resources in the production of full feature films for global distribution. RKNet Studios aims to become a single destination for video and film related services that exceed the expectations of its valued clients.Mr. Anant Goel RKNet Studios 510 Abby Road Middletown NJ 07748 Ph: 1-732-224-0445 Email: abgoel@rknetstudios.com Website: http://www.rknetstudios.comFor queries related to the distribution of this Press Release, please contact: Rish Mon Online PR New Delhi, India http://onlinepr.in +91 9971722917