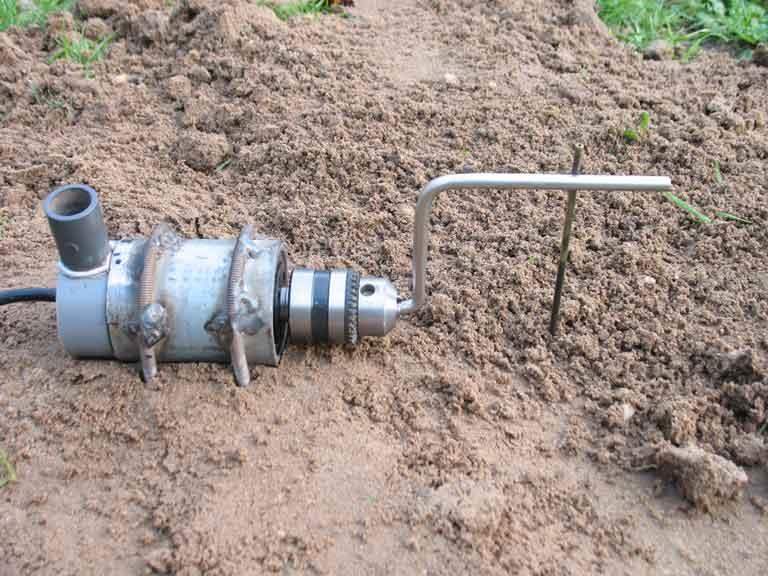 The Netherlands' top agricultural and horticultural school, the University of Applied Sciences HAS Den Bosch, in conjunction with Wageningen University, another leading Dutch institution, acquired a Mecmesin Static Torque Screwdriver and an Advanced Torque Gauge to help in their research into improving the yield and quality of Teff, a gluten-free cereal. Teff – Latin name: eragrostis tef – originates in Ethiopia but is currently grown in Europe, the United States, and elsewhere. Teff contains no gluten but is rich in protein, calcium, fibre, and iron, so is potentially important as a health food product and as a wheat alternative for sufferers of coeliac disease. But teff has struggled to bring growers commercial benefits. The quantities of Ethiopian-grown teff sold on world markets are low, and the cereal failed to grow well in the early stages of its introduction to Europe. Researchers at Wageningen University discovered that a major cause of inhibited yield was the lodging (permanent displacement) of plants. Several field trials were conducted to identify the causes of this lodging. The University of Manchester supplied the Centre for Crop Systems Analysis in the Netherlands with a Mecmesin torque testing screwdriver to perform tests in the field. For over 30 years, Mecmesin, a West Sussex-based maker of torque and force testing devices, has been providing innovative and affordable measuring solutions for a broad range of applications. In these tests, entire plants were measured and the three largest shoots carefully removed. The centres of gravity of the entire plant and each separate shoot were obtained by balancing the plant/shoot on a thin, smooth metal tube and measuring the distance between balance point and base end. The gravitational moment of plants, shoots, and panicles under 0, 3, 45, and 60 degrees was obtained using a custom-designed lodging meter, made from a highly sensitive Mecmesin digital torque screwdriver that reads up to 1.5Nm of torque in steps of 0.0001Nm.The Dutch researchers adopted the Mecmesin device on the advice of their colleagues at Manchester University and praise it warmly for its simplicity and usability. "The Mecmesin digital torque screwdriver was simple and straightforward to operate and it was very helpful that the user guide PDF was on the net." Sander H van Delden, Teacher/Researcher at the Department of Plant-Soil Interaction, HAS Den Bosch, Wageningen UniversityEquipment • Static Torque Screwdriver – recommended for torque applications requiring fewer than 180 degrees of rotation • Advanced Torque Gauge – for reading of torque and storage of test dataFor details about the study in which the Mecmesin device was used, please see Delden, S.H. van; Vos, J.; Ennos, A.R.; Stomph, T.J. (2010). Analysing lodging of the panicle bearing cereal teff (Eragrostis tef). New Phytologist 186 (3). p. 696 - 707.www.mecmesin.comA leading designer and manufacturer of force and torque test equipment for over 30 years, Mecmesin offers precision test instruments and systems that are accurate, reliable and excellent value for money.Newton House Spring Copse Business Park Slinfold West Sussex RH13 0SZ United Kingdom

05-26-2020 | Advertising, Media Consulting, …
Ample Market Research & Consulting Private Limited
Nursing Education Market Can Become Bigger in Five Years? Key Players Duke Unive …
The Nursing Education Market Research Report aims to provide insights that strongly demonstrate the market structure, scope, history, potential, and development perspective. By crossing through the historical and present market status, the Nursing Education market report provides authentic and reliable estimates for the forecast period. The report presents the market competitive landscape and consistent in-depth analysis of the major vendor/key players in the market along with the impact of economic
05-05-2020 | Health & Medicine
The Research Insights
Nursing Education Market Research Report 2020-2027| Duke University, Johns Hopki …
An informative data report titled Nursing Education Market was published by The Research Insights. It takes a closer look at the different aspects of the businesses, that are responsible for fueling the growth of the companies. Additionally, it offers some significant factors, which are restraining the progress of the industries. Primary and secondary research techniques have been used by analysts to study the data effectively. The global market is estimated
02-01-2019 | Science & Education
KLE Technological University
KLE Technological University partners with Coventry University, UK
KLE Tech, in its endeavour to create better learning environments to students and giving them multi-cultural exposure, has entered into a MoU with Coventry University (www.coventry.ac.in), one of the leading universities of United Kingdom. Prof.Ashok Shettar, Vice Chancellor signed the MoU with Prof.Richard Dashwood, Deputy Vice-Chancellor (Research) of Coventry University on October 08, 2018. As per this MoU, both Universities would be collaboratively working in the areas of research, faculty development
06-08-2017 | Science & Education
Banasthali
Banasthali Vidyapith – University for Women & University with a Difference
Every educational institution in India today has a name but only very few like Banasthali have a legacy. The evolution of Banasthali is nothing short of a fairy tale in which the parents freedom fighter and Gandhian Pt Hiralal Shastri and Padma Bhushan & Jamnalal Babaj Award winner Smt Ratan Shastri took up the mission with passion for setting up an institution at Banasthali to fulfill the desire of their
02-01-2011 | Advertising, Media Consulting, …
IMM Interactive
COPEAC UNVEILS “COPEAC UNIVERSITY”
COPEAC Affiliate Network Launches Exclusive Education Portal Woodbury, NY (January 26, 2011) – COPEAC, IMM Interactive’s exclusive affiliate network, is one of the largest and most respected performance-based ad networks in the digital advertising sector with over 40K publishing partners. For these partners, COPEAC is offering an exclusive education tool called COPEAC University; an online education portal with valuable resources for success in Affiliate Marketing. Offered exclusively for COPEAC members, COPEAC
06-17-2010 | Science & Education
Global Academy Online, Inc.
University of South Africa, Number One Online University in Africa
According to the 2010 edition of the Best Worst Online Degree Programs, the University of South Africa is ranked the number one online degree provider among Africa’s 53 nations. The University of South Africa’s vision is to be Africa’s premier distance learning institution. It would appear, according to the e-book that they have succeeded. The university’s roots go back over 130 years. The Division of External Studies was created
Comments about openPR
I can't but agree to the positive statements about your portal: easy to use, clear layout, very good search function, and quick editing!
Jens O'Brien, Borgmeier Media Communication