Press release from: The Altruist League 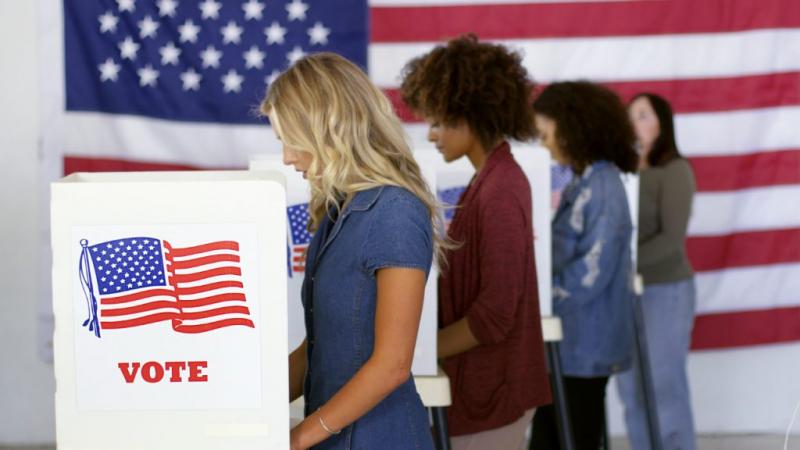 Fully 65% of Americans between the ages of 18 and 29 intend to vote, far above the historical average of 46%Geneva, Switzerland: The U.S. presidential election is likely to be decided by the young, in particular people between the ages of 18 and 30, reported the Altruist League, a Geneva-based consultancy.The League’s survey, done in early October and encompassing 2,504 respondents in all 50 states, reveals that one month before the election the self-reported likelihood of voting sits nearly 20 percentage points above where it did before the 2016 election. The results are attributed to three key reasons:1. The rise of activist grassroots movements, such as Sunrise and Black Lives Matter, which actively and strategically encourage the young to vote2. The increased political engagement of celebrities and other influencers this age group follows and respects3. The polarizing persona of Donald Trump and the overall belief among the demographic that the country is not going in the right direction. This belief is held by close to 90 percent of respondentsEkaterina Chernova, the Altruist League’s Head of Research said, “That young people for the most part don’t like Trump is no surprise. The surprise is that, for the first time, they seem poised to do something about it, by actually turning out to vote in big numbers. This is unprecedented. ”Milos Maricic, President of the Altruist League said, “Activist movements are becoming more focused, more professional and more capable of driving the young towards political engagement. There seems to be a paradox here - young people have less hope in the future or in changing the system but are more likely to act to change things. Being political, long perceived as boring and uncool, is not anymore - for many young people, it has become part of their identity.”Anna Berger VP of Communications The Altruist League anna.berger@altruistleague.com 27 Cure-Desclouds 1226 Thonex Switzerland +41792518023About the Altruist League: The Altruist League helps philanthropists and corporations build state of the art philanthropic portfolios and sustainable strategies for leading real, systemic change and managing ESG risk. Its grassroots movement dataset is the biggest and most authoritative of its kind globally, and its use of AI is leading the industry.

You can edit or delete your press release Youth turnout to be unprecedented, decide U.S. presidential election here

12-17-2012 | Associations & Organizations
Schwartz Media Strategies
The Junior League of Miami Appoints Katie Lane-Arriola as President for 2013
MIAMI, FL – December 3, 2012 – The Junior League of Miami has appointed Katie Lane-Arriola to a one-year term as President of its Board of Directors. In this role, Ms. Arriola will be responsible for shaping The Junior League’s 2013 slate of community-focused priorities, with an emphasis on improving the lives of women, children and families. Ms. Arriola joined the Junior League of Miami in 1997 and has since been
01-11-2012 | Leisure, Entertainment, Miscel …
Alzheimer's Association Long Island
New York Islanders Host Fundraising Night for Alzheimer’s Association Long Isl …
Alzheimer’s Association Long Island will get an “assist” from the National Hockey League’s New York Islanders with a special fundraising night on February 24 at Nassau Coliseum when the Islanders face off against their division rivals, the New York Rangers, at 7 p.m. The Islanders are teaming up with Alzheimer’s Association Long Island to raise funds for their mission to eliminate Alzheimer’s disease through the advancement of research to provide and
06-06-2011 | Associations & Organizations
Junior League of Collin County
Junior League of Plano Rebrands as Junior League of Collin County
Collin County’s growing number of charitable needs coupled with a more diverse base of volunteers sparked the Junior League of Plano to rebrand the 35-year-old organization as the Junior League of Collin County. The rebranding also includes the unveiling of a new logo and a new tagline: Founded in Plano. Dedicated to Collin County. “Over the past couple of years, we have been evaluating the need for changing our name
05-06-2011 | Sports
Adfactors PR
NBA Star Brandon Jennings To Visit India To Continue Growth Of Basketball
NEW YORK and MUMBAI, May 5 – National Basketball Association (NBA) rising star Brandon Jennings of the Milwaukee Bucks will travel to India from May 13 to 18 to conduct a series of events to grow the game of basketball in Mumbai and Pune. Jennings became the youngest player to score 55 points in a game on November 14, 2009 and is the 16th NBA or WNBA player or
03-24-2011 | Politics, Law & Society
Gardere Wynne Sewell LLP
Mason Receives Anti-Defamation League’s Daniel R. Ginsberg Leadership Award
HOUSTON – Jessica Glatzer Mason, a Labor and Employment associate in the Houston office of Gardere Wynne Sewell LLP, has been named a recipient of the Anti-Defamation League’s prestigious Daniel R. Ginsberg Leadership Award for her leadership, dedication and commitment to the ADL’s goals. Ms. Mason will receive the Daniel R. Ginsberg Leadership Award at the National Leadership Conference dinner on April 3 in Washington, D.C. The Daniel R. Ginsberg Award
03-16-2010 | Sports
Daktronics Inc.
Impact Video’s Colossal Daktronics Illuminators Score Big in the American Hock …
BROOKINGS, S.D. - March 10, 2010 - Impact Video, a Daktronics (Nasdaq-DAKT) rental partner, had its 22’ H x 30’ W Illuminator truck-mounted LED video screens on hand at the New York State Fairgrounds in Syracuse, NY to provide enhanced viewing at the first Annual AHL Winter Classic presented by Mirabito Fuel Systems on February 20, 2010. The Mirabito Classic was a huge success with a record of 21,508 hockey
Comments about openPR
OpenPR is clearly structured and remains true to its principle of confining itself to the essential parts. OpenPR has proven to be a very good and reliable partner to our media agency: Within the shortest time the releases are online and go down well with the media representatives. The success of OpenPR is reflected in the steadily increasing number of press releases. It is good that OpenPR exists!
Ursula Koslik, Director Marketing & PR, F+W Hamburg