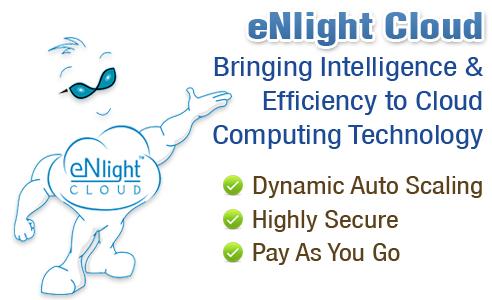 Leeds, UK - In one of the recent interviews with eUkhost, a spokesman confirmed that the entire cloud cluster was sold-out in its first phase. With a massive positive response for the product, he confirmed that a new cluster configuration is in the process of setup and would be made available for users shortly.“Our latest and the highly advanced Auto-Scalable Intelligent Cloud Hosting platform 'eNlight' has been a massive hit, it has out performed our expectations. The response from users have risen our ambitions about the product, hence we've decided to expand the services further. Hence, we'd be setting up a cluster with a high configuration hardware as follows Dell R610, 96 GB RAM, DUAL HEXA X5650, Equalogic storage 6110XV - 24 x 600 GB SAS”, said Mark Ducadi, CMO at eUkhost Ltd.Based on the description available at the website and after speaking to their Technical officer at eUkhost ltd., the eNlight platform is supposed to be based on Xen and its server architecture is setup to offer 100% uptime, scalability and data security to users. The platform holds the capability of assigning additional CPU's, RAM automatically to the VM from its massive resource pool without the need of any manual intervention. Being based on a Pay-Per-Use model, users are only billed for the portion of resources that website has actually used. When the requirements lowers, the platform automatically deallocates the unused portion of previously allocated RAM and CPU making it free for other VM's, this facility avoids the unnecessary charges for the unused resources. “We've had a couple of VPS's with eUkhost wherein a fixed monthly fees was charged to us. With an intention to verify the claims about eNlight, we decided to test it for a couple of websites of ours. To our surprise it not only over passed the tests, it also helped us save a significant amount compared to what we would have paid if we continued to host on a VPS”, said one of the customers at eUkhost.“The response of this advanced segment of service has raised our expectations and we look forward to an even better response from users once the new cluster is up and available to users”,said the CEO at eUkhost. “The most remarkable aspect of eNlight platform is its intelligent auto-scalability with a unique combination of pay-per-use. Users can keep a track of usage and billing for every 5 minutes and manage the usage accordingly, making it a highly transparent and affordable affair”, he further added.Despite being sold out at the moment, eUkhost has offered scope for users to pre-order the package, accounts for such users would be set-up on priority before the new orders are accepted from others.To learn more, visit http://www.eukhost.com/cloud-hosting.php for more information.Launched in 2001, eUKhost Ltd. offer a range of services including Shared Hosting, Reseller Hosting, Business Hosting, Virtual Private Servers (VPS), Cloud Hosting, Dedicated Servers, SSL Certificates and Offsite Backup Solutions. 24/7 technical support is available and 99.95% uptime guarantee is offered as standard with their UK-based servers.eUKhost Ltd., Building 3, City West Office Park, Gelderd Road, Leeds, LS12 6LX Tel: 0808 262 0255 Email: sales(at)eUKhost(dot)com

09-30-2013 | IT, New Media & Software
eUKhost Ltd.
eUKhost Ltd. now offers Windows 2012 Hyper-V eLite VMs with Disaster Recovery.
30th September 2013 Leeds, UK- eUKhost Ltd, one of the leading web hosting provider from the UK announced the launch of its new Windows Server 2012 Hyper-V eLite Virtual Servers. The new Windows Server 2012 Virtual Machines operate on Microsoft Hyper-V hypervisor-based technology which provides true Hardware Virtualization and complete isolation from other accounts on the same physical server while the availability of the latest Windows Server 2012 Standard Edition
09-25-2013 | IT, New Media & Software
eUKhost Ltd.
eUKhost Ltd. Introduces Disaster Recovery (DR) Service on eNlight Cloud Platform
Monday, 12th August 2013 – Leeds, UK- eUKhost Ltd., a leading UK web hosting provider for over 11 years, is pleased to introduce their new solution; Disaster Recovery as a Service on eNlight Cloud. eNlight Cloud has already established itself as an highly innovative, auto-scaling cloud platform, and with DR service on eNlight, its versatility increases even further. Disaster Recovery as a Service is based on cloud computing architecture, a
01-29-2013 | IT, New Media & Software
eUKhost Ltd.
eUKhost – eNlight, Cloud Hosting Success stories of 2012, feature rich version …
Monday, 28th Jan 2013 – Leeds, UK – Since the launch of eNlight Cloud, eUKhost Ltd. has joined the league of leading cloud server hosting providers in the UK. As a trusted web hosting provider in the UK, eUKhost has seen eNlight Cloud grow rapidly in popularity among UK businesses – large and small alike. With rapid innovations in cloud computing technology, businesses are increasingly turning to cloud as the ideal hosting
10-23-2012 | IT, New Media & Software
eUKhost Ltd.
Online Cloud Backup & Storage Services by eUKhost Ltd.
Monday, 22nd October 2012 - eUKhost Ltd. - Leeds, UK- eUKhost®™ Ltd, one of the UK’s leading premium web hosting providers, today launched CloudCopy, an innovative cloud-based backup service that will provide users with a secure and reliable method of backing up their local files so that they can be accessed from a number of different platforms. As well as providing a web interface through which customers can view their

03-20-2019 | IT, New Media & Software
Big Market Research
Cloud Storage Market
Cloud storage is a complete solution package, which includes software and services to manage, maintain, and store data in a virtual environment. It helps both large and small & medium enterprises to store and access relevant information from data center through the Internet. These data centers are maintained at distant places and are connected through networks, which enable the users to access information using the Internet. Cloud storage gives additional
02-07-2019 | IT, New Media & Software
Global Cloud Storage Market
Global Cloud Storage Market
Global Cloud Storage Market – Industry Analysis and Forecast (2017-2026) – by Type, Deployment Model, Organization Size, Vertical, and Geography. Global Cloud Storage Market was valued US$ 35.1 Bn in 2017 and is expected to reach US$ 197.4 Bn by 2026, at a CAGR of 25.99% during forecast period. Cloud storage is allowing enterprises to store information on remote servers which can be accessed using internet. These remote servers are operated, maintained
04-20-2018 | Health & Medicine
The Insight Partners
Healthcare Cloud Computing Market -
Healthcare Cloud Computing is a broad, proactive endpoint security solution designed to supplement the existing defenses. It is a cyber-security technology that informs the need for constant monitoring and response to advanced threats. This advanced system measure shifts of security from a reactive threat approach to one that can detect and prevent threats before they even reach the organization. Growing cases of enterprise endpoint targeted attacks and necessity to mitigate it
01-27-2017 | Business, Economy, Finances, B …
Interloper, INC
Reviews of cloud providers
Evaluation and assessment of main cloud web hosting providers helps you are making a more informed choice on which cloud internet hosting company is the proper suit for you. Dallas, tx – jan 24, 2017. Bloggerkhan broadcasts their revised review and assessment of cloud web hosting vendors, their statistics middle places and the offerings and capabilities they offer. In step with mr. Babar, a spokesperson for bloggerkhan, the concept is
10-01-2013 | IT, New Media & Software
Noxum GmbH
Websites in the Cloud
Noxum consults on websites in the Microsoft Cloud Increased website traffic or massive traffic surges means “heavy labor” behind the web interface. Enormous server capacities are needed to compensate for fluctuation and temporary peaks. Cloud websites release companies from the limitations of server hardware. Würzburg - The Noxum GmbH, service and software provider for Cloud solutions, supports companies operating their websites in the Windows Azure Cloud. Enterprises, publishers and online merchants
11-18-2011 | IT, New Media & Software
dinCloud
dinCloud Assembles Cloud Coalition
dinStack integrates technology visionaries to create the industry’s most comprehensive hosted virtual desktop solution. LOS ANGELES, CA – November 17, 2011 – dinCloud, a leading cloud services provider of hosted virtual desktops, today introduced the dinStack, represented by a coalition of leading technology companies focused on realizing the true potential of desktop virtualization. The 24 components involved in the dinStack create the core foundation of dinCloud’s dinHVD (Hosted Virtual Desktop)
Comments about openPR
Your portal is fast, simple, and easy to use. Others may have more functions but they also demand more editing time, you have to preformat the text in order to achieve a good result etc. I think openPR is really fantastic!
Andreas Knepper, wallmedien AG