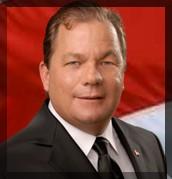 Detroit, MI – 6/1/07 Today Chrysler Bidder Daniel Imperato endorsed the workers movement at the Chrysler Corporation and the Chrysler Employee Owned Buyout Committee.Imperato who had originally proposed an ESOP (Employee Stock Ownership Plan) for the workers of Chrysler has now placed his backing behind the employee committee, headed by Michele Mauder.To his support, Imperato will be attending a worker's rally this Monday at Chrysler Headquarters in Auburn Hills. "I'm going to Detroit to march alongside of the workers of this country to show my support for the United Auto Workers, their families, and their future. Chrysler is an American trademark, and we need to make sure that it is here for our children and their children, not just for the next 5 years."Cerberus Capital Management has recently laid out a 5 year plan for Chrysler, however workers are requiring a long term 30 year commitment to ensure Chrysler's stability."I want the workers to know that they have a secure future. They should be confident that people such as myself are giving their efforts to make sure that Chrysler is saved for its employees."The workers demonstration will begin Monday morning at 9am in front of the Chrysler Headquarters in Auburn Hills, MI.*** This release has been created by i1connect, an independent news agency.*** About i1connect: I1 Connect (www.i1connect.com) is the new online leader in global public relations and advertising. With a diversified set of offerings ranging from Public Relations, Press Releases Distribution, Advertising, Marketing, Website Development, to Investor Relations services, i1connect.com has positioned itself for a long term growth utilizing the latest in telecommunications technology.For Interviews and Media Inquiries Contact Press Department I1connect info@i1connect.com www.i1connect.com (561) 515-6177

01-09-2008 | IT, New Media & Software
i1connect
GoIP and Visisys to Launch "Simone"
NEW YORK, NY / Jan 8, 2008 - GoIP Global, Inc. (Other OTC:GOGB.PK - News) (Frankfurt:3GG.F - News) announced today that a strategic partnership has been reached with Visisys Inc., the developer of Viso Vue. Viso Vue enables "Simone" (an animated, interactive character) with facial recognition to come to life on a video screen and interact with its viewer. Viso Vue uses stored customer or individual profiles to offer "Simone" realtime
11-23-2007 | Business, Economy, Finances, B …
i1connect
i1search Gains in New Alexa Traffic Rankings
West Palm Beach, FL - November 21, 2007 – In another surprise, one of the internet's fastest growing search engines, i1search (i1search.com) has leapfrogged several thousand websites to move into the top 45,000 websites in the United States, as determined by traffic rank measured by Alexa, the world's leading authority on internet traffic. i1search, as of November 21, 2007, has a traffic ranking of 43,875 in the
11-06-2007 | Politics, Law & Society
i1Connect
Imperato Steps Out Again - Predicts Republican Strategy for 2008
Washington, DC. -- Leading Independent Libertarian Presidential candidate Daniel Imperato has proven an uncanny ability to predict the headlines, especially when it comes to the Bush Administration and their cadre of “polished – ticians” methods of winning elections. Citing several of his own previous accurate predictions, Imperato made a new and even bolder prediction for what we can expect from the Republicans during the 2008 presidential campaign. He leads with
10-29-2007 | Politics, Law & Society
i1connect
Imperato Calls it Again: Rudy Giuliani New York Mafia Conspiracy
New York - October 26, 2007 - "Giuliani taking credit for wiping out organized crime may have been a feather in his cap. Now that he's running for president, I hope that doesn't turn around on him to bite him back. People who live in glass houses shouldn't throw stones," stated Imperato. Those were the words stated on July 28, 2007 by 2008’s leading Independent Libertarian Presidential Candidate, Daniel Imperato. Yesterday, according

09-28-2020 | Tourism, Cars, Traffic
Bluebox Infosoft
Reliance Chrysler Dodge Jeep Ram Speaks About Their Jeep SUV
The Jeep brand incorporates the essence of rugged and versatile vehicles. Jeeps have a long history of building customer loyalty because of reliability, fuel economy, comfort, and internal fit and finish. Talking to Reliance Chrysler Dodge Jeep Ram shows Jeep fans described the brand as high quality, practical, good value for money, classic, and well made. Jeep Wrangler, Grand Cherokee, and Cherokee are among America's 10 Most Popular Vehicles. If you're regularly
03-26-2018 | Business, Economy, Finances, B …
business news
Global Connected Vehicles Market 2018 - BMW, Broadcom, Chrysler, Benz, Daimler
Apex Market Reports, recently published a detailed market research study focused on the “Connected Vehicles Market” across the global, regional and country level. The report provides 360° analysis of “Connected Vehicles Market” from view of manufacturers, regions, product types and end industries. The research report analyses and provides the historical data along with current performance of the global PP Pipe industry, and estimates the future trend of Connected Vehicles on
04-24-2007 | Politics, Law & Society
i1connect
Chrysler Employee Group Follows Imperato's Advice and Bids on Chrysler
Detroit – In a formal letter to DaimlerChrysler AG Chairman and CEO Dieter Zetsche, 25 employees from the local Chrysler Jeep manufacturing plan in Toledo, Ohio submitted a bid for the United Auto Workers to acquire the Chrysler Corporation. The committee named the \"Chrysler Employee Buyout Committee\", led by Michele Mauder, has proposed an employee stock ownership plan or (ESOP) in exchange for healthcare concessions. The proposal comes
04-20-2007 | Business, Economy, Finances, B …
i1connect
Chrysler: Saving A Great Automaker, or Breakup Deal?
Labor Union Friendly Bids Left Out in Favor of Private Equity Buyouts As DaimlerChrysler AG Executive and Board Member, Rüdiger Grube, meets with prospective buyers this week at JP Morgan Chase offices in New York, it appears that two more union-friendly proposals have been left out of those meetings. Grube is scheduled today to start a week long round of meetings with representatives from the tandem of Blackstone Group and Centerbridge
04-06-2007 | Business, Economy, Finances, B …
i1connect
Kerkorian Follows Imperato's Lead on UAW Chrysler Buyout Deal
Detroit, MI – April 5, 2007 - Today Billionaire Investor, Kirk Kerkorian, made a bid to buy back the automaker that he tried to buy 9 years ago, Chrysler. Kerkorian\'s wholly-owned investment company, Tracinda Corp., on Thursday made a $4.5 billion cash offer for DaimlerChrysler AG\'s U.S.-based Chrysler unit. A deal would put Kerkorian in charge of Chrysler a decade after he claims he was tricked out of potentially billions of
03-14-2007 | Business, Economy, Finances, B …
i1connect
The Imperato-led Daimler-Chrysler Employee Owned Company Proposal
Detroit – March 11, 2007 – Recently, an international business consortium led by Daniel Imperato, has proposed to make Chrysler an Employee Owned Company (EOC). The Chrysler Corporation has attracted a great deal of buyout interest from major private equity groups, since the December 2006 announcement that Chrysler would consider all options. The Imperato-led Proposal, which would be around the most commonly stated buyout range
Comments about openPR
OpenPR is clearly structured and remains true to its principle of confining itself to the essential parts. OpenPR has proven to be a very good and reliable partner to our media agency: Within the shortest time the releases are online and go down well with the media representatives. The success of OpenPR is reflected in the steadily increasing number of press releases. It is good that OpenPR exists!
Ursula Koslik, Director Marketing & PR, F+W Hamburg