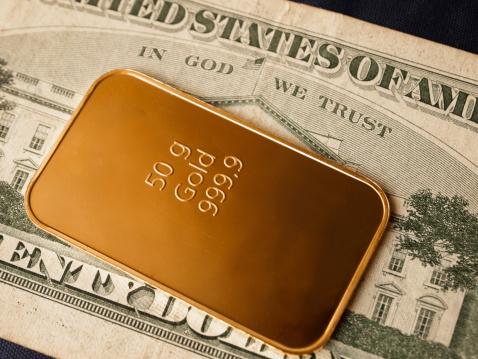 With the current downward pressure in gold, George Leong, contributor to Profit Confidential, suggests buying gold stocks on price weakness, with a break below $1,600 an ounce in gold representing a great opportunity to buy. Leong describes his rationale regarding gold stocks in the recent Profit Confidential article, Gold-buying Opportunity—What Price to Watch for. “The reality is that the price of gold is currently driven by two key variables: global risk; and world demand. I feel that both factors are supportive of higher prices,” suggest Leong.In the Middle East, Leong points to mounting issues in Syria and speculation that Iran is close to having the knowledge to develop nuclear weapons. The second major variable that Leong believes will drive gold higher is the higher demand from China and India. “China is expected to jump ahead of India as the top consumer of the yellow metal in 2012,” suggest Leong. “China’s demand for gold is estimated to surge 20% this year.” This demand, Leong believes, has helped to drive up prices and will continue. Moreover, he believes that China wants to reduce its buying of U.S. debt and instead accumulate physical gold. “Should this happen, it would give a major push for prices.”Leong also expects gold to continue to be in high demand in India, a major consumer of the precious metal. “Demand in India could be massive and expand at 10% to 15% this year, up from an estimated five to seven percent in 2011,” suggest Leong.Profit Confidential, which has been published for over a decade now, has been widely recognized as predicting five major economic events over the past 10 years. In 2002, Profit Confidential started advising its readers to buy gold-related investments when gold traded under $300 an ounce. In 2006, it “begged” its readers to get out of the housing market...before it plunged.Profit Confidential was among the first (back in late 2006) to predict that the U.S. economy would be in a recession by late 2007. The daily e-letter correctly predicted the crash in the stock market of 2008 and early 2009. And Profit Confidential turned bullish on stocks in March of 2009 and rode the bear market rally from a Dow Jones Industrial Average of 6,440 on March 9, 2009, to 12,876 on May 2, 2011, a gain of 99%.To see the full article and to learn more about Profit Confidential, visit www.profitconfidential.com.Profit Confidential is Lombardi Publishing Corporation’s free daily investment e-letter. Written by financial gurus with over 100 years of combined investing experience, Profit Confidential analyzes and comments on the actions of the stock market, precious metals, interest rates, real estate, and the economy. Lombardi Publishing Corporation, founded in 1986, now with over one million customers in 141 countries, is one of the largest consumer information publishers in the world. For more on Lombardi, and to get the popular Profit Confidential e-letter sent to you daily, visit www.profitconfidential.com.Michael Lombardi, MBA, the lead Profit Confidential editorial contributor, has just released his most recent update of Critical Warning Number Six, a breakthrough video with Lombardi’s current predictions for the U.S. economy, stock market, U.S. dollar, euro, interest rates and inflation. To see the video, visit http://www.profitconfidential.com/critical-warning-number-six.Profit Confidential is Lombardi Publishing Corporation’s free daily investment e-letter.Profit Confidential 350 5th Avenue, 59th Floor New York, NY 10118