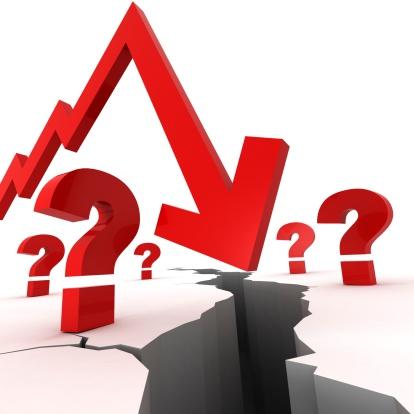 The S&P 500, has had a tremendous run from the October lows, but Sasha Cekerevac, contributor to popular financial newsletter Profit Confidential, is pointing out two criteria that are alerting him to the market sentiment of the S&P 500, both of which are leading him to believe a market correction is due. In a recent article he wrote titled, Two Reasons to Worry about the S&P 500, Cekerevac outlines two indicators that are worrying him. “The first is the level of insider selling,” suggest Cekerevac. “The last time insider selling peaked was back in May of 2011, which was just prior to the summer market correction in the S&P 500.” Cekerevac points out that various market sentiment indicators for the S&P 500 don’t always predict a market correction, but, taken together with other indicators, this can raise a big warning flag for investors. “Insiders certainly feel that the market, viewed by the S&P 500, is fully valued; otherwise, they would be buying some shares,” suggest Cekerevac. The second indicator that is worrying Cekerevac is the divergence between the Dow Jones Transportation Index and the S&P 500. The recent market correction in transports is hinting to Cekerevac that there might be more weakness than the S&P 500 is showing us. “It certainly should be a warning flag for investors who are heavily long the S&P 500 that a market correction is becoming more probable,” suggest Cekerevac. Profit Confidential, which has been published for over a decade now, has been widely recognized as predicting five major economic events over the past 10 years. In 2002, Profit Confidential started advising its readers to buy gold-related investments when gold traded under $300 an ounce. In 2006, it “begged” its readers to get out of the housing market...before it plunged. Profit Confidential was among the first (back in late 2006) to predict that the U.S. economy would be in a recession by late 2007. The daily e-letter correctly predicted the crash in the stock market of 2008 and early 2009. And Profit Confidential turned bullish on stocks in March of 2009 and rode the bear market rally from a Dow Jones Industrial Average of 6,440 on March 9, 2009, to 12,876 on May 2, 2011, a gain of 99%.To see the full article and to learn more about Profit Confidential, visit www.profitconfidential.com.Profit Confidential is Lombardi Publishing Corporation’s free daily investment e-letter. Written by financial gurus with over 100 years of combined investing experience, Profit Confidential analyzes and comments on the actions of the stock market, precious metals, interest rates, real estate, and the economy. Lombardi Publishing Corporation, founded in 1986, now with over one million customers in 141 countries, is one of the largest consumer information publishers in the world. For more on Lombardi, and to get the popular Profit Confidential e-letter sent to you daily, visit www.profitconfidential.com.Michael Lombardi, MBA, the lead Profit Confidential editorial contributor, has just released his most recent update of Critical Warning Number Six, a breakthrough video with Lombardi’s current predictions for the U.S. economy, stock market, U.S. dollar, euro, interest rates and inflation. To see the video, visit http://www.profitconfidential.com/critical-warning-number-six.Profit Confidential is Lombardi Publishing Corporation’s free daily investment e-letter.Profit Confidential 350 5th Avenue, 59th Floor New York, NY 10118

04-03-2019 | Health & Medicine
P&S Intelligence
Diabetic Retinopathy Market Explores New Growth Opportunities -P&S Intelligence
Diabetic retinopathy refers to an eye disorder that damages or harms the blood vessels of the retina. Diabetic retinopathy can cause permanent blindness. Chronic diabetes is a major root of diabetic retinopathy. High glucose level in the blood can damage blood vessels in the retina. Diabetic retinopathy can also cause diabetic macular edema: a medical condition led to the leakage of fluid from the previously injured blood vessels or minute
07-23-2018 | Advertising, Media Consulting, …
Isobutanol Market | Competitive Analysis, Industry Dynamics, Growth Factors and Demand Forecast to 2023
P&S Market Research
Isobutanol is expected to perceive significant demand as an alternative to conventional fuel. The high demand of the product is attributed to its increasing adoption as an alternative for ethanol in gasoline. It is widely used in the production of isobutyl acetate. The isobutanol market is driven by wide acceptance in the various consumer product industries, such as food processing industry and lacquer. Get Sample Copy of This Report @https://www.psmarketresearch.com/market-analysis/isobutanol-market/report-sample On the
07-04-2018 | Business, Economy, Finances, B …
P&S Market Research
P&S Market Research - Automotive and Transportation
The global tyre pressure monitoring system (TPMS) market is driven by the technological advancements and increased safety awareness among consumers. The increase in vehicle sales as a result of growth in per capita income of consumers is another factor, which is driving the growth of the global tyre pressure monitoring system industry. Get Sample Research Report At: https://www.psmarketresearch.com/market-analysis/tyre-pressure-monitoring-systems-market/report-sample The reduced fuel consumption, real time pressure & temperature monitoring, and increased lifespan
05-03-2018 | Health & Medicine
Influenza Vaccine Market Share Analysis of The Top Industry Players, Growth Opportunities and Country Level Segments
P&S Market Research
The global influenza vaccine market is growing significantly due increasing awareness about the pandemic influenza viruses and increasing government involvement for vaccination against influenza viruses.Massive unexplored influenza vaccine marketin the emerging economiesare creating ample opportunities for the global influenza vaccine marketto grow at a significant rate in the forecasted period.The advanced research and development facilities and new vaccine developments by the companies are propelling the demand for safe and efficacious
09-22-2017 | Advertising, Media Consulting, …
3D Based Virtual Reality Geographic Information Systems (GIS) Have Been Getting Popular In City Planning and Urban Development
P&S Market Research
The global GIS market is witnessing increasing investment by the governments for application in homeland security, and military and aerospace sector. Over the years, several GIS vendors have also come up with innovative products to suit the requirements of the governments in developing countries. Recently, the Government of India started Digital India initiative, where the government along with the private sector companies is expected to invest heavily in improving internet
05-02-2017 | Business, Economy, Finances, B …
P&S Market Research
P&S Market Research
Supercapacitor Market Size, Share, Development, Growth and Demand Forecast to 2020 The growing need for increased battery life in smartphone, laptop, and other similar consumer electronics products has increased the market penetration of supercapacitors in various new applications. Supercapacitors are now used for the extended battery backup in smartphone, and laptops; moreover, the replacement of conventional capacitor with them is expected to drive the growth of the global market during the
Comments about openPR
We publish our press releases on openPR.de because we like people who are "open" - just like us.
Frank Obels, CEO, INCONET - Informationssysteme, Communication und Netzwerkberatung GmbH