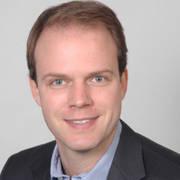 Michael Brehm Joins Forces with KeyRocket, Strengthening the Software Company’s Position as One of the Fastest Rising Startups in Berlin

Berlin, 14 March 2012 - KeyRocket, the keyboard recommendation software, has won Business Angel Michael Brehm as member of its advisory board. Brehm is well known in the German internet scene for his engagement in some of the most successful startups (VZ, Rebate Networks, DailyDeal and Brands4Friends).
“KeyRocket is one of the most exciting companies out there because it caters to an everyday demand for saving time, by recommending keyboard shortcuts in an effective, easy and fast way,” claims Michael Brehm.

With a new Business Angel on board, KeyRocket will increase its efforts of making the software available and accessibly to anyone who is eager to save 1/3 of their working time. New features will make sure user’s specific needs are met, with KeyRocket quietly working in the background. With future developments in the pipeline to integrate it to Outlook, Adobe and internet programs, KeyRocket’s vision is to show the users what they can really do with their keyboard.

KeyRocket is software that recommends keyboard shortcuts while you work, where it matters. The company’s mission is to help users and software better understand each other. The software is developed by Veodin Software GmbH at their headquarters in Ber- lin, Germany. KeyRocket’s team of six, works to provide dependable business solutions to clients, partners and users internationally. KeyRocket’s management team comes from a successful background of business consulting and software development.
KeyRocket was founded in 2011 by entrepreneur Jan Mechtel, and developer Matthias Mayrock.

03-07-2012 | IT, New Media & Software
KeyRocket
KEYROCKET FEATURED AT CeBIT
Hannover, 06 March 2012 - KeyRocket, the technology industry’s expert on keyboard shortcuts, will be featured from 06-10 March at CeBIT with two presentations by founder, Jan Mechtel. KeyRocket’s associates will meet with many innovative companies such as Softdata and Xax GmbH to discuss partnerships. KeyRocket will offer the latest version of the time-saving software with activities, giveaways and demonstrations about mastering keyboard shortcuts. Jan Mechtel will be featured on
02-28-2012 | IT, New Media & Software
KeyRocket
KEYROCKET REACHES OVER 1,000 USERS
Berlin, 27 February 2012 - German software company, KeyRocket, passed the 1,000 user mark, just three weeks after the Beta opened to the public; providing personal keyboard short- cuts and increased productivity to offices and the world. KeyRocket provides keyboard shortcuts while you work, where it matters. Since the Beta opened, the software has over 1,000 active users in 35 countries. KeyRocket’s integration into the fields of engineering, consultanting, lobbying, education
02-22-2012 | IT, New Media & Software
KeyRocket
KEYROCKET WINS TWIST TECHNOLOGY STARTUP COMPETITION
Berlin, 21. February 2012 - KeyRocket, a growing force among German technology startups, tied for first place and a free table in the Launch Conference 2012. TWiST, a televised meetup for young businesses, came to Berlin last week to hear from 19 technology startups. The judges scored each one based on the product idea, pro- gress and business plan. The winner was granted a free $1500 ticket to the conference and