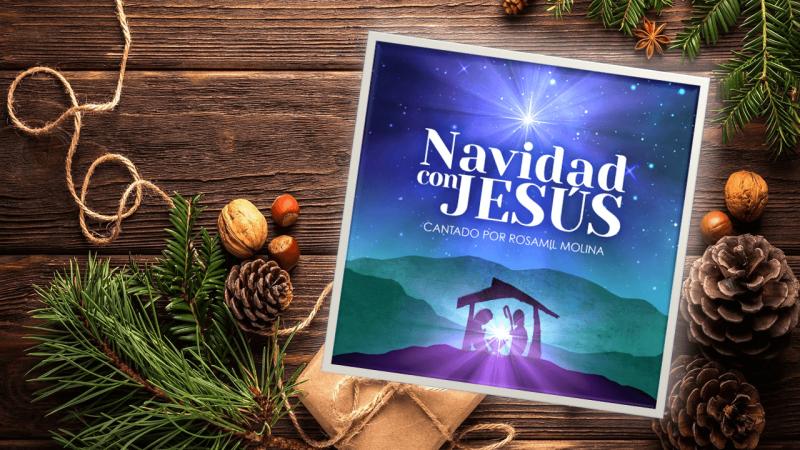 San Juan, Puerto Rico, Sept 26, 2020 -- Freddie & Rosamil had been working as a latin duo on a cruise ship when the pandemic began. Shortly after receiving the notification that the cruise company had stopped operations due to the pandemic, they decided to start pre-producing this album.

It was made in the employee cabin of the cruise ship where they had been working. The vocal arrangements were made on a laptop computer, using the on-screen keyboard as a piano, and listening to the musical notes through the tiny speakers of the audio card. Rosamil recorded her voices in the ship's Casino because it was the quietest place they could find throughout the entire cruise.

But at the same time, the traffic of people was constant. Several of the interruptions were:
• Workers were vacuuming
• Every day there was a waiters meeting
• An electrician came in to fix a lamp
• Refrigeration employees came in to repair the air conditioning
• Several times they used the bar tables to fill out worksheets
• A couple of friends came in to use the Casino as a space to do aerobics.

In those days, there were still no musical arrangements. Vocals were recorded using a metronome and chord mockups. To record the voices, they used the cell phone's earphones: Rosamil with one earphone in her left ear, and Freddie with the other earpiece in his right ear, working together, shoulder to shoulder (because the length of the cable was short)

Rosamil recorded 16 voice channels in each song (the vocals arrangements were made for 4 voices and each voice was quadrupled) to sound like a choir of 16 singers.

Freddie & Rosamil spent 109 days on the cruise ship without being able to get off. Some voices were recorded traveling between South Africa and Barbados, and others between Barbados and Cape Canaveral, Florida, passing near Puerto Rico (the island could be seen clearly) but could not disembark due to restrictions from the Center for Disease Control and Prevention (CDC).

Already in Puerto Rico, working with the final musical arrangements and mixing, 2 storms passed through the island (Isaias and Laura). On many occasions, there was no electricity. Sometimes they worked with the laptop battery, and sometimes they moved to one of their parent's house (where several times the electricity also went out).

The musical production was made by Freddie Méndez, an arranger nominated for the Grammy Awards 12 times, winner of 4.

The world is full of lovers of classic Christmas carols that touch our soul every time we hear them:

With this list of songs, along with others making a total of 14 songs, they present an album called NAVIDAD CON JESÚS. All recorded in the voice of a great performer, Rosamil Molina.

Freddie & Rosamil got married last year. This is their first album together as a married couple.

To reach their financial goal on the Kickstarter platform is All-or-Nothing. No one will be charged for their commitment to this project unless they reach the goal. In this way, only if all the necessary budget is achieved, then they can move on.

“As you have seen so far, the content on this album has been enthusiastically produced, recorded, and edited by ourselves. From the first day, we feel that it is a special product and that is why we are 100% committed. We have made a good choice of songs and we have taken care of quality and details at all times. Now with your support, we will be able to complete each of the following stages that are in our plans.” -- Freddie Mendez

“Don't miss the opportunity to have a copy of this beautiful album in your hands and enjoy it this Christmas. We hope you support us and share this project with your friends.” -- Rosamil Molina

Freddie Mendez, 12-time Grammy-nominated music producer, 4-time winner, and his wife, Rosamil Molina (professional singer) believe that this album is the ideal gift you can give to any loved one this Christmas.

News-ID: 2143683 • Views: 267
Comments about openPR
I can't but agree to the positive statements about your portal: easy to use, clear layout, very good search function, and quick editing!
Jens O'Brien, Borgmeier Media Communication