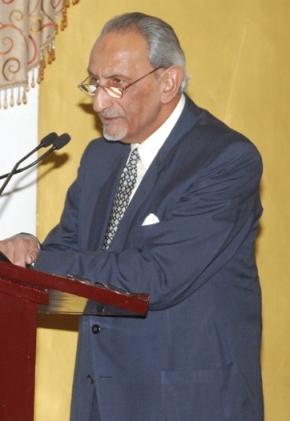 Hyderabad, 11th March, 2012: H.E.H. The Nizam’s Museum has inaugurated the City Museum wing today. The Nizam’s Museum is located at Purani Haveli which holds a special place for the Asaf Jahis, the dynasty of the Nizams of Hyderabad. The museum was inaugurated by the Chief Guest -------------------- The event was graced by ------------------------The museum, covering an area of over -------- was built in without disturbing the landscape which was a challenge for the architect involved. The City Museum will re-trace some of the steps back to Megalithic times, to the Kakatiyas of Warangal, to Golconda. The museum will display the extraordinary collection built up over centuries by the H.H. Mir Mahboob Ali Khan & H.E.H. Mir Osman Ali Khan, the VI and VII Nizams respectively. The diverse collection includes Golconda Diamonds, exquisite Basra pearls, Arms & Weapons, Golconda’s cotton chintzes , Fabrics, , Kalamkari, Coins & Currency, Gold & Silver Jewellery, arts and crafts, Musical Instruments, Photography by Esteemed Lala Deen Dayal and Samuel Harper Frankel, Miniature paintings of Golconda & Hyderabad , a hall of fame of the Telugu Film Industry, among many others. The highlight of the city museum is the wardrobe of H.H. Mir Mahbub Ali Khan, the sixth Nizam of Hyderabad. A truly phenomenal exhibit in its own right, the wardrobe, is 176 ft long and is and it is constructed on two levels. The Nizam never repeated his clothes and once worn, his clothes were given away. Commenting on the occasion, The Chairman of the Trust, Mr. Mir Karamat Ali Khan Muffakham Jah Bahadur said, It gives us immense pleasure to share the legendary works of Nizam with the people of the Hyderabad. The museum features an exceptional collection that celebrates the History of the Nizams and the City of Hyderabad.”About the Trust: H.E.H. The Nizam’s Jubilee Pavilion Trust is a not for profit organization formed on the 12th of August 1957 with HEH Nawab Sir Mir Osman Ali Khan Bahadur, GCSI, GBE, the VIIth Nizam of Hyderabad and Berar as Chairman. 5 The primary activity of the Trust has been to display and care for the treasures so magnanimously left to the public domain by HEH Nawab Mir Osman Ali Khan. The Trust has now expanded its gallery to tell a greater story, the story of the city, before and after the reign of the Asaf Jahi Dynasty, the rulers of which are known as the Nizams.Concept Public Relations India Limited 11-4-641/A,First Floor | Lane Opp:PTI Building | AC Guards | Hyderabad 500004 O: 040 23393003 | F: 040 23302834 I

You can edit or delete your press release H.E.H. The Nizam’s Museum Inaugurates the City Museum wing here

03-06-2019 | Science & Education
Fraunhofer Institute for Industrial Engineering IAO
“Future Museum”: innovation network for museums
Fraunhofer IAO and MUSEUM BOOSTER explore potential for implementing cutting-edge technologies Fraunhofer IAO and MUSEUM BOOSTER will launch an innovation network for museums in July 2019. The goal of the Future Museum project is to assist museums in applying cutting-edge know-how and to create a network of museum leaders, public authorities, donors and suppliers for the exchange of ideas and for collaboration. Today’s museum visitors are looking for an experience. Museums are
05-10-2017 | Arts & Culture
GALERIE Supper
Monika Thiele at the German Textile Museum
GALERIE SUPPER is happy to announce that Monika Thiele, who is represented by us, will be participating in the group exhibition StickBILDER at the German Textile Museum in Krefeld. The exhibition presents important positions of international contemporary textile art. In addition to ten selected works by Monika Thiele, art by Brunhild Mauss, Gisoo Kim, Katharina Wilke and Victoria Martini will be on view. The artist will be present at the
04-10-2012 | Industry, Real Estate & Constr …
HomeRite Windows and Doors
Bjorlee Museum Window Replacement
HomeRite of Baltimore LLC successfully completes window replacements at the historic Bjorlee Museum Baltimore, MD. April 5, 2012 – HomeRite of Baltimore LLC (HomeRite) proudly announces the successful completion of window replacement work at the Maryland School for the Deaf, Frederick Campus, Bjorlee Museum. The work was performed under a contract with Maryland’s Department of General Services (DGS). A Final Completion Certificate was issued by the Department of General
07-22-2009 | Arts & Culture
Ubisense
eMotion - Psychogeographic Museum Cartography
Swiss Academy of Art and Design together with Ubisense integrate precise real-time location and biometric sensors to research art museum experience In a unique setting at the Kunstmuseum St. Gallen in Switzerland, the Basel Academy of Art and Design has implemented a solution which monitors museum visitors as they move through the exhibition, providing new insights into emotional and cognitive reactions to art objects Dortmund, St. Gallen, July 22 2009 - eMotion
01-29-2009 | Arts & Culture
Kunstmuseum Gehrke-Remund, Baden-Baden
New Museum opens in Baden-Baden, Germany
On February 28 2009 at 11:00 am the Kunstmuseum Gehrke-Remund will open its doors to the public. Authorities and representatives of the media are invited at 10:00 am for a preview of the Kunstmuseum and its extraordinary exhibition: Frida Kahlo “a Ribbon around a Bomb”. Over 100 paintings will be shown in the 600 sqm exhibition space. This is the most complete Frida Kahlo exhibition of all times. The visitors will be
07-19-2007 | Science & Education
Kurt Hüttinger GmbH
National Science Museum Thailand
Initial set-up of the new Traveling Exhibition for Children The Science Museum is located in Pathum Thani, north of Bangkok, the capital city of Thailand. It is the first museum that was opened under the management of the National Science Museum organization (NSM), and aims to involve its visitors in the excitement of science, ultimately to increase the public understanding of science and technology. Through the use of interactive exhibits and
Comments about openPR
We publish our press releases on openPR.de because we like people who are "open" - just like us.
Frank Obels, CEO, INCONET - Informationssysteme, Communication und Netzwerkberatung GmbH