Netflix May Not Survive the Latest Battle; Technology Report by Profit Confidential 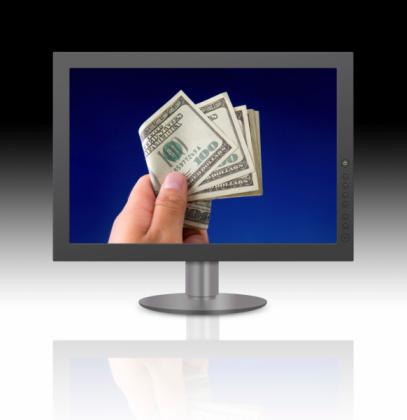 News that cable giant Comcast Corporation is entering the online streaming market might be the beginning of the end for Netflix Inc., according to Sasha Cekerevac, contributor to popular financial newsletter Profit Confidential. In his recent article, Is this the End for Netflix?, Cekerevac highlights that, with Comcast offering its existing customers a much lower rate than the Netflix product, this will hurt corporate earnings for Netflix, possibly to the point of causing the firm severe problems.I think there might be a significant hit to the corporate earnings of Netflix if many of its clients decide that a bundled cable package of current TV and an online database of streaming movies that’s either free or only $4.99 a month might entice many customers, Cekerevac.Cekerevac also highlights that Comcast is not the only firm Netflix has to fight for its corporate earnings. Amazon is continuing to sign deals with Hollywood companies for its streaming service, Cekerevac. “Amazon is a giant that relies on slim corporate earnings, which can only hurt the future earnings outlook for Netflix.”Management needs to differentiate Netflix from the crowd, or try to sell the firm to a larger company like Apple Inc. or Google Inc., Cekerevac. While Netflix still has a fighting chance to survive, Cekerevac believes it will be a very tough road over the next several years, as the earnings outlook remains very murky. Corporate earnings will most likely be hurt by lower-priced competitors enticing customers to switch away from Netflix,Cekerevac.Profit Confidential, which has been published for over a decade now, has been widely recognized as predicting five major economic events over the past 10 years. In 2002, Profit Confidential started advising its readers to buy gold-related investments when gold traded under $300 an ounce. In 2006, it “begged” its readers to get out of the housing market...before it plunged.Profit Confidential was among the first (back in late 2006) to predict that the U.S. economy would be in a recession by late 2007. The daily e-letter correctly predicted the crash in the stock market of 2008 and early 2009. And Profit Confidential turned bullish on stocks in March of 2009 and rode the bear market rally from a Dow Jones Industrial Average of 6,440 on March 9, 2009, to 12,876 on May 2, 2011, a gain of 99%.To see the full article and to learn more about Profit Confidential, visit www.profitconfidential.com.Profit Confidential is Lombardi Publishing Corporation’s free daily investment e-letter. Written by financial gurus with over 100 years of combined investing experience, Profit Confidential analyzes and comments on the actions of the stock market, precious metals, interest rates, real estate, and the economy. Lombardi Publishing Corporation, founded in 1986, now with over one million customers in 141 countries, is one of the largest consumer information publishers in the world. For more on Lombardi, and to get the popular Profit Confidential e-letter sent to you daily, visit www.profitconfidential.com.Michael Lombardi, MBA, the lead Profit Confidential editorial contributor, has just released his most recent update of Critical Warning Number Six, a breakthrough video with Lombardi’s current predictions for the U.S. economy, stock market, U.S. dollar, euro, interest rates and inflation. To see the video, visit http://www.profitconfidential.com/critical-warning-number-six.Profit Confidential is Lombardi Publishing Corporation’s free daily investment e-letter.Profit Confidential 350 5th Avenue, 59th Floor New York, NY 10118

You can edit or delete your press release Netflix May Not Survive the Latest Battle; Technology Report by Profit Confidential here

05-03-2019 | Advertising, Media Consulting, …
Aarkstore Enterprise
DAZN The Netflix Of Sport? Market Research Report
Aarkstore Market Research culminates the newest Market Research Report "DAZN The Netflix Of Sport?" A unique service for distributing sport programming, available only in streaming, DAZN is the brainchild of its founder, Leonard Blavatnik, the world’s 48th wealthiest person. This IDATE DigiWorld report describes the company’s organisation, and details its business in the eight countries where it currently provides services. The company is then examined within the context of its (highly) competitive environment,
04-25-2019 | Media & Telecommunications
HTF Market Intelligence Consulting Pvt. Ltd.
Digital Media Market Is Booming Worldwide| Ancestry.com, Groupon, Netflix
A latest study released by HTF MI on Global Digital Media Market covering key business segments and wide scope geographies to get deep dive analysed market data. The study is a perfect balance bridging both qualitative and quantitative information of Digital Media market. The study provides historical data (i.e. Volume** & Value) from 2013 to 2018 and forecasted till 2025*. Some are the key & emerging players that are part
11-20-2018 | Advertising, Media Consulting, …
HTF Market Intelligence Consulting Pvt. Ltd.
Live Streaming Platform Market is Booming Worldwide | Netflix, LiveStream, UStre …
HTF MI recently introduced Global Live Streaming Platform Market study with in-depth overview, describing about the Product / Industry Scope and elaborates market outlook and status to 2023. The market Study is segmented by key regions which is accelerating the marketization. At present, the market is developing its presence and some of the key players from the complete study are Netflix, LiveStream, UStream, Dacast, StreamShark, Youtube, Facebook Live, Periscope, Funny
10-31-2018 | IT, New Media & Software
HTF Market Intelligence Consulting Pvt. Ltd.
SVoD Market Is Booming Worldwide | Netflix, Amazon Video, Hulu
HTF MI released a new market study on SVoD Market Trends and Opportunities in Americas Market with 100+ market data Tables, Pie Chat, Graphs & Figures spread through Pages and easy to understand detailed analysis. At present, the market is developing its presence. The Research report presents a complete assessment of the Market and contains a future trend, current growth factors, attentive opinions, facts, and industry validated market data. The
09-20-2018 | Politics, Law & Society
Pixsy
Netflix sued by storm cell photographer Sean Heavey
When Sean Heavey saw one of his images used in hit Netflix show “Stranger Things”, as well as Netflix original film “How It Ends”, he knew he had to stand up for his rights as a creative. Last week, with the support of legal-tech service Pixsy, he filed a lawsuit to protect his copyright. [Wednesday, September 2018, Walnut, CA] The design of a cinematic storm is at the center of a
02-27-2017 | IT, New Media & Software
GlobeMetrix
Global Pay TV Market-Comcast , Dish, Eutelsat,Cisco Systems, Netflix
Global Pay TV Market report 2017 is an in-depth research on the current situation of the Pay TV industry. The Scope of the Pay TV research report: The Global Pay TV Market primarily includes a basic overview of the Pay TV industry. It also includes Pay TV definitions, classifications and applications. It segments the market by applications, types, regions, competitive players and also analyzes Pay TV market size, business share and Pay
Comments about openPR
OpenPR ist the nicest and most clearly laid out PR platform I have seen to this day. The press releases are displayed very nicely and clearly and without any unnecessary frills. The updates are fast and the finished release looks appealing and is clearly legible. Even with 16 years of experience one discovers new things from time to time. Congratulations!
Gabriele Ketterl, Director Marketing & PR, Menads