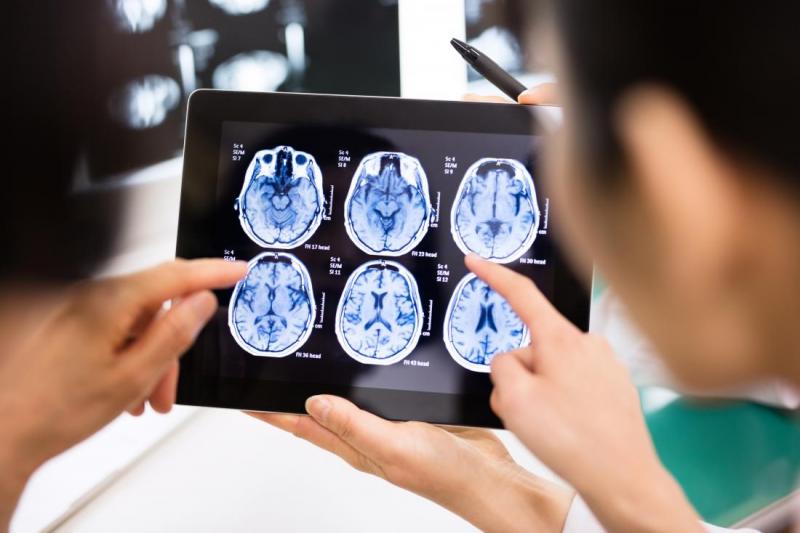 Cryptococcosis or cryptococcal disease is a fungal disease, which in severe cases can be fatal. It is caused by either Cryptococcus neoformans or Cryptococcus gattii. Cryptococcosis is said to be acquired by inhaling contagious propagule from surroundings. Even though the accurate character of the contagious propagule is not known, the primary theory is the basidiospore produced in the course of sexual or asexual reproduction is the cause. Cryptococcosis disease symptoms include fatigue, fever, headache, blurred vision, dry cough, and confusion. Symptoms onset is often subacute, worsening progressively over more than a few weeks. The two key complications of the disease are meningitis (brain infection) and pulmonary infection or lung infection. The occurrence of cryptococcosis is increasing over the years for various reasons, such as increase in prevalence of AIDS as well as extended use of immunosuppressive drugs. These factors are likely to propel the growth of the overall cryptococcosis treatment market in the near future.Get PDF Brochure Of This Research Report @ https://www.coherentmarketinsights.com/insight/request-pdf/147According to a report by National Centre for Biotechnology Information, illnesses due to Cryptococcus fungi occur on a global scale and in an extensive range of hosts, starting from patients who are strictly immunosuppressed to patients with normal immune systems. The Centers for Disease Control and Prevention (CDC) states that around 1 million cryptococcosis cases arise throughout the globe, and it is anticipated that annually, the number of deaths associated with cryptococcosis is around 650,000. Most of the cases are reported among amongst patients with complex HIV disease. However, incidence rate is high amongst the recipients of solid organ transplant and patients getting exogenous immunosuppression. Cryptococcus occurs in those with acquired and innate immunodeficiency as well.As the AIDS population is rising at a startling rate, the likelihood of occurrence of the disease is rising proportionately. Since cryptococcosis disease is communicable in nature, and it gets transmitted from one affected person to the next, persons suffering from the disease are expected to rise in the near future. Therefore, the cryptococcosis treatment market will also show a considerable growth.Cryptococcosis Treatment Market TaxonomyOn the basis of type of treatment, global cryptococcosis treatment market is classified into:Amphotericin B Flucytosine Fluconazole OthersRising prevalence of chronic diseases to fuel cryptococcosis treatment market growthThe major factor working for the increase of the worldwide cryptococcosis treatment market is the rising count of people being contaminated by the disease. As per UNAIDS, there is an estimated 36.7 million cases of AIDS in the world at the end of the year 2015. Rise in the prevalence of diseases such as AIDS will further amplify the demand for the cryptococcosis treatment. Cryptococcosis was classified as a rarely happening illness; however, now the disease is seen to be rising across the globe. Several governments are vastly interested in eliminating the disease altogether from their respective nations. The efforts put in by governments of various regions are encouraging the players in the global market to increase their overall spend on research and development activities, in order to get superior treatment alternatives. This will further aid the global market of cryptococcosis treatment to increase at a steady pace.Increasing prevalence of cryptococcosis in Sub-Saharan Africa will drive the overall cryptococcosis treatment market growthAccording to CDC, in 2009, there were an estimated 720,000 cases of HIV related cryptococcosis in the Sub-Saharan Africa, which is about three times the prevalence of the disease in all other parts of the world, combined. It is believed that the disease kills more people in this region than tuberculosis. Moreover, CDC also states that cryptococcosis is the fourth most fatal disease in the region. It is estimated to cause about 504,000 deaths per year. The occurrence of cryptococcosis in the region is growing at an alarming rate; hence, the market in this region is expected to grow at a significant rate over the forecast period.Some of the major companies operating in the global cryptococcosis treatment market are Bristol-Myers Squibb Company, Sigmapharm Laboratories LLC, Janssen Biotech, Inc. (Johnson & Johnson), Novartis AG, Abbott Laboratories, Valeant Pharmaceuticals, Inc., Pfizer, Inc., and Glenmark Pharmaceuticals.Get Instant Discount at: https://www.coherentmarketinsights.com/insight/request-discount/147 Key DevelopmentsMajor market players are involved in different business strategies such as gaining product approval from regulatory authorities, in order to gain competitive edge in the global market. For instance, in February 2019, Amplyx Pharmaceuticals, a U.S.-based pharmaceutical company, received orphan drug designation for APX001 from the U.S. Food and Drug Administration (FDA) Office of Orphan Product Development. This drug will be used for the treatment of cryptococcosis. Key market players are focused on different business strategies such as product launches, in order to gain competitive edge in the global market. For instance, in January 2018, Lupin Limited, an Indian pharmaceutical company, launched generic version of Valeant Pharmaceutical International Inc.’s ‘Ancobon Capsules’. These capsules are indicated for infections caused by Cryptococcus.Contact UsMr. Shah Coherent Market Insights 1001 4th Ave, #3200 Seattle, WA 98154 Tel: +1-206-701-6702 Email: sales@coherentmarketinsights.comAbout Coherent Market InsightsCoherent Market Insights is a prominent market research and consulting firm offering action-ready syndicated research reports, custom market analysis, consulting services, and competitive analysis through various recommendations related to emerging market trends, technologies, and potential absolute dollar opportunity.