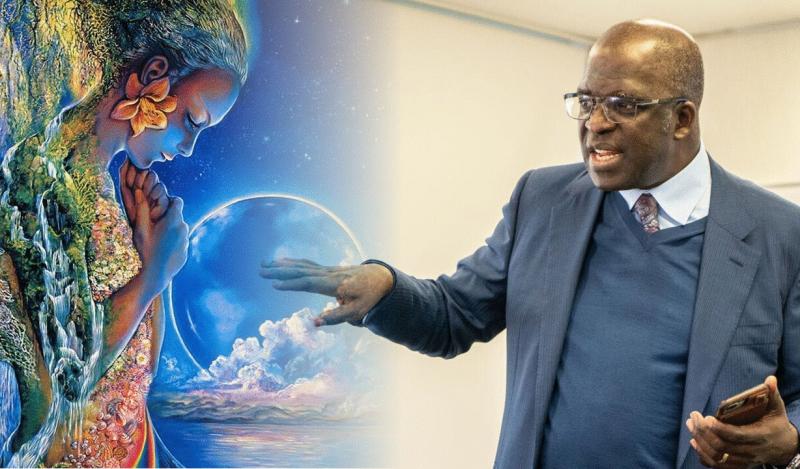 The prayer is called the Canticle of Creation (Brother Sun and Sister Moon) and was composed by Saint Francis of Assisi. This religious song was recited on September 3, 2020 during the committee meeting of the Global Christian Forum (GCF), an international ecumenical forum where Roman Catholics, Evangelicals and Seventh-day Adventists work together towards peaceful coexistence.Ganoune Diop of the General Conference of Seventh-day Adventists and Father Andrzej Choromanski of the Pontifical Council for Promoting Christian Unity were present. The PCPCU reported that during the committee meeting the GCF discussed the need to foster mutual respect, address common concerns and promote Christian unity. The GCF also pledged to “intensify” its efforts to encourage “regional and national gatherings of Christian leaders.” Then the Vatican-led PCPCU published the following:“Taking place during the time when the ecumenical family celebrates the Season of Creation, the meeting ended with the prayer of the Canticle of Creation of Saint Francis."Ganoune Diop and members of the GCF were commemorating the “Season of Creation,” a 5-week celebration in which people renew their commitment to the creation, and the “Canticle of Saint Francis” a song/prayer that promotes the veneration of Mother Earth. We have leaders who have no problem participating in, witnessing and listening to these pantheistic ceremonies, year after year.How long will the leaders at the highest levels of the church continue to waste time, resources and energy in the futile pursuit of “unity” with religious organizations that have absolutely no intention of embracing the truth of the Three Angels’ Message; but instead, are promoting Mother Earth worship, Sunday sacredness, pagan mysticism, eco-revolution and ecumenism?Click to see the pictures and to read the full story: http://adventmessenger.org/ganoune-diop-participates-in-an-ecumenical-prayer-to-mother-earth-brother-sun-sister-moon-brother-fire-sister-water-brother-wind-and-sister-death/Contact: Andy Roman, Publisher Address: Advent Messenger, PO Box 96, Dover, OK 73734 Phone: (888) 299-2119 Website: www.adventmessenger.org Email: adventmessengers@gmail.comAbout: Advent Messenger provides news and commentary on current events, top stories, social trends and political and religious events. For more news visit www.adventmessenger.org

01-25-2023 | Leisure, Entertainment, Miscel …
Advent Messenger
The Vatican Welcomes Adventist World Radio and G9 Broadcasters: "You are at Home …
On December 13, 2022, the Vatican hosted nine major shortwave radio broadcasters at the historic Vatican Radio headquarters in the Vatican Gardens. Known as the G9 Broadcasters Summit, it was designed to host face-to-face discussions about spreading the message of mercy and hope to the world. The list of G9 broadcasters was also published by Vatican News and is as follows: 1 - Vatican Radio 2 - Adventist World Radio 3 - Encompass 4
01-25-2023 | Leisure, Entertainment, Miscel …
Advent Messenger
Ganoune Diop Joins Bishop Brian Ferrell of the Vatican, Dr. Casely Essamuach, an …
On November 11, 2022, the Vatican's office for promoting Christian unity issued a press release about the annual Conference of Secretaries of Christian World Communions (CS/CWC) meeting. The gathering took place at Broadway Church, a Pentecostal church in Vancouver, Canada. Ganoune Diop, representing the Seventh-day Adventist Church, met with Roman Catholic Bishop Brian Farrell of the Vatican's Dicastery for Promoting Christian Unity and the infamous Dr. Casely Essamuach of the
01-25-2023 | Leisure, Entertainment, Miscel …
Advent Messenger
Giovanni Benini, an ADRA Leader in Italy, is Literally Building Bridges to Rome
Giovanni Benini is head of the Adventist humanitarian agency ADRA in Cesena, Italy. On January 20, 2023, he met with Roman Catholic Bishop Douglas Regattieri for an ecumenical bridge-building exercise. Pope Francis has been advising this particular Catholic bishop on how to advance Catholic social teachings. Giovanni Benini of ADRA is shown in this picture paying close attention to the same bishop who is receiving instructions from Pope Francis. In
01-11-2023 | Leisure, Entertainment, Miscel …
Advent Messenger
Ganoune Diop Showered Praise on Bert Beverly Beach during a Special Tribute
On December 22, 2022, Ganoune Diop, the current Director of the Public Affairs Department and Religious Liberty at the General Conference of Seventh-day Adventists, published a tribute to his predecessor, Bert Beverly Beach. In his tribute, Ganoune Diop called Dr. Bert Beach "a gift to the world of faith and beyond." Diop expressed that Dr. Bert Beach brought "legitimacy and credibility" to Adventism in the eyes of the other "Christian

07-27-2022 | Leisure, Entertainment, Miscel …
Advent Messenger
Adventists Join Catholics, Orthodox, Protestants, and Non-Christian Faiths to Co …
The Interfaith Rainforest Initiative (IRI) is an international, multi-faith alliance that works to combat climate change, end tropical deforestation, and unify the churches on environmentalism. One of the principal figureheads of the Interfaith Rainforest Initiative is Bishop Gunnar Stålsett, former General Secretary of the Lutheran World Federation. Bishop Gunnar Stålsett serves as a Special Advisor for the Interfaith Rainforest Initiative and represents the IRI at various international conferences to promote
06-29-2022 | Leisure, Entertainment, Miscel …
Advent Messenger
Ted Wilson and Ganoune Diop met with Rome's Ecumenical Agents behind closed door …
Just when you think that the duplicity, posturing, and pretense at the 61st General Conference Session couldn't have gotten any worse, it does. A private interfaith lunch took place during the 61st General Conference Session that was not announced, broadcast, live streamed, or made public until after the session had ended and everyone had left. Was this just a coincidence or was it done for good reasons? This luncheon was held
06-09-2022 | Leisure, Entertainment, Miscel …
Advent Messenger
Ganoune Diop was Re-elected as Director for Religious Liberty, but not without O …
Delegates to the 61st General Conference Session re-elected Ganoune Diop to continue serving as Director of Public Affairs and Religious Liberty on June 7, 2022, during the final business meeting of the day. The nominating committee provided a full list of all the new department heads, which was to be voted on as a group rather than individually. As a result, Ganoune Diop's name was included in that list. As
11-01-2021 | Leisure, Entertainment, Miscel …
Advent Messenger
Ganoune Diop Belongs to “the Same Universal Fellowship” Together with Cathol …
From October 12-14, 2021, Ganoune Diop met with more than 30 religious leaders of various faiths during the Conference of the Secretaries of the Christian World Communion to discuss “ecumenical relations.” The meeting was chaired by the Quaker Gretchen Castle, while Ganoune Diop served as the event’s acting secretary. Representing Pope Francis were Bishop Brian Farrell and Reverend Andrzej Choromanski from the Pontifical Council for Promoting Christian Unity. The Christian
10-21-2021 | Leisure, Entertainment, Miscel …
Advent Messenger
Confused Ecumenical Seventh-day Adventists want to Love People Straight into Hel …
Ganoune Diop, Director of Public Affairs and Religious Liberty for the General Conference of Seventh-day Adventists, prepared a special video that was presented to the General Conference Executive Committee during the Annual Council held October 7-13, 2021 (See Andrew Henriques’ video). Diop gave a 36-minute talk on Revelation 14 and the Three Angels’ Message and challenged “church members to assess their own theological misconceptions and reframe Revelation as a message
11-21-2020 | Leisure, Entertainment, Miscel …
Advent Messenger
Fratelli Tutti: Ganoune Diop Praises Pope Francis’ Encyclical
The pope is working overtime to unite all of the religious faiths of the world into one family. Pagans, spiritualists, Mother Earth worshippers, homosexuals, Protestants, Catholics, indigenous faiths and eastern religions are all part of Rome’s one-world brotherhood. Truth and doctrine no longer matter anymore according to the Pope’s encyclical, Fratelli Tutti. Just yesterday, Roman Catholics, Evangelicals, Orthodox and Seventh-day Adventists gathered to praise Fratelli Tutti. Over thirty religious leaders
Comments about openPR
OpenPR is clearly structured and remains true to its principle of confining itself to the essential parts. OpenPR has proven to be a very good and reliable partner to our media agency: Within the shortest time the releases are online and go down well with the media representatives. The success of OpenPR is reflected in the steadily increasing number of press releases. It is good that OpenPR exists!
Ursula Koslik, Director Marketing & PR, F+W Hamburg