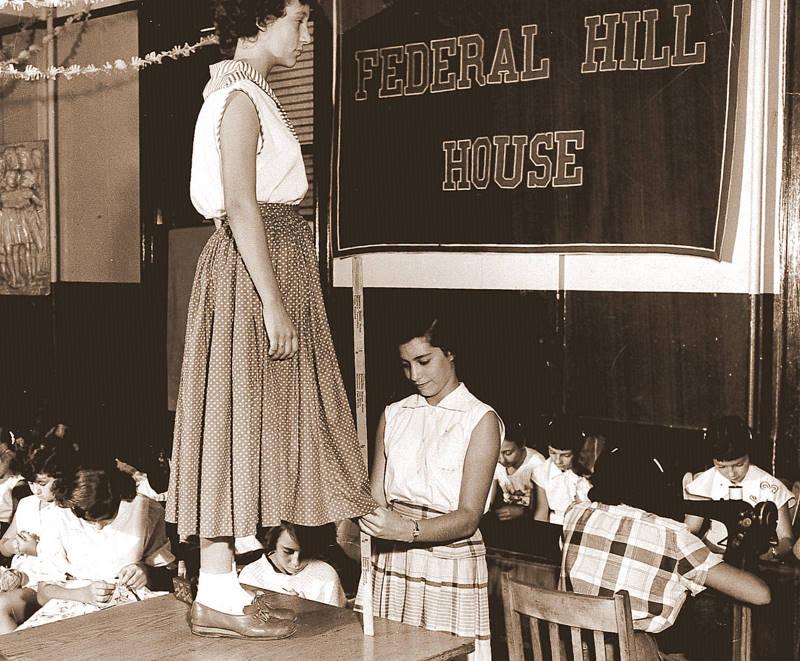 For 125 years the Federal Hill House has been helping people in need. It was originally founded to teach young girls to sew.

For Immediate ReleasePROVIDENCE, RI, March 2, 2012—The Federal Hill House Association (FHHA), a Providence human services agency that spurred the city’s growth by helping thousands of immigrants assimilate in the early 1900s, is celebrating its 125th anniversary. A private, non-profit 501(c)(3) agency, FHHA is the second oldest “settlement house” in Providence and one of the oldest in the United States. The agency serves more than 5,000 children, seniors, individuals, and families annually, providing social and emergency services, early childhood learning and before/after school programs, and workforce development activities. FHHA plans a full slate of activities to celebrate its 125th birthday, including a gala dinner in June at the Providence Marriott on Orms Street.“Celebrating 125 years is an incredible milestone for any group but especially for a community center like ours, where sustaining funding has been challenging and federal cuts can have a major impact,” says Nina Pande, the organization’s executive director. “We’ve survived over the years because we’ve adjusted to the needs of our constituency—the make up of which has changed dramatically over the years—and stayed true to our mission by providing the best human services possible. Staying true to our mission will keep us around for another 125 years.” FHHA was founded in 1887 by Alida (Sprague) Whitmarsh and Harriet Richards. It was originally called the Mt. Pleasant Working Girls Club & Library. Located at the Sprague House on Armington Avenue in Providence, the club taught immigrant Irish girls to sew and had a private library. In 1902 the club changed its name to the Sprague House and expanded the scope of its services to include cultural, educational, and civic programs. FHHA continued to expand the scope of its services as time passed. In 1906 the Sprague House offered its facilities to the Providence Public Library as its first branch. The Sprague Library lasted into the 1940s. In 1914 the Sprague House moved to a small tenement house at 417 Atwells Avenue, Providence, re-named itself as the Federal Hill House Association, and began offering community programs to help Italian immigrants assimilate. A disastrous fire destroyed FHHA’s Atwells Avenue location in 1972. FHHA moved to the Bell Street Chapel for a while. In 1977 it moved to its current location.FHHA is among Rhode Island’s leading human services agencies, serving a diverse population with a team of multi-ethnic, multi-lingual workers. Last year it helped nearly 5,000 individuals and families meet their immediate needs. FHHA is also among the state’s leaders in early-childhood education. Its early learning program is the only full-service community center to receive a four-star rating from BrightStars, an independent Rhode Island rating agency. In September 2011 it introduced the state’s first trilingual immersion program for early learning students, which teaches students English, Spanish, and Chinese. A Contact: Nina PandeFederal Hill House AssociationTel: 401-421-4722FAX: 401-421-4725 E-mail: ninapande@federalhillhouse.orgWeb Site: www.federalhillhouse.org # # #bout Federal Hill House AssociationThe Federal Hill House Association is Providence’s second largest human services agency. It serves a diverse community and delivers a wide range of client-focused services. During the early 1900s it helped help thousands of Italian immigrants adjust to the New World. Today, the Federal Hill House is a multi-ethnic, social service non-profit agency, providing services that help improve the quality of life of its constituents.For more information about the Federal Hill House Association, its trilingual immersion program, or FHHA’s services, contact the Federal Hill House Association, 9 Courtland Street, Providence, RI 02909, Tel: 401-421-4722. E-mail: fhh@federalhillhouse.org