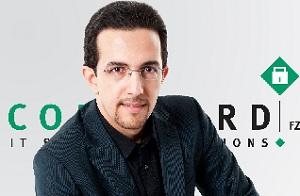 ComGuard, a Dubai based leading value added distributor for IT security products and solutions in the Middle East and North Africa region unveiled its Cyberoam and SafeNet bundle offer targeting both SMB and Enterprise end users in the Middle East region.ComGuard is the only distributor in the entire Middle East region to offer an exclusive bundle deal on Cyberoam UTM and SafeNet security package consisting five SafeNet eToken Pass along with SafeNet Safe Word 2008 Migration Pack. The bundle deal offers any channel partner five SafeNet eToken Pass along with SafeNet Safe Word 2008 Migration Pack for free on purchase of selected range of Cyberoam UTM appliances. Mohammad Mobasseri, Sr. Vice President, ComGuard, said, “This bundle deal for Cyberoam and SafeNet is an exclusive deal from ComGuard and we are the only distributor in the region to offer such a combined deal. We expect our partners to gain maximum benefit from this offer.”Cyberoam UTM appliances integrate multiple security features like Firewall, VPN, Intrusion Prevention System, Anti-Virus & Anti-Spyware, Anti-Spam, Web Filtering, Layer 7 Visibility & Control, Bandwidth Management, Multiple Link Management, and more on a single platform. Extensible Security Architecture along with multicore processors enables it to offer future-ready security and faster throughput. This bundle offer from ComGuard is valid till 31st March 2012 and channel partners from Qatar, Kuwait, Bahrain, Saudi Arabia, and Lebanon can benefit from this offer.About ComGuard: Comguard FZ LLC is one of the leading Value added Distributors in the IT security space and has a reach across the Middle East and North Africa region. The company was established in 2002 and is headquartered in Dubai, UAE. Comguard is a part of Spectrum Group which is engaged in IT networking and security training, and consultancy. Hence, the biggest strength for Comguard is the skill sets which has made it one of the fastest growing Value added Distributors in the region and has been recognized by several awards from vendors and industry platforms like Top 5 Value added Distributor by Reseller Middle East magazine and the Choice of Channel Award from VAR MEA magazine. For more information see www.comguard.net.PO Box 127631 Dubai, UAE

12-21-2020 | IT, New Media & Software
Vistar Communications
Spectrami wins the Top Distributor for Network Security of the Year Award
Spectrami, the region’s primary cyber security value-added distributor today announced that it has won the coveted ‘Top Distributor for Network Security of the Year’ award at the GEC Awards 2020, organised by the leading technology media company in the Middle East, GEC Media group. The 7th edition of GEC Awards this year were one of the first live in-person awards that were conducted since the outbreak of coronavirus in the region.
02-06-2019 | IT, New Media & Software
Vistar Communications
AOC launches brand new series of Surveillance Monitors
AOC, the display specialist today announced the expansion of product portfolio with the introduction of its brand new E1 series of surveillance monitors targeting the fast growing regional market for video surveillance. According to the analysts 6Wresearch, the Middle East commercial security market will grow by nearly 17 percent annually over the next six years, valuing US$7.4 billion in 2024, compared to an estimated US$2.9 billion in 2018. Video surveillance
10-25-2018 | IT, New Media & Software
Vistar Communications
ESET launches new security solutions to protect constantly-connected users
The latest version of ESET NOD32 Antivirus, ESET Internet Security and ESET Smart Security Premium that offers fortified multilayered protection, enhanced IoT protection, product referral and a new security report feature is released today. Users can rely on the best balance of speed, detection and usability acknowledged by multiple testing bodies to protect their constantly-connected devices. It is predicted that by 2025, there will be over 75 billion connected devices
10-17-2018 | IT, New Media & Software
Vistar Communications
GreyEnergy group targeting critical infrastructure, possibly in preparation for …
ESET has uncovered details of a successor to the BlackEnergy APT group. Named GreyEnergy by ESET, this threat actor focuses on espionage and reconnaissance, quite possibly in preparation for future cybersabotage attacks. BlackEnergy has been terrorizing Ukraine for years and rose to prominence in December 2015 when they caused a blackout that left 230 thousand people without electricity in the first-ever blackout caused by a cyberattack. Around the time of

11-02-2020 | IT, New Media & Software
Hexaview Technologies Inc.
Safe Drinking Water For All
"Pure water is the world's first and foremost medicine"- It is a truly said Slovakian Proverb that emphasizes the importance of pure water. The quality and quantity of water that we drink have a direct impact on our immune system. Water draws every impurity to itself, just like pure clay and activated charcoal. Water is one of the essential human existence resources, whether for human consumption, agriculture, and industry. Access
07-03-2020 | Health & Medicine
Healthy1inc
Remain safe during tough times.
Casselberry, FL – July 2, 2020 - Our doors remain open, commented owner Matthew Zifferblatt. "We strive for perfection with each customer by educating them in the simple fundamentals that we just simply forgot. Things such as "Health & Nutrition" not to forget a little exercise. Now a days it seems more and more people forget the simple things that were implemented as kids. "So many of us assume" it's just to
06-15-2020 | Leisure, Entertainment, Miscel …
Cube International
Safe Event Scheme, The Standard For Safe And Responsible Events
Following the launch of the Safe Event Scheme two weeks ago, Cube International (https://www.cubeinternational.co.uk/) and its key partners, ACT National and OnePlan, are delighted to launch the Safe Event Scheme website and event planning studio app. The Safe Event Scheme (https://www.safeeventscheme.com/is an initiative devised to help the events industry get back on its feet and allows venues, rights holders and event operators to plan, manage and implement a responsible set
06-14-2017 | IT, New Media & Software
Ubiqconn Technology Inc.
Ubiquitous Tracking, Safe and Sound
MT7000, the best in-class 7-inch in-vehicle terminal that features continuous connectivity and ubiquitous asset management. It is built with tracking capability to ensure your valuable assets reach the destination safe and sound. Key Features Track Your Assets: Concurrent multi-GNSS reception of GPS/QZSS, GLONASS and BeiDou. Data Transmission: GPRS/3G/LTE Vehicle Status Monitor: OBD II/ SAE J1939 Alert & Warnings: Panic button/GPIO Various OS Options Windows 8, Windows 10, Android 4.4 About Ubiqconn Ubiqconn Technology Incorporated is an innovative manufacturing company that specializes in
05-06-2014 | Tourism, Cars, Traffic
Fraunhofer IAO
Safe driving in city traffic
UR:BAN research initiative develops assistance systems for city drivers In future, cars with anticipatory driver assistance systems will help drivers to navigate their way through dense urban traffic without stress and above all safely. A taste of the solutions capable of transforming this vision into reality will be presented on May 14 by the 31 partners collaborating in the UR:BAN research initiative. The project, which runs to mid-2016, aims to develop
04-05-2011 | Fashion, Lifestyle, Trends
WAS GmbH
Safe barbecue with children
The new spring season will start soon and a lot of families are happy to enjoy their first barbecue activities in gardens, on balconies or as a picknick by the lake. Unfortunately a lot of accidents happen every year because of the unlucky combination of burning charcoal & playing kids. In Germany i.e. do we count more than 4000 bbq accidents annualy with a result of more than 400 strongly burned
Comments about openPR
We publish our press releases on openPR.de because we like people who are "open" - just like us.
Frank Obels, CEO, INCONET - Informationssysteme, Communication und Netzwerkberatung GmbH