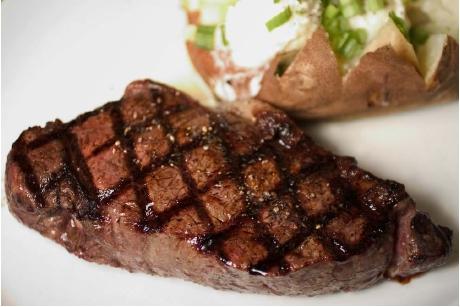 The United States Department of Agriculture (USDA) Food Safety and Inspection Service (FSIS) announced on 13 September 2011 they are taking extra steps to fight E. coli in the food supply. Under the new ruling, should E. coli serogroups O26, O103, O45, O111, O121 and O145 be found in raw ground beef or the meat used to make raw ground beef, such products will be prohibited from being sold as food in the USA. The Centers for Disease Control and Prevention (CDC) identified these serogroups as responsible for most incidents involving non-O157 Shiga-toxin producing E. coli and which causes illnesses, hospitalizations and deaths in the USA. The FSIS predicts the new standard will save 25,000 food borne illnesses annually. The FSIS originally intended to implement a routine sampling program for these serogroups by March 5, 2012, but have since postponed this until June 4, 2012 to allow more time to prepare.Just like the more widely known serotype E. coli O157:H7, these non-O157 Shiga-toxin producing serogroups of bacteria can lead to hemolytic uremic syndrome (HUS), a blood disease that can result in fatal kidney failure, especially in young children. Some beef industry processors have already agreed to test all of their lean beef for the non-0157 serogroups, but others continue to challenge the implementation of the new rules, claiming it will unduly impact trade and the meat industry. The Beef Industry Food Safety Council contends the new regulations will cost the industry 173-323 million dollars annually .While already testing for E. coli O157, Australia, Canada and New Zealand contend that by demanding the testing of imported goods to the USA for further serogroups of E. coli it may violate existing trade agreements under the World Trade Organization (WTO). They argue that the USDA FSIS should provide a risk assessment under Article 5 of the WTO agreement. The USDA issued a draft risk assessment on non-O157 E. coli In August 2011, but it remains unclear whether this was submitted to the WTO. The USDA FSIS have already updated their Microbiological Laboratory Guidebook (MLG 5B.01) to add the detection and isolation of the same non-O157 serogroups in meat products, which became effective November 4, 2011. It specifies a Polymerase Chain Reaction (PCR) method for screening and isolating the non-O157 serogroups. On January 13, 2012 one company announced they have developed a commercial method of testing for the non-O157 serogroups. However, the USDA FSIS postponed the implementation of a routine sampling program for these serogroups until June 4, 2012 to allow more time to prepare.About SGS Food Safety ServicesSGS follows up and regularly informs interested parties about the ongoing developments in US and international food safety legislation. SGS is able to provide a wide range of services, which include microbial analysis and analytical testing, auditing, and the inspections of food products for the US and worldwide markets at its global network of laboratories. SGS also provides consultancy and labeling services throughout its worldwide network.SGS is the world’s leading inspection, verification, testing and certification company. SGS is recognized as the global benchmark for quality and integrity. With 70,000 employees, SGS operates a network of over 1,350 offices and laboratories around the world.SGS Consumer Testing Services James Cook Food Safety Technologist at SGS North America Inc. 291 Fairfield Ave, 07004 Fairfield, NJ United Statest +1 973 461 1493 E-mail: cts.media@sgs.com Website: http://www.sgs.com/pages/consumer-testing/sgs-consumer-goods-and-retail.aspx

You can edit or delete your press release Zero tolerance policy extended by USDA to six further E.Coli serogroups here

04-25-2016 | Business, Economy, Finances, B …
SGS Consumer Testing Services
End of Transition Period for Australian Electrical Standards
Compliance Mark for Electrical Products The single Regulatory Compliance Mark (RCM) was introduced including a three-year transition period. The RCM illustrates a product’s compliance with all applicable ACMA standards—telecommunications, radio communications, electromagnetic compatibility (EMC) and electromagnetic energy (EME). Suppliers must register on the online national database and start using the RCM. Phasing out C-Tick and A-Tick Products that have already been labeled with the C-Tick or A-Tick can continue to be supplied until labeled stock
04-04-2016 | Business, Economy, Finances, B …
SGS Consumer Testing Services
First From SGS – Semiconductor Development Functional Safety Training
Rising to the challenges of the automotive industry, SGS has developed functional safety training courses specifically focused on semiconductor development in accordance with ISO 26262 and ISO/PAS 18451. Launching in April 2016, SGS will deliver new training courses at various locations, including California, USA and Munich, Germany. Achieve SC-AFSP Qualification Offering training and formal qualifications for semiconductor developers, this brand new two-stage training course is tailored specifically to the semiconductor industry’s development
03-21-2016 | Industry, Real Estate & Constr …
SGS Consumer Testing Services
Electrical Regulations Revised in South Korea
The beginning of 2016 brings regulatory changes in South Korea, with many of them impacting electrical and electronic products’ EMC compliance, as well as KC marking requirements. EMI and EMS Standards Harmonized in Amendment The electromagnetic interference criterion (EMI) and the electromagnetic susceptibility criterion (EMS) were applicable to electrical and electronic (EE) products prior to the publication of the amendment on December 3, 2015. This amendment does not signify a change in
03-15-2016 | Business, Economy, Finances, B …
SGS Consumer Testing Services
France Issues Notice to Decree N° 99-777 Regarding Deckchair Safety
France has issued a notice to decree n° 99-777 of September 9, 1999 on the prevention of risks resulting from the use of deckchairs, referring to version 2015 of NF D 61 – 062. Different Standard for Certain Deckchair Models On February 5, 2016, the French government issued a notice to decree 99-777 of September 9,1999 on the prevention of risks resulting from the use of deckchairs. This notice [1] makes it mandatory