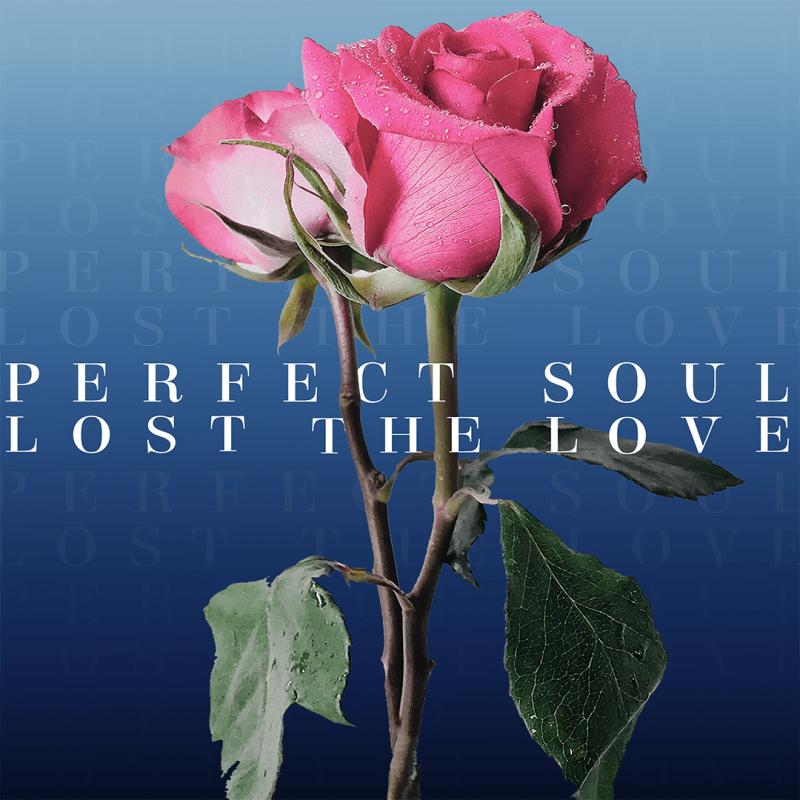 Songwriting siblings Perfect Soul have announced their debut EP Lost The Love – Presented as an introduction into their pop-driven sound through four brand new tracks. With title track “Lost The Love” having already premiered on BBC Introducing in the West and Bristol's BCfm Radio, the EP explores different styles, from soulful pop ballad “Adore Me”, to the contemporary R&B influenced “We Tried”. Lost The Love is the ideal showcase of Chelsea’s powerful vocal ability, combined with her brother Sam’s songwriting and production.“I’m super excited to be releasing some new original music again,” Chelsea explains. “We’ve been playing gigs every month for the past two years and haven’t released anything new for a while, cannot wait to hear the response”.“I wanted to put something together we could both be proud of,” Sam added. “We started writing this EP December last year, hopefully more opportunities can come from this, we would love to grow our fanbase and continue recording and performing more songs people can enjoy”.Originally from Bristol, Perfect Soul started as a covers band, performing at various restaurants, weddings, and private parties throughout South-West England. With an interest to grow more listeners through their pop-driven sound, the band began to focus more on their songwriting and original material.Growing up Chelsea and Sam would frequently write and record songs together. Before the duo was formed, the two had worked on various songwriting projects. In 2014 they released their first early singles, this included “Believe Me”, which received support from BBC Introducing in the West and local radio stations.BUY/STREAM “Lost The Love” here: https://perfectsoul.fanlink.to/LostTheLoveEPSocial Links: perfectsoul.co.uk facebook.com/perfectsouluk instagram.com/perfectsouluk twitter.com/perfectsouluk soundcloud.com/perfectsouluk- TheGameTV CA - Via Del Santuario 160 - stampa@thegametv.itTheGameTV is an Italian agency who works with singers, youtubers and other web agencies for their promotion. In 2018 we worked with Live Nation IT to promote a live concert of the italian band "Negramaro". We also worked with Rare UK to promote "Sea of thieves". Now we are helping the Italian singer "Andrea Pimpini" as a press office

05-09-2019 | IT, New Media & Software
Linetime Limited
Lost time!
Accurate time recording of fee earners’ activity is arguably more important today than it has ever been. Whether matters are fixed fee or otherwise, it is crucial to accurately understand and track where fee earners’ time is spent, for both billing and management information purposes. However, many firms still experience high levels of lost time, whereby fee earners have either forgotten to time record a five-minute telephone conversation or a quick
10-14-2016 | IT, New Media & Software
The L5 Group
HonestyTag.com Launches New Lost and Found Service
HonestyTag.com has is changing the lost and found industry with the launch of its free service. The service allows individuals and businesses to tag and register their valuables and motivates finders to return lost items to their owners by connecting a reward to each item. HonestyTag.com operates internationally, so finders can arrange to return lost items to owners anywhere in the world. Honesty Tags are available for free online at HonestyTag.com
09-12-2013 | Leisure, Entertainment, Miscel …
MLC PR
Marina Tseva Cast in SYFY's Lost Girl
Marina Tseva, has been cast in SYFY's hit supernatural drama "Lost Girl," where she will be playing a role in a flashback with the main character, 'Bo.' Created by Michelle Lovretta and produced by Jay Firestone and Prodigy Pictures Inc., in association with Shaw Media; "Lost Girl" follows the life of a Succubus named 'Bo.' Played by Anna Silk, 'Bo,' goes on a journey to control her abilities, discover
03-14-2011 | IT, New Media & Software
Look4Lost UG (haftungsbeschränkt)
Look4Lost.com: The Lost & Found Community launches today
After the devastating earthquake and massive floods in Japan, people in East Asia urgently need help. Look4Lost.com – The Lost & Found Community, which is launched today, provides survivors and relatives with an international web portal to find missing people after the disaster. In addition to fellow human beings, items and animals can be reported as ‘missing’ or ‘found’ on Look4Lost.com free of charge. Users have several options to upgrade
06-11-2009 | Arts & Culture
Ketterer Kunst
Lost portrait of Shevchenko resurfaces
Munich, 11 June 2009, (kk) - The Louis Picard painting “Ira Aldridge in Taras Shevchenko’s Studio” is bound to cause a sensation. Painted around 1900, the portrait will go under the hammer at the Ketterer Kunst Old Masters and Art of the 19th Century auction as the spectacular prelude to the four Welcome Auctions to be held on 19 and 20 June 2009 at Ketterer Kunst in Munich. There
02-13-2008 | Arts & Culture
China Malachiese Fashion Co. Ltd.
Italian Fashion Designer lost at Sea
Italian design talent Ritardo Malachiese is missing with his 30ft sailing yacht, "Lao Wei Kok" in the yellow sea since Friday last week. Malachiese and his boat where last seen on Friday the 8th leaving Qingdao for a day trip. The fashion designer is in Qingdao celebrating the Chinese New Year, prior to the opening of his first outlet in Beijing in April this year. His personal assistant and PR
Comments about openPR
We publish our press releases on openPR.de because we like people who are "open" - just like us.
Frank Obels, CEO, INCONET - Informationssysteme, Communication und Netzwerkberatung GmbH