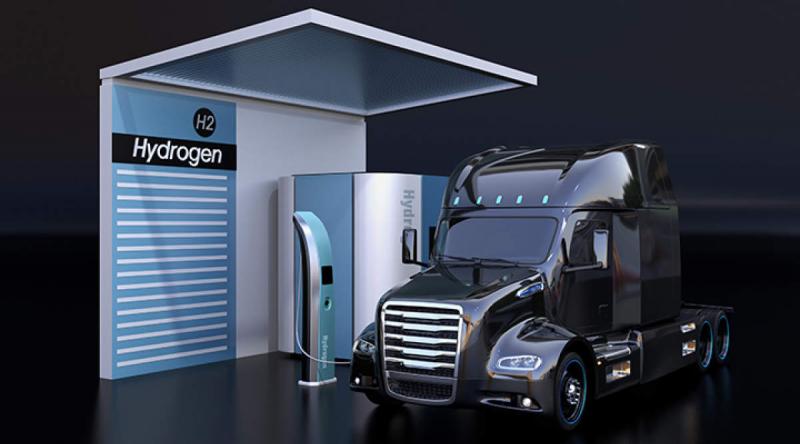 According to Allied Market Research, the global hydrogen fuel cell vehicle market is projected to reach $12.13 billion by 2023. Driven by an increase in environmental concerns and government initiatives for the development of hydrogen fuel cell infrastructure, the market is expected to manifest a colossal CAGR of 72.4% from 2017 to 2023.If the ongoing International Consumer Electronics Show (CES) at Las Vegas has showcased anything futuristic, it would be the adoption of hydrogen fuel cells. From drones to vehicles, researchers have focused on using hydrogen as fuel for every mode of transportation. Moreover, the major state-of-the-art transportation technology presented at CES such as Ford’s Mustang Mach-E muscle car to electric Sony sedan, companies are more inclined to adopt a greener way for transportation. Inquire for 25 % discount on this report @ https://www.alliedmarketresearch.com/purchase-enquiry/4558Recently, two major corporations, Deloitte China and Ballard Power System published a joint white paper that highlights how hydrogen fuel cell is a solution for transportation. In addition, the paper is said to be the first volume in the coming series that shades lights on how the future of mobility is nothing but hydrogen fuel cells.Rapid R&D to propel the adoption of hydrogen fuelsThe world has been aware of hydrogen fuel cells and its advantages in the automobile industry. However, the process to split water molecules into oxygen and hydrogen is expensive, which hampers the adoption of hydrogen fuel cell vehicles.Scientists have been working relentlessly to formulate an inexpensive method to create hydrogen energy. According to a research paper published in Nature Communications, the scientists at Swinburne University of Technology and Griffith University successfully captured hydrogen by splitting it from water molecules using inexpensive metals such as iron and nickel as catalysts. The use of these metals boosts the chemical process while minimizing the energy required for it. Prior to this, precious metals such as ruthenium, iridium, and platinum were used as catalysts in this process. However, iron and nickel, the commonly found metals on Earth, can easily replace the benchmark catalysts. The research offered an affordable way to develop hydrogen fuel cells.Request Sample Report at: https://www.alliedmarketresearch.com/request-sample/4558Big plans regarding hydrogen fuel cells in the futureThe pioneer in the automobile industry, Toyota has unveiled big plans regarding futuristic city powered by hydrogen fuel cells. The company stated the city would be located at the foot of Mount Fuji in Japan and employee and their families along with researchers and scientists would be the residents of the cityThe city is named Woven City and would flaunt a connected ecosystem. In addition, Toyota is partnering with Paccar Inc. to develop around 10 Class 8 fuel cell trucks to use in Southern California. The partnership is expected to use up to 100 hydrogen fuel cell-powered buses to transport visitors during the 2020 Olympics in Tokyo.That being said, the demand for hydrogen fuel cell vehicles is expected to gain momentum. In addition, the increase in innovations to decrease the cost of manufacturing is bound to create new opportunities in the future, which would define a new era of transportation.The key players profiled in the hydrogen fuel cell vehicle market share include Honda, Toyota, Hyundai, Daimler, Audi, BMW, Volvo, Ballard Power Systems, General Motors, and MAN.Following are the advantages of hydrogen fuel cell vehicles for users-1 The impulsion in hydrogen fuel cell cars is completely electrical. So, on driving such cars, you would just get the similar feeling of driving a regular electric vehicle. Additionally, there will be no engine noise, as electric engines offer full torque even when they run at low speeds. 2 Another significant benefit is the quick charging time. Based on the battery capacity, electric cars tend to entail at least thirty minutes to several hours in order to get fully charged. On the contrary, the hydrogen tanks of fuel cell cars are all set to go, even in case they are charged for less than five minutes. And, it’s certainly a big advantage for the users, as it brings in much flexibility than that of a standard car. 3 Last but not the least; the range of fuel cell cars is not at all reliant on the outside temperature. A for example, they are not likely to deteriorate even in harsh cold weather.Report Customization @ https://www.alliedmarketresearch.com/request-for-customization/4558Contact: David Correa Portland, OR, United States USA/Canada (Toll Free): +1-800-792-5285, +1-503-894-6022, +1-503-446-1141 UK: +44-845-528-1300 Hong Kong: +852-301-84916 India (Pune): +91-20-66346060 Fax: +1(855)550-5975 help@alliedmarketresearch.com Web: https://www.alliedmarketresearch.com Follow Us on LinkedIn: https://www.linkedin.com/company/allied-market-researchAbout Us Allied Market Research (AMR) is a market research and business-consulting firm of Allied Analytics LLP, based in Portland, Oregon. AMR offers market research reports, business solutions, consulting services, and insights on markets across 11 industry verticals. Adopting extensive research methodologies, AMR is instrumental in helping its clients to make strategic business decisions and achieve sustainable growth in their market domains. We are equipped with skilled analysts and experts, and have a wide experience of working with many Fortune 500 companies and small & medium enterprises.

08-01-2017 | Advertising, Media Consulting, …
Spire Market Research
Global Automotive Cylinder Head Market 2017-2022 Nemak, Toyota, Montupet, Great …
Automotive Cylinder Head Market Research Report A market study ” Global Automotive Cylinder Head Market ” examines the performance of the Automotive Cylinder Head market Size 2017. It encloses an in-depth Research of the Automotive Cylinder Head market state and the competitive landscape globally. This report analyzes the potential of Automotive Cylinder Head market in the present and the future prospects from various angles in detail. Request For Sample Report: http://bit.ly/2hgcrtA The
06-06-2014 | Business, Economy, Finances, B …
MTI Consulting
Toyota Competency Framework launched – enabled by MTI
MTI Consulting launched the Toyota Lanka HR re-engineering and competency development assignment in September last year. The HR consulting project which is executed through the application of MTI Consulting’s Competency Integration Model was approved as the basis to holistically develop a competency framework for Toyota Lanka. The project which examined the external environment, the key stakeholders and the HR value chain before recommending a competency map for Toyota was
01-29-2013 | Logistics & Transport
Toyota Material Handling Europe
Toyota Material Handling Europe (TMHE) revisits the Toyota Legacy
In light of Toyota Motor Corporation’s 75th anniversary, Toyota Material Handling Europe (TMHE) celebrates its past and reflects on the companies’ common history Toyota is one of the largest and most respected organisations – and brands –in the world. At the foundation of this reputation: Sakichi Toyoda - a man with a dream. Some nine decades back, he revolutionised the Japanese textile industry with his invention of the automatic loom; a
08-30-2011 | Tourism, Cars, Traffic
Nalley Toyota of Roswell
Nalley Toyota of Roswell Wins Toyota President’s Award
Roswell, GA – Nalley Toyota of Roswell is pleased to announce that it has won the prestigious President’s Award for the first time. The award is given annually by Toyota Motor Sales and is awarded to select dealers for their commitment to maintaining Toyota's high standards for customer satisfaction. The President’s Award recognizes those dealerships that provide customers with an excellent experience for the entire lifetime of their vehicle. In
08-16-2011 | Tourism, Cars, Traffic
Toyota of Greenville
Toyota of Greenville’s Dexter Moore Wins Toyota PROS Award
Toyota of Greenville 2686 Lauren Road Greenville, SC 29607 888-208-0839 FOR IMMEDIATE RELEASE Toyota of Greenville’s Dexter Moore Wins Toyota PROS Award Greenville, SC – Toyota of Greenville’s Dexter Moore has been recognized by Southeast Toyota with the Toyota Professional Retail Outstanding Salesperson (PROS) Award. Moore has been with Toyota of Greenville since 2004 and attributes his success to his communication skills. “I'm not really in the car selling business. I'm in the 'people' business,” he
04-26-2011 | Tourism, Cars, Traffic
Toyota Kirloskar Motor
Toyota Kirloskar Motor Plans Temporary Production Adjustment
22nd April, Bangalore: Toyota Kirloskar Motor Pvt. Ltd. (TKM) today announced its plans of making temporary production adjustments. This decision has been taken in light of the supply difficulties, following the March 11, earthquake and tsunami in Japan. Production will be suspended on Mondays and Fridays between April 25 and June 4.TKM will operate at approx 30% of its normal capacity during this period. There will be no impact on
Comments about openPR
I can't but agree to the positive statements about your portal: easy to use, clear layout, very good search function, and quick editing!
Jens O'Brien, Borgmeier Media Communication