Focus on Countries to Expand Your Affiliate Reach 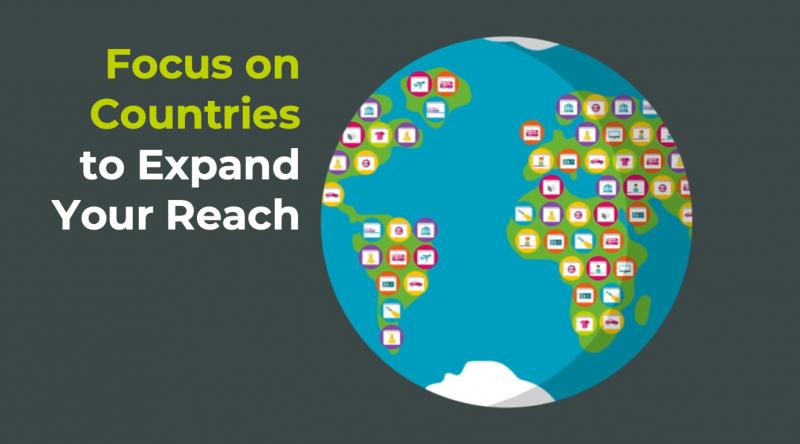 Publisher Discovery are excited to announce another update to the AI-driven affiliate analysis platform - a filter to focus on Countries. This adds to the recent major platform update which added the view of affiliates by Vertical.This new filter tool lists all the Countries in all geos, searchable at Region or Country level. This enables affiliate managers to search across broad geo regions or targeted to individual country markets depending on the focus. This deceptively simple looking drop-down filter is however driven by powerful AI-driven algorithm. ​With the Verticals view, this is a key enabler for drilling down from a broad view to the most relevant potential partnerships.Defining CountryThe feature was a major undertaking led by Sebastian Toke-Nichol, our Head of AI, to deal with all the potential variations discovered in our huge data resource. All of the two million affiliate websites were analysed within the platform and weighted to show which countries they are focused.This of course isn't as simple as Germany showing .de websites! There are some strange outliers that need to be allowed for that fall outside that narrow definition. There are some geos such as Australia where a website with a .com.au extension will very likely be owned by an Australian citizen. At the other end of the scale, a .com website can be targeting pretty much anywhere in the world.Sebastian describes the issues that had to be solved. "Our new country code filter finds affiliates by territory and country. For UK sites with a .com domain this can be a very difficult challenge, especially when using techniques like entity extraction which typically find entities from multiple countries.  Instead Publisher Discovery uses its proprietary technology to give a sorted set of rankings. This shows which countries an affiliate is most likely to operate in." This means that users will have a pretty good steer on the focus on each of the affiliate websites in our database.15 St Botolph St, London EC3A 7DTPublisher Discovery is an AI Driven affiliate intelligence tool used by Agencies, Networks and advertisers worldwide. The UK based company is independent of any Network or OPM, the platform shows the leading affiliates by market vertical - and in your competitors'​ affiliate programmes.

03-10-2020 | Advertising, Media Consulting, …
Publisher Discovery
Affiliate Vs Partner - What's in a Name?
So are they Affiliates or Partners? There has been a lot of discussion in social forums, blog posts and conference sessions about the use of the term affiliate and/or partner marketing. 'Affiliate vs Partner' was even the Keynote panel session at Affiliate Summit West this year - and even that was inconclusive. So, how should we describe the advertiser to publisher relationships in performance marketing. It's worth taking a look at why

09-11-2018 | Business, Economy, Finances, B …
Spire Research and Consulting
CPTPP signed by eleven Asia Pacific countries
With the sudden pull-out of the USA from the Trans-Pacific Partnership (TPP) last year, the deal was eventually signed by the eleven remaining Asia-Pacific countries and renamed the Comprehensive and Progressive Agreement for Trans-Pacific Partnership (CPTPP). The current CPTPP members account for more than 13% of the global economy – covering approximately 500 million people and USD10 trillion in GDP. The CPTPP is expected to lift economic growth among Asian member countries
02-02-2018 | Advertising, Media Consulting, …
HTF Market Intelligence Consulting Pvt. Ltd.
Clean Technology - Emerging Market in Developing Countries
HTF MI published a new industry research that focuses on Clean Technology market and delivers in-depth market analysis and future prospects of Global Clean Technology market. The study covers significant data which makes the research document a handy resource for managers, analysts, industry experts and other key people get ready-to-access and self-analyzed study along with graphs and tables to help understand market trends, drivers and market challenges. The study is
12-15-2017 | Health & Medicine
QyResearchReports
Veterinary Vaccine – Emerging Markets in Developing Countries
Qyresearchreports include new market research report Global Veterinary Vaccine Sales Market Report 2017 to its huge collection of research reports. The exhaustive report here gathers diverse viewpoints having an area with the overall Veterinary Vaccine marketplace which verbalizes the winning-day statistics and future exposures on the subject of the dynamic forces at play. The prime reason for the examination report is to provide the endorser with an expansive format and make
11-21-2017 | Business, Economy, Finances, B …
QYResearchReports
Hull Insurance - Emerging Markets in Developing Countries
Qyresearchreports include new market research report Hull Insurance to its huge collection of research reports. This market intelligence report on the global Hull Insurance market is comprehensive, making use of tables, graphs, charts, statistics, maps, and infographics to present the data in an easy to understand manner. The report is divided into various sections. The first section comprises the definition, overview, application, and classification of Hull Insurance. The second section gives
11-20-2017 | IT, New Media & Software
QYResearchReports
Pharmacy Software - Emerging Markets in Developing Countries
Qyresearchreports include new market research report Pharmacy Software to its huge collection of research reports. This report on the global Pharmacy Software market has been compiled by research analysts of the industry, with a primary aim to offer relevant information on the current market conditions for the global. Its objective is to talk about the growth prospects of the market and reach out to a wider range of audience such as
05-11-2017 | Advertising, Media Consulting, …
Market Research Report Store
2017-2022 Global Top Countries Aramid Market
Email for report at : fiona@marketresearchreportstore.com Market Research Report Store(MRRS) adds "2017-2022 Global Top Countries Aramid Market" latest studies, published in March 2017. It is a professional and in-depth study. Scope of the Report: This report studies Aramid in Global market, especially in United States, Canada, Mexico, Germany, France, UK, Italy, Russia, China, Japan, India, Korea, Southeast Asia, Australia, Brazil, Middle East and Africa, focuses on the top Manufacturers in each country, covering Dupont Teijin Yantai
Comments about openPR
OpenPR ist the nicest and most clearly laid out PR platform I have seen to this day. The press releases are displayed very nicely and clearly and without any unnecessary frills. The updates are fast and the finished release looks appealing and is clearly legible. Even with 16 years of experience one discovers new things from time to time. Congratulations!
Gabriele Ketterl, Director Marketing & PR, Menads