Press release from: Stuck in the '80s 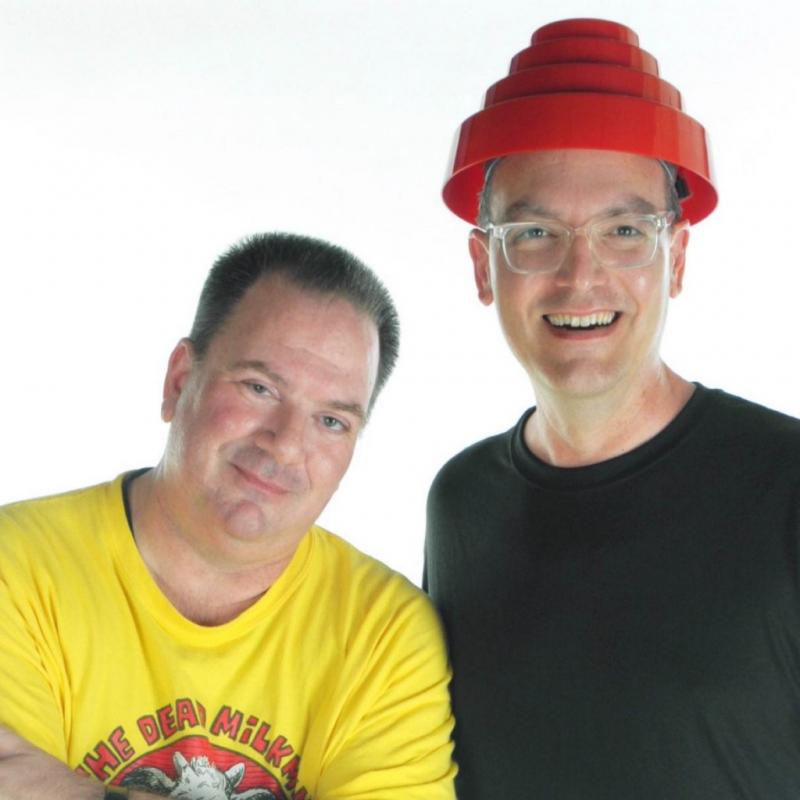 Award-winning podcast marks milestone with special retrospective show, redesigned website and launch of patron programStuck in the ‘80s, one of the first-ever podcasts devoted to the pop culture, music and old school memories of the decade, is celebrating its 15th anniversary.“I thought it would last maybe a month, two at the most,” says Stuck in the ‘80s co-host and creator Steve (“Spearsy”) Spears. “When we first started, the idea was an experiment to see how podcasts worked. Next thing you know, we were hearing from listeners across the country and around the world – even the South Pole.”The just-released 15th anniversary show features 15 favorite interview moments chosen by Steve and co-host Brad (“Brad in L.A.”) Williams. Stuck in the ‘80s has also unveiled a newly-redesigned website and joined the Patreon network, giving listeners the opportunity to support the show by becoming a SIT80s patron.Williams attributes the podcast’s enduring popularity to the duo’s off-air friendship and genuine love of all things ‘80s.“Steve and I really are friends, and I think that comes through in our banter,” Williams said. “We also try to be positive and respectful of the decade we love. I turned 13 in 1980. All of the music, movies, friends, experiences — everything that happened during the decade — shaped who I am today.”Then a web editor for the Tampa Bay Times, Spears launched the podcast in 2005. A blog on the newspaper’s website soon followed. He was inspired by the blog and website he built for his 20th high school reunion. “It reconnected me to the memories of that decade. Podcasts were just becoming a thing and the Times wanted to try doing one. Of all the ideas pitched, Stuck in the ‘80s was the one that got approved. We started with a digital recorder and two microphones!”Fifteen years later, Stuck in the ‘80s continues to entertain a longtime global audience of listeners across North America and in such faraway outposts as Australia, Austria, China, New Zealand, Russia, and Turkey. Over the course of 562 episodes, the podcast has welcomed scores of beloved ‘80s artists and personalities including Huey Lewis, Steve Perry, Dennis DeYoung, Lou Gramm, Nancy Wilson, Thomas Dolby, Olivia Newton-John, Kenny Loggins, Richard Marx, Rick Springfield, Molly Ringwald, Michael McKean, the original MTV veejays and more. In addition to reminiscing, roundups and interviews, Stuck in the ‘80s features interaction with its fans, from a mailbag segment to weekly challenges testing listeners’ knowledge of ‘80s movie clips and TV theme songs. Fans can now also connect through SIT80s Zoom happy hours and Facebook live chats. Listeners are invited to share their favorite podcast memories on social media using the hashtag #SIT80s for a chance to win Stuck in the ‘80s swag.SIT80s is the official trivia host for The 80s Cruise. Trivia sessions on board the popular annual 7-night sailing attract standing room only crowds. First-time ‘80s cruisers can receive $200 cabin credit for the sixth voyage, set for March 5-12 2022, by using promo code STUCK.Stuck in the ’80s has been recognized with many of journalism’s top accolades: Best Online Commentary from the Online News Association, an Eppy Award for Best Media-Affiliated Entertainment Blog and the FSNE award for Innovation in Driving a Digital Audience. “So many people have contributed to the show over the years,” Spears said. “I hope everyone feels a sense of accomplishment in hitting this milestone.”Stuck in the ‘80s is free and can be found on streaming services including Google Play, I Heart Radio, iTunes, Podbay, Spotify, Stitcher and Tunein. All 562 episodes of the podcast are available for download. Stay connected with Stuck in the ‘80s online at SIT80s.com as well as on Facebook and Twitter.Media Contact: Melissa Braverman MDB Communications 233 East 69th Street Suite 12B NY NY 10021 bravermanmelissa@gmail.comAn award-winning podcast celebrating the pop culture, music and old school memories of our favorite decade. Hosted by Steve Spears and Brad Williams.