Joseph D. Peters Launches "Shadow Of The Werewolf" On Kickstarter! 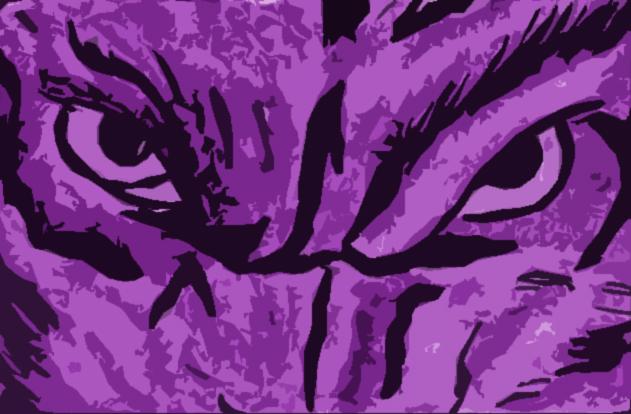 "Shadow of the Werewolf"

You can edit or delete your press release Joseph D. Peters Launches "Shadow Of The Werewolf" On Kickstarter! here

06-18-2012 | Leisure, Entertainment, Miscel …
Renaissance Productions, Ltd.
Shadow Of The Werewolf Relaunches On IndieGoGo!
Independent filmmaker, Joseph D. Peters, has relaunched “Shadow of the Werewolf” on IndieGoGo. Joseph wrote the script and will be directing the film on location in Argentina. Joseph and his co-producer, Simon Barron traveled to Buenos Aires to scout locations and meet with actors, talent agencies and production companies. Joseph has always had an interest in the werewolf creature over the years. He researched and discovered the
03-09-2011 | Leisure, Entertainment, Miscel …
Renaissance Productions, Ltd.
Joseph D. Peters joins Latin Horror as contributing writer & relaunches his webs …
Independent filmmaker, Joseph D. Peters, has officially joined latinhorror.com as a contributing writer. He will cover the horror scene in South and Central America via his LATIN HORROR column 'HORROR DOWN SOUTH.' LATIN HORROR was founded in early 2008 by filmmaker/curator Edwin Pagán and officially launched in the fall on Halloween as an online niche market website specializing in Latin-influenced horror, its documentation, and promotion as a distinct and

11-20-2018 | Industry, Real Estate & Constr …
Ibbett Moseley
Building plot in shadow of Kent castle up for sale
Many people dream of living in a castle but the second best thing is living next door to one with access to the building and its extensive grounds. A unique and rare building plot has gone on the market that could allow the owner, subject to planning permission, to build a beautiful, comfortable home near to historic Grade II* listed Chiddingstone Castle in Kent. Dr Robert Wickham, Senior Partner at agents for
11-19-2018 | Arts & Culture
PR for THE LONG SHADOW
The Long Shadow by Pat Herbert is published
ISBN #978-1944156718 The Long Shadow by Pat Herbert is published The evil presence of Jack the Ripper crosses generations and casts its malevolent shadow over the lives of others About the Book: When Fiona and James Brett move into their fashionable London home, they discover the attic room harbours a dark and deadly secret. James locks himself away inside, ostensibly to take up oil painting, but he soon becomes moody, even violent. Local prostitutes
07-18-2018 | Business, Economy, Finances, B …
Research N Reports
Shadow Banking Market Increasing Investments and Exploration and Production Acti …
Research N Reports announces the addition of a new document on the global marketplace for Shadow Banking. The report profiles the leading players in the global market to be able to offer a clear view of the modest forces of the market, while the local and product segments of the worldwide marketplace also are studied in element a good way to offer a granular example of the market’s breakdown. The
10-16-2017 | Advertising, Media Consulting, …
Shadow Banking market forecasts from 2017 to 2022 scrutinized in new research
Shadow Banking market
The market study, World Shadow Banking Market Size, Status and Forecast 2022, has been compiled by industry experts and is based on a comprehensive analysis of the Shadow Banking market in the world. The geographical distribution and various segments of the Shadow Banking market are extensively studied in this report. For this report, the Shadow Banking market value is provided for 2016 in USD millions, an expected CAGR % as well
07-25-2017 | IT, New Media & Software
QyResearchReports
Shadow Banking Market Size, Status and Forecast 2021 & Applications
Qyresearchreports include new market research report United States, EU, Japan, China, India and Southeast Asia Shadow Banking Market Size, Status and Forecast 2021 to its huge collection of research reports. The global Shadow Banking market is shed light upon with an in-depth analysis of vital elements that could prove influential for growth and demand in the foreseeable future. With both primary and secondary analysis in sync, the analysts authoring this report
02-28-2017 | Business, Economy, Finances, B …
business news
3D motion tracking Market 2017 - Xsens, VICON, PTI Phoenix, shadow
A market study based on the "3D motion tracking Market" across the globe, recently added to the repository of Market Research, is titled ‘Global 3D motion tracking Market 2017’. The research report analyses the historical as well as present performance of the worldwide 3D motion tracking industry, and makes predictions on the future status of 3D motion tracking market on the basis of this analysis. Get Free Sample Copy of Report
Comments about openPR
We publish our press releases on openPR.de because we like people who are "open" - just like us.
Frank Obels, CEO, INCONET - Informationssysteme, Communication und Netzwerkberatung GmbH