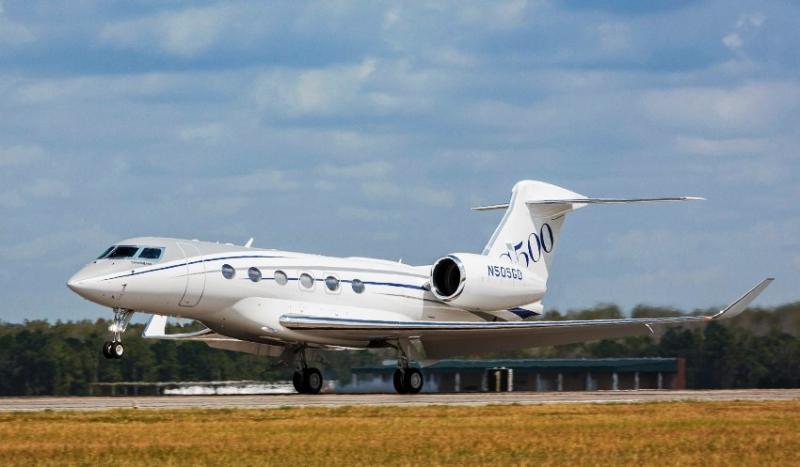 The Royal Thai Army is planning to buy a $US42 Million Gulfstream G500 in the 2021 fiscal year, according to a source in the Army Transportation Department. The announcement was made after a document showing the army’s plan to procure a medium-sized aircraft circulated online.The $US42 Million purchase of the Gulfstream G500 was initially part of the 2020 fiscal year budget. However it was postponed to 2021 over the coronavirus pandemic, the source told the Bangkok Post.The new Gulfstream G500, which is likely to be bought from Gulfstream Aerospace, will replace the current Beechcraft 1900yf. Which has been in use for more than 30 years, to transport the army and VIPs.The manufacturer of the Beechcraft earlier informed the army that it had stopped making the plane. Now spare parts would no longer be available. This prompted the army to consider a replacement with the G500.The source added that the purchase had also been approved by a screening committee.The Gulfstream G500 came about as a replacement to the Gulfstream G450, flying faster, further, and carrying more passengers and baggage than its predecessor. According to Gulfstream, the G500 has a top speed of 0.925 Mach or the speed of sound. It is equipped with a ventilation system that can replace the air in the cabin with fresh air in just 2 minutes and also has active side-stick control technology.As of September 2019, 1 of the Gulfstream G500 aircraft were purchased pre-owned by their current owner, the other 22 new. One G500 aircraft is currently for sale and is under an exclusive broker agreement. Jetcraft brokered the world’s first transaction of a pre-owned Gulfstream G500 aircraft.Brief HistoryThe GIV and G450 were produced by Gulfstream to offer greater safety, technology, and performance. The Gulfstream G500 has now replaced those models with even more improvements to these key factors. The Gulfstream G500 first flight was in May 2015 with service entry in September 2018. A total of 60 Gulfstream G500 business jets have been built, these serial numbers begin with a 7.Before the G500 model, was the G-500 model. The G-500 was built from 2006 to 2008 but production ended due to poor sales. Only 9 units were produced, all of these are still in operation and their serial numbers start with a 5. Gulfstream made this model less expensive than the G-550 by reducing the Basic Operating Weight (BOW) by 400 pounds. The G-500 is powered by two Rolls Royce BMW/RR BR-700-C4-11 engines.Worldwide AppealThe Gulfstream G500 business jets in operation today are wholly owned. 13% are currently leased. North America has the largest percentage of Gulfstream G500 aircraft (74%), followed by Asia (17%).Globalair.com 2700 Moran Ave Suite C Louisville, KY 40205Caitlyn Bruszewski press@globalair.com 888-236-4309Based in Louisville, Kentucky (KLOU), GlobalAir.com is the largest aviation resource and one of the oldest on the Internet. It serves the general aviation and business aircraft communities by offering clients and online visitors a wide range of premium aircraft and aviation-related data and services. Services offered by GlobalAir.com include Aviation Articles, News and Press, the Aircraft Exchange, which lists aircraft for sale or lease, Airport Resource Center (ARC) that displays U.S. airport data, Aviation Business Directory and Aviation Events all containing thousands of companies and listings. GlobalAir.com’s website receives more than 250,000 unique visitors per month and has helped connect the aviation industry since 1995. Globalair.com’s highly successful aviation magazine App “BuyPlane” has had over 22,000 downloads since its launch in late 2017.

12-17-2020 | Advertising, Media Consulting, …
GlobalAir.com
GlobalAir.com Celebrates 25th Anniversary
On December 14, 2020, GlobalAir.com celebrated 25 years of “Connecting the Aviation Industry” even through a global pandemic. What began in the basement of a house in 1995, has now grown into the largest aviation industry platform on the internet. Through the ups and downs GlobalAir.com has faced throughout multiple economic obstacles, its aviation-related platform has continued to thrive. The company has built a platform of trust by clients and users
09-06-2019 | Tourism, Cars, Traffic
GlobalAir.com
GlobalAir.com Announces 2019 "Calvin L. Carrithers" Aviation Scholarship Winners
LOUISVILLE, KY., Sept. 6, 2019 -- GlobalAir.com is pleased to announce the winners of the Globalair.com "Calvin L. Carrithers" Aviation Scholarship: Austin Fields, Nicole Lund, Savanna Paulsen, and Cameron Sansone. After a successful launch of the inaugural Calvin L. Carrithers Aviation Scholarship program in 2014, students from across the country have benefited. In 2019, students from the University of Nebraska Omaha, Purdue University, Southern Utah University, and Arizona State University were