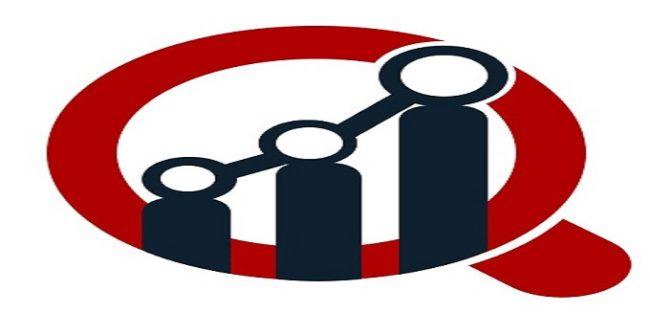 Mining Automation MarketThis study of the Global Mining Automation Market provides detailed information about industry trends and dynamics, market size, competitive landscape, and growth opportunities. The Global Mining Automation Market was valued at USD 2.31 Billion in 2018; it is expected to reach USD 4.03 Billion by the end of the forecast period at a CAGR of 8.6%. The scope of the global mining automation market study includes market size analysis and a detailed analysis of the manufacturer’s products and strategies. The market has been segmented based on offering, operation, and region.FREE PDF@ https://www.marketresearchfuture.com/sample_request/8666Mining operations have always been considered as an essential function for sustaining life on Earth. This status accorded to the mining sector primarily because they are responsible for extracting useful minerals from the surface of the Earth, as well as the seas. The mining operations for a more significant part of the last hundred years have been labor intensive. This has led to several accidents and loss of human life even if there was no human error involved. The minerals and ores that are mined are increasingly vital to the daily life that humans have become accustomed to. The abundance of ore deposits is expected to lead to further escalation in mining activities. Thus, the use of mining automation is expected to become more common in the upcoming years boosting the mining automation market share.The market forces that are driving mining operators to employ existing and emerging technologies are identified as the winds of change in the global mining automation market. The technologies that are being deployed are estimated to exploit yield recoveries, counter-regulatory necessities, increase operational competences, and maintain safe or zero-harm environments. They connect the power of connectivity to influence the massive amount of information that occurs in daily mining automation systems. Due to the extraordinarily harsh conditions, the global mining sector has lagged over other industries as far as the influence of technology and automation is involved. The pace of change in mining operations has been slow but is developing steadily. The experts and spectators associated with the field are predicted a robust development in mining automation in the coming years, which will contribute to the overall development of the mining automation market.Three major trends are identified as fundamentally transforming the industry. The shift from diesel to electrification has brought about increased productivity and sustainable use of resources while reducing input costs. Also, the digitalization of the mining sector is estimated to create a promising turnaround in overall market growth. The automation trend is also projected to create an upsurge in productivity and alter the way the sector works. However, the future is molded by the innovations and advances of the present. An important example that comes to mind is that of the Syama mine in Mali which was initially acquired by BHP as an open cast gold mine in the 80s, but from the time it has been taken over by Resolute Mining in 2015, it has experienced some astounding modifications as it gets primed to become the primary purpose-built automated mine in the world. The production is estimated to commence this year at Syama mine in Mali which, when it becomes operational, it is anticipated to become the world’s first completely automated mine, by utilization of technology that has been designed in close collaboration with Sandvik.Regional AnalysisFor the study of the mining automation market, several primaries and secondary research were conducted which helped us analyze the market for major regions such as North Americ, Europe, Asia-Pacific, and the rest of the world. Companies such as Kuka AG, Rockwell Automation, General Electric, and Mitsubishi Electric, having a huge customer base in each region and providing a wide portfolio for mining automation solutions helped us to understand that North America dominated the mining automation market, especially the US. The growth of the autonomous trucks and autonomous haulage and drilling segments, and stringent government regulations regarding worker safety help boost the growth of mining automation in the country. In Canada, the increased adoption of industrial robotics, the adoption of automation in mining and water treatment, metals and mineral processing, and the presence of foreign developers of automation solutions operating from Canada help towards the growth of the mining automation market in Canada.Key PlayersThe key players in the mining automation market are identified across all the major regions based on their country of origin, presence, recent key developments, product diversification, and industry expertise. Some of them are MST Global, ABB Limited, Komatsu Limited, Hexagon AB, Hitachi Limited, Trimble Inc, Rockwell Automation, Emerson Electric Co, Mitsubishi Electric Corporation, Schneider Electric SE, Wabtec Corporation, Honeywell International Inc, Siemens AG, Atlas Copco AB, Caterpillar Inc, Sandvik AB, Yokogawa Electric Corporation, among others. These players contribute significantly to market growth. Apart from the top key players, the other players contribute nearly 35–40% in the mining automation market.More Information@https://www.marketresearchfuture.com/reports/mining-automation-market-8666Other Related Market Research Reports:Global Factory Automation Sensor Market Research Report—Forecast till 2025https://www.marketresearchfuture.com/reports/factory-automation-sensor-market-8661At Market Research Future (MRFR), we enable our customers to unravel the complexity of various industries through our Cooked Research Reports (CRR), Half-Cooked Research Reports (HCRR), Raw Research Reports (3R), Continuous-Feed Research (CFR), and Market Research and Consulting Services.Contact: Market Research Future Office No. 528, Amanora Chambers Magarpatta Road, Hadapsar, Pune – 411028 Maharashtra, India +1 646 845 9312 Email: sales@marketresearchfuture.com

09-11-2018 | Industry, Real Estate & Constr …
QY Research, Inc.
Global Substation Automation Market
This report studies the Substation Automation market size (value and volume) by players, regions, product types and end industries, history data 2013-2017 and forecast data 2018-2025; This report also studies the global market competition landscape, market drivers and trends, opportunities and challenges, risks and entry barriers, sales channels, distributors and Porter's Five Forces Analysis. The demand of Substation Automation is increasing now. The global Substation Automation market was xx million US$ in
12-27-2017 | Health & Medicine
WISE GUY RESEARCH CONSULTANTS PVT LTD
Global Lab Automation Industry
Global Lab Automation Industry Latest Report on Lab Automation Market Global Analysis & 2021 Forecast Research Study Lab Automation Market Analysis Automation is one of the best weapon in the life science laboratory due to the growing demands for productivity in speed, accuracy, throughput and efficiency. Helped by advance technology, contemporary automated systems are already adept of a wide range of functions that were previously performed by slow, tedious and manual labor. Instrumentation
10-06-2017 | Advertising, Media Consulting, …
Scalar Market Research
Test Automation Market
Test automation is being utilized in software for comparing the tangible outcomes with expected software outcomes. Automatically, there are various tools that help in operation of controlling the test execution. Software testing which is done manually through which person operates on the computer and go through several stages needed for testing purpose such as trying various usage, application screens, and input combinations that compares the results to be projected behavior
06-21-2017 | Health & Medicine
Medical Device By CMI
Pharmacy Automation Market
Pharmacy automation is a mechanical process where handling and distribution of medications takes place in hospital pharmacy or at retail pharmacy. It includes any pharmacy task that involves counting of small objects such as tablets or capsules, measuring and mixing of powders and liquids for compounding, tracking and updating customer information in databases such as personally identifiable information (PPI), drug interaction risk detection, medical history and inventory management. The pharmacy
03-30-2017 | Business, Economy, Finances, B …
Persistence Market Research Pvt. Ltd
Global Automation Instrumentation Market
Automation is the use of several control systems for operating equipment such as boilers and heat treating ovens, machinery, switching in telephone networks, stabilization and steering of aircraft, ships and other applications with reduced or minimal human intervention. Automation saves labor and energy and improves quality and precision. Automation can be broadly divided into process and discrete automation. Instrumentation is the science and art of control and measurement of
03-10-2017 | Health & Medicine
Renub Research
India Home Automation Market,
Renub Research report about India Home Automation Market by Types (Lighting, Security, Heating, Ventilating and Air Conditioning, HVAC, Entertainment) By User (Residential, Commercial & Hospitality) Company Profiles & Forecast. According to this research India Home Automation Market is expected to cross the figure of INR 30,000 Crore by 2022. Home Automation in India is creating big opportunity not only for Indian automation companies, but also for foreign companies. At present
Comments about openPR
9 o'clock: discuss press release with client, 10 o'clock: submit release to openPR, within the briefest possible time release is published and displayed in a prominent place on openPR.de. I am thrilled!
Zehra Spindler, Calypso Now! - Communication Agency