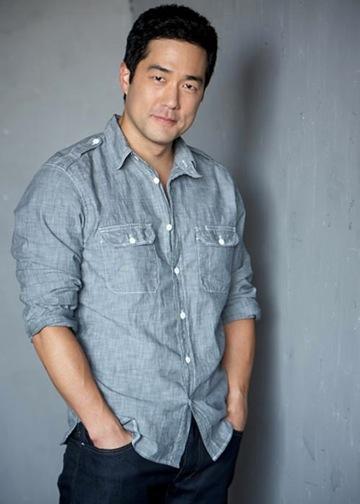 The Mentalist star’s production company will be holding a short film competition in awareness of child abduction and exploitation.Los Angeles, CA (January 23, 2012)- Actor Tim Kang, best known for his role on CBS’ critically-acclaimed show THE MENTALIST has launched a film production company called One Shoot Films (OSF). Beginning Tuesday, January 24, 2012 One Shoot Films is accepting entries into the OSF Short Film Competition 2012. As an homage to Kang’s support of the National Center for Missing and Exploited Children (NCMEC), all story ideas are limited to the topics related to child abduction and/or child exploitation. The competition prize is an opportunity for the winner(s) to see their idea go from the page to a finished production. The winning writer/director or writer and director team will receive up to a $15,000.USD production budget to shoot their film, overseen and produced by OSF. Additionally, OSF intends to actively push the winning short film for entrance and competition to relevant U.S. and International film festivals. The winner(s) will also have travel and housing expenses paid for during the shoot dates, pre- and post-production, as required by OSF.Scripts must be submitted online at http://www.oneshootfilms.com/submit. There is an online submission form with detailed instructions. Entrants must submit their log line and full script/resume in PDF format, along with a reel link and a $25.00 entrance fee. The deadline for submissions is Monday, March 12, 2012. At the end of the submission period there will be a week for the judges to review the submissions and select three finalists. These three finalists will then pitch their ideas to the judges (Monday, March 19, 2012 – Wednesday March 21, 2012). The winner will be announced on Friday, March 23, 2012. Story ideas must include the topic of child abduction/child exploitation and issues of NCMEC. Submissions will only be accepted from a Writer/Director or a Writer and Director team. The script submission must be no less than 5 (five) minutes and no more than 15 (fifteen) minutes screen time and no more than 20 pages in length, and will be shot in the Los Angeles area. Contestants must be 21 and older. Only US entries will be accepted. The shoot schedule for the winner will be as follows: Pre-production (4weeks) Monday, March 26, 2012 – Friday, April 20, 2012 Production (1 week) Monday, April 23, 2012 – Friday, April 27, 2012Post-production (4 weeks) Monday, April 30, 2012 – Friday, May 25, 2012For more inquiries on the OSF Short Film Competition 2012 please contact shortfilmcompetition2012@oneshootfilms.com. For media inquiries regarding Tim Kang, please contact Mona Loring of MLCAbout Tim Kang Tim Kang has established himself as a highly sought after and versatile actor in both film and television. He can currently be seen weekly on the hit CBS drama The Mentalist opposite Simon Baker where his character “Kimball Cho,” the straight-arrow investigator, has emerged as a fan favorite on the show. The Mentalist won a 2009 People’s Choice Award for “Favorite New TV Drama,” and was nominated for a 2009 Television Critics Association Award for “Outstanding New Program of the Year.” Notably, Tim was also seen on the big screen in the Lionsgate action thriller Rambo opposite Sylvester Stallone and re-teamed with director Greg Pak for the title role in Mister Green, having first worked together in Greg’s acclaimed first feature, Robot Stories. Before his starring role in “The Mentalist,” Tim has had memorable performances in movies such as The Forgotten and Two Weeks Notice. He has also had strong recurring roles on television in NBC’s popular drama, Third Watch, and CBS’s military saga, The Unit. About One Shoot Films One Shoot Films is based in Los Angeles, California. The production company develops, produces and acquires independent film scripts and properties from the United States and around the world for distribution. One Shoot Films' primary focus is to get back to the basics of storytelling - to produce relevant, engaging and entertaining films that accurately reflect the world we live in today.Mona Loring MLC PR 7080 Hollywood Blvd Suite 903 Los Angeles, CA 90028 323-462-8080 mona@monaloring.com

09-12-2013 | Leisure, Entertainment, Miscel …
MLC PR
Marina Tseva Cast in SYFY's Lost Girl
Marina Tseva, has been cast in SYFY's hit supernatural drama "Lost Girl," where she will be playing a role in a flashback with the main character, 'Bo.' Created by Michelle Lovretta and produced by Jay Firestone and Prodigy Pictures Inc., in association with Shaw Media; "Lost Girl" follows the life of a Succubus named 'Bo.' Played by Anna Silk, 'Bo,' goes on a journey to control her abilities, discover
06-25-2012 | Leisure, Entertainment, Miscel …
MLC PR
Chaske Spencer to Exhibit His Photography
The Twilight star’s never before seen photography will be exhibited at the Dream Hotel for one night only. Los Angeles, CA (June 25, 2012) – On Thursday, July 12th, Chaske Spencer, star of the Twilight Saga film series will be exhibiting his photography, along with the work of photographer Nadia Itani. The exhibit will be displayed at “THE BAR” Dream Hotel, who is donating their space as well as wine
12-22-2011 | Leisure, Entertainment, Miscel …
MLC PR
TINSEL KOREY TO VOLUNTEER AT ST. MARY’S FOOD BANK
Los Angeles, CA (December 21, 2011) – On Wednesday, December 21st, 2011, Tinsel Korey, of The Twilight Saga film series will return to St., Mary Food Bank in Phoenix, Arizona to volunteer and assist in the campaign against hunger in hopes that her efforts will help create awareness of hunger in America. Last year, while working with DoSomething.org, Korey became aware of the hunger many American families faced during
09-07-2011 | Leisure, Entertainment, Miscel …
MLC PR
“MILLIONAIRE MATCHMAKER’S” SOUTHERN GENTLEMAN JOINS “TEE TEE” TO DISH …
LOS ANGELES, CA (September 6, 2011) — “Barack the Vote’s” success landed creator, Brandon Broussard on season five of Bravo’s hit show “Millionaire Matchmaker” in the upcoming episode airing Thursday, September 8th at 9:00PM. Former writer for Tyler Perry, Brandon Broussard’s latest creation, Purple Stuff TV has grown increasingly popular. The sketch comedy started as a web series in 2009 and since has generated buzz resulting in interest from various

04-26-2021 | Arts & Culture
New Media Film Festival
New Media Film Festival
NEW MEDIA FILM FESTIVAL® 1st FEST TO ADD NFT TO PROGRAMMING LINEUP First Festival For New Media Storytelling Showcases 119 Content Creators from 23 Countries June 2-3, 2022 Judges from BBC, Emmys, HBO, Marvel and PBS to present $45,000.00 in Awards Los Angeles, April 19, 2021 – The New Media Film Festival® (www.newmediafilmfestival.com) is the first event of its kind in the world to accept non-fungible tokens (NFT) in competition. During its 12th
02-04-2021 | Arts & Culture
New Media Film Festival
Annual Film Festival
New Media Film Festival® introduces new technology, and the communication of ideas through panels and Q & A’s to implement a more expansive use of 21st-century technology in storytelling for both artists and content creators. The 12th New Media Film Festival is slated for June 2-3 2021 at The Landmark in Los Angeles. Serving as the very first film festival to distribute micro-content, to screen AI created film, a holographic
08-13-2020 | Arts & Culture
New Media Film Festival
New Media Film Festival
INNOVATIVE STORIES & TECHNOLOGY CREATORS FINALLY HAVE THEIR DAY – AUGUST 15TH 2020 NEW MEDIA FILM FESTIVAL AWARDS SHOW The 121 New Media Films & Content from 32 countries that are nominees in the 11th Annual New Media Film Festival® voted. Resoundingly the nominees voted to have an online awards ceremony and forgo an in person festival this year. With 38 World – 15 U.S., and 30 L.A. Premieres and the
10-24-2018 | Industry, Real Estate & Constr …
SUCO Robert Scheuffele GmbH & Co. KG
SUCO Image film 2018
To celebrate the company's 80th anniversary, SUCO presented a new image film of the social media plattform YouTube. The 2-minute image film was conceived and realised by MSB-Films: The film focuses on the core values of the SUCO brand, which are also reflected in the new company vision: * Quality in the area of internal training and further education of specialists and managers as well as multi-stage quality assurance throughout the entire
05-03-2017 | Arts & Culture
Nine Ladies Film
The Wasteland Film
The Wasteland a modern day mystery thriller from Nine Ladies Film, scheduled to be shot in the Derbyshire Dales in July 2017. The story follows the journey of Laurence, a loner, a man with a hidden past, who arrives in a small village on the offer of work from a local farmer Frank. Taking the job of rebuilding a field boundary stonewall, Laurence becomes intrigued with the mysterious figure of Holly,
01-24-2013 | Media & Telecommunications
IFT international, inc.
Executive AG protection film
With the beautiful retina display of the new Apple iPad and other top of the line mobile devices, users are more concerned than ever with protecting their screens from daily abuse and optimizing their viewing experience. Now IFT launched an innovative technologies to long line of Screen Protector products, Anti-Glare protection film which provide the ultimate protection for mobile devices. The IFT’s Anti-Glare protection film primary advantage is that it can
Comments about openPR
Your portal is fast, simple, and easy to use. Others may have more functions but they also demand more editing time, you have to preformat the text in order to achieve a good result etc. I think openPR is really fantastic!
Andreas Knepper, wallmedien AG