Dice Bangga gets gully with his current release “Goat” 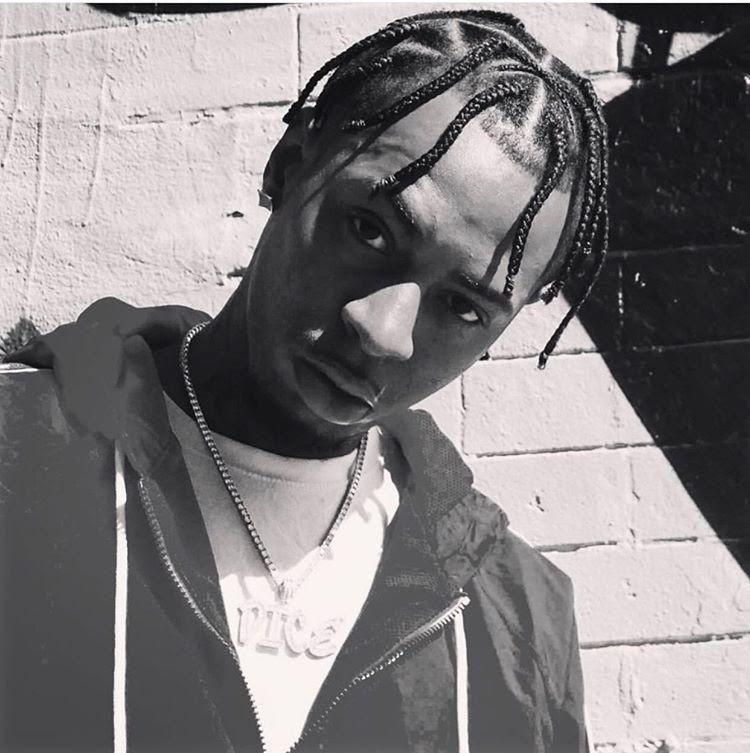 Who is Dice Bangga? Dice Bangga is an up and coming artist from The Bronx, New York. Dice has had much success this year with his current releases including “Goat”, “Gwuap” and “Aye” which also have the videos now on YouTube for viewing. Dice Bangga’s consistency is what makes him a force in the industry. Totaling over 70,000 views alone on YouTube his numbers continue to grow at an astronomical rate. His YouTube is currently taking off and still growing as we speak.His single “Goat” shows his diverse inextinguishable sound. The base line and dark piano chords add something very bold and enticing for his listeners and ever growing audience. Dice Banggas level of motivation and pure dedication is what keeps him growing and pushing so much each day.https://youtu.be/f3ABk8iexeIIn each of his releases Dice has a very appealing vibe and cadence to his hooks that tend to draw people in. It’s like he knows exactly what style to put out to draw people to his music. He has an infectious sound and image to him that will help only to boost his brand. Dice is clearly the goat after this release. He has undeniable bars, focus and drip. Dice will be working on a new project that is set to drop within the very near future so make sure you guys are keeping up with all of his latest content.You can view all of his current content on all major music platforms in the meantime. Why does Dice have what it takes? Dice Bangga is a different breed. He is both talented and business smart when it comes to creating and building his brand. His eagerness to compete with the industry artists is going to make him a force to be reckoned with. Dice not only puts out above and beyond music, but he also stays on top of his marketing. Growing and staying consistent is top on his list along with appreciation to all of his supporters when it comes to his career. Dice has been doing music for a long time and is ready to get to the mainstream level and do whatever it takes to get to that point in his career. His music delivers an Edgy, Trap and catchy sound and will be attracting more fans as he pursues more promotion outlets. He has the image and the songs ! Now it’s just time to get it to the masses.Where can you find all of Dice Bangga's content?You can find all of Dice’s content when you search his name on Google. He has been featured on Rap Fiesta with an amazing article introducing his release “Goat”. You can also find his video interview with Zack TV on YouTube where he speaks on a recent beef due to an industry scammer and introduces who he is. Dice says in the interview “He’s not just the pretty boy most see him as”. Review his visuals on YouTube and his other content on platforms such as Spotify, Deezer, ITunes, Google Play, Amazon and more! He has his new releases there and would love your support for each record.Name: Dice Bangga info: IG @sohollywooddiceOfficial “Goat” music video https://youtu.be/f3ABk8iexeI

04-24-2019 | IT, New Media & Software
MP3Toolkit, Inc.
MP3Toolkit Launches Easy YouTube HD Downloader
Today MP3Toolkit announces the launch of YouTube HD Downloader, a freeware downloading tool that allows users to download videos from YouTube and other platforms on the go. In addition to downloading the videos in HD MP4 format, the application also supports other file formats like MP3 audio, WMB, MOV, WMA, MPG, AAC and so on. This software tool can be downloaded from here: https://www.mp3toolkit.com/youtubehddownloader.html YouTube HD Downloader works similar to a
09-25-2013 | Arts & Culture
VernissageTV
VernissageTV Hits 8,000 Subscribers on YouTube
Basel (Switzerland), September 25, 2013 -- VernissageTV recently reached a new milestone by hitting 8,000 subscribers on YouTube. VernissageTV's Art TV channel on YouTube was created in 2005, regular uploads started in 2007. The channel that is dedicated to contemporary art, design, and architecture now contains more than 1,100 videos that cover art exhibitions and events, and feature interviews with artists, designers, curators and architects. The VernissageTV YouTube channel is
02-16-2012 | Health & Medicine
Otto Bock HealthCare GmbH
Ottobock YouTube Channel
Global Presence on Leading Video Platform Ottobock is now represented with its own channel on the YouTube video portal. Visitors have access to a wide variety of Ottobock videos from the Prosthetics, Socket Technologies and Mobility Solutions divisions, clearly illustrating the benefits of our solutions. The number of videos and the topics covered are gradually being expanded. YouTube also offers a variety of features for its users: if they like the Ottobock
08-17-2011 | IT, New Media & Software
Atlantik Elektronik GmbH
Atlantik Elektronik goes YouTube
Fit for the Future Planegg, August 16th, 2011 Atlantik Elektronik GmbH goes Web 2.0 and now presents itself with its own channel on YouTube, world's most famous Internet video portal. Several video clips on this channel inform interested parties as well as customers about news and trends around semiconductor technologies and solutions. Recent YouTube statistics show the increasing importance of videos for the internet communication. Video podcasts offer the advantage of being available
12-30-2010 | Health & Medicine
Banjara Academy
Banjara Academy Launches YouTube Channel
December 30, 2010: Banjara Academy, the Bangalore-based counselling services institution, has launched a YouTube channel and uploaded its first video for the leading online video community. The video has been made by a batch of students from Banjara Academy’s Diploma in Counselling Skills course and explores the varied dimensions of a custody battle case that was heard in the Karnataka High Court. The video may be viewed on http://www.banjaraacademy.org/news-and-events/special-banjara-events/custody-battle-case. The video
11-02-2010 | IT, New Media & Software
yellowBird
YouTube to collaborate with yellowBird
Breakthrough for developers of 360º video technology Groningen, 27 October 2010 Internet platform YouTube has approved collaboration with the young Dutch company yellowBird. YouTube is going to use the pioneering 360º video technology that yellowBird has developed over the past few years. This technology produces moving images on the principle of the Google Streetview camera and is ideal to record events and shoot films and commercials, for instance. Viewers are
Comments about openPR
9 o'clock: discuss press release with client, 10 o'clock: submit release to openPR, within the briefest possible time release is published and displayed in a prominent place on openPR.de. I am thrilled!
Zehra Spindler, Calypso Now! - Communication Agency