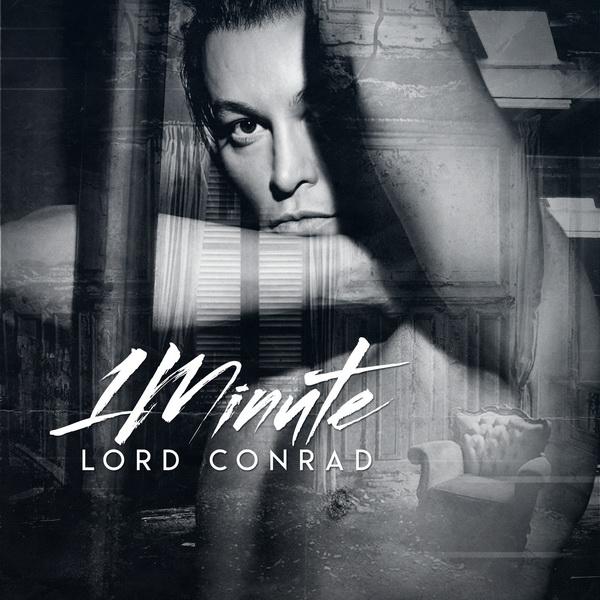 With lot of upcoming DJ stars that are yet to take the board, Among everyone Lord Conrad is one of the most perspective DJs and electronic music producers out there.Lord Conrad is an uprising Artist, he is a DJ and a YouTuber with already 7 major music hits under his belt.Also known amongst his fans as the ‘Lord of Music’, Lord Conrad is not only a global music icon but also a glamourous model and a fashion symbol. His styling and profile reflects his true Italian origins and he has a crazy expanding fanbase from around the world.There is no argument that when it comes to music, TikTok has a power to make a song go viral like no other social platform. Right now he's single "Lord Conrad - 1 Minute" is becoming viral into the famous social networkAt current time already 2500 users r using his music into different Tick Tock videos, As you can see from this link: https://www.tiktok.com/music/1-Minute-6781097335217719298?fbclid=IwAR0uygnGYhi4wIBgwuU-G5NUKa61iOy4CAEmSyYyE1983yshfCl0KDTl5uwthis trend is growing fast day after day.But this is not the only reason why the artist is so famous n this latest trend is just contributing to his massive success.He has already realised a Music video on YouTube with over a Million n half views called "LORD CONRAD - TOUCH THE SKY"The video is very cool n has all coolest elements including cars, and girls in it combining it with scenes of unique action and love.https://youtu.be/SYQS05jxwqIAnother major his is: "LORD CONRAD - ONLY YOU".THE SONG HAS BEEN SELECTED AS THE OFFICIAL REPRESENTATIVE OF THE SHUFFLE DANCE INTO THE FAMOUS YOUTUBE CHANNEL ‘ELEMENTS’ & DANCERS WORLDWIDE HAVE STARTED TO DANCE THIS SINGLEIs clear that having his music into that channel next to all wolrd biggest Djs, wih millions followers, is a mark of success.https://youtu.be/wBbiIjxwxpoIs this enought????? NOLORD BECAME ALSO A FAMOUS YOUTUBER SHOWING EXCELLENT SKILLS AS A WEB ENTERTAINER TOO,MANY GAMERS WORLWIDE STARTED USING HIS MUISC IN YOUTUBE GAMEPLAY AND ALSO THIS TREND IS GROWING FAST TODAYAS you can see from this video, it has reached already 100k views showing a gameplay video with his own music: https://youtu.be/WgyBltMZzi8Media is calling him the ‘Sexiest Italian Celebrity on Instagram’ and his growing social media reach is a testament to his unmatched success as a multitalented celebrity that is uprising all over the world.For more details, please visit:www.lordconrad.comHis popularity worldwide has doubled since the release of his music video of his song ‘Touch the Sky’, which broke records of success around the world. However, ‘Only You’ has taken his global popularity even further away and finally "1 Minute" took him to the next level as the song has gone viral in the world of Tick Tock music.

You can edit or delete your press release A New TikTok Song Has Gone Viral: "LORD CONRAD - 1 MINUTE" and It's So lovly italian EDM heart sweeten here

05-29-2019 | Fashion, Lifestyle, Trends
Richard Lowe Fashion Group
Supermodels Unlimited Magazine Hosts Miami Fashion Show for Children in Need
On June 1st Supermodels Unlimited Magazine(SU) is hosting a celebrity runway benefit for the Voices for Children Foundation. The Epic Swim Show will kickoff Swim Week festivities a full month early, to bring more focus and awareness to the charity and their important work in South Florida. Voices for Children improves the lives of children in foster care. In the life of every child, there should be at
05-22-2019 | IT, New Media & Software
Orian Research
Video Live Social Platform Market 2019-2026 Industry Business Growth and Key Pla …
The global video live social platform market is increasing need to create brand awareness and to improve lead generation activities is major factor driving the market globally. However, misuse of social media platforms to spread fake news is expected to hinder the growth of market during the forecast period. Get Sample copy @ https://www.orianresearch.com/request-sample/1021355 The key players profiled in the market include Google LLC, Amazon, Inc., Microsoft, Dailymotion, Steam, Sony Interactive Entertainment
03-28-2019 | IT, New Media & Software
Orian Research
Social Networking Services market report explore the industry size, shares, glob …
In this online platform that human use to make social networks or social relations with other UN agency share similar personal or career interests, activities, backgrounds or real-life connections. Get Sample Copy of this Report – https://www.orianresearch.com/request-sample/871366 The Global Social Networking Services market 2019 research provides a basic overview of the industry including definitions, classifications, applications and industry chain structure. The Global Social Networking Services market analysis is provided for
01-22-2019 | Advertising, Media Consulting, …
syntricon technologies
Syntricon - What is Branding and why we need it in a Business
The branding is key that finds the route on the roads of • Name • Logo • Color • Images • Videos and • Pen downs. Do you know, the dating for a new business should have a brand call and the name is called “Branding”. It’s quite funny to discuss branding with such an example, but it’s quite reachable and do you think no businessmen had a “day-out” with their crush? I knew the
01-11-2019 | IT, New Media & Software
Market Research Future
Over The Top Content (OTT) Market 2019 – 2023 Global Key Players: Apple, Inc, …
Market Scenario: Over-the-top services including voice telephony, SMS, television, etc are basically potential substitutes for traditional methods of telecommunications. OTT is a term used for delivery of content over the internet, without having to subscribe to cable or dish TV. It was just a couple of years that OTT platforms made their presence felt in the market, providing video content over the Internet. And now, over-the-top content is an ongoing trend
01-07-2019 | Arts & Culture
WhoaOmar
WhoaOmar is OmarGosh’s New Brand Name – Launches on YouTube and Instagram
Los Angeles, CA, US For Immediate Release Just 16 years old and making his mark across social media, WhoaOmar today relaunched his brand on Youtube and Instagram. Formerly OmarGosh, WhoaOmar changed his brand name after frequently being confused with a YouTube channel that had the same name. Accumulating half a million views, the youngster first gained fame with a large following of his musical.ly (now known as TikTok), Instagram, and YouTube
Comments about openPR
I can't but agree to the positive statements about your portal: easy to use, clear layout, very good search function, and quick editing!
Jens O'Brien, Borgmeier Media Communication