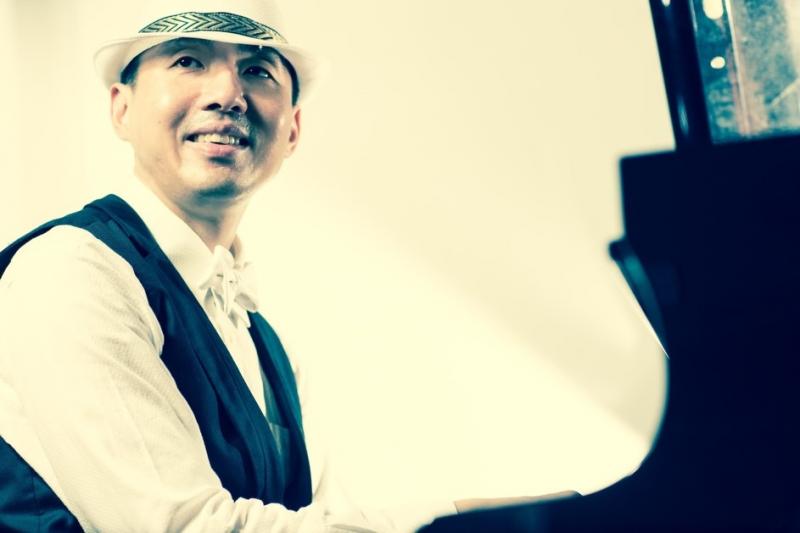 Singapore-based singer-songwriter Matthew Quek comes across as confident, candid and optimistic, with a positive outlook on life. He has won awards and captured the hearts of many with his renditions of popular classics and original compositions. Yet, behind that ready smile and easy-going nature, he hides a painful past which many may not be aware of.For most of his growing up years, Matthew was bullied in school. An insecure and introverted child, Matthew often found himself the subject of ridicule and the perpetual target of the ‘more popular’ kids in school. The inability to adhere to societal norms and having invisible learning difficulties only added fuel to the flame; so much so that going to school daily became a recurring nightmare for young Matthew.“My classmates, and even one teacher, called me ‘slow, stupid and dumb’.” recalled Matthew. “They labelled me, called me derogatory names, and while the abuse was not always physical, the intention to cause fear and distress harmed my mental well-being to such an extent that I began to believe their taunts.” The singer now wants to raise awareness about bullying by sharing his past experiences with not only the youths of today, but also their parents, guardians, and educators. Bullying is not simply ‘a normal part of growing up’ and definitely not contest of the survival of the fittest. In today’s society, where electronic communications and social media are de rigueur, it becomes even more dangerous as cyber-bullies run amok, hiding behind that screen of anonymity - without faces, or names.While bullying has been identified as a problem, it continues to be prevalent in schools. According to a Singapore documentary in 2018, three quarters of the respondents, (who were mainly youngsters) said they had been bullied online, and almost all of the victims did not inform their parents. In a joint 2014 survey conducted by the Singapore Children’s Society and the Institute of Mental Health for 3,000 students aged 12 to 17, it was reported that one in nine adolescents has been a victim of cyberbullying. The Cause and Effects of BullyingWhile there is no single reason that can explain bullying, aggressors will usually pick on others perceived to be weaker than themselves. Insecurity, the need to be in control, poor upbringing and the exposure to violent games or movies may also be contributing factors. Others use social media platforms to broadcast sensitive information or hurt the victims’ feelings.Young people who have been bullied may feel alone, unsafe, afraid, stressed, humiliated, ashamed and rejected. Often, they will feel that there is no escape and may take measures to ‘fit in’ by changing their appearance or acting differently and hurting themselves or others.Sharing His ExperienceMatthew was born after his mother battled a severe and life-threatening complication during childbirth. He grew up in a loving home, and even though he was perceived as a ‘slow-learner’ in his early years, his learning disabilities were only formally diagnosed towards the tail-end of his National Service.His experience in school has left an indelible mark on Matthew. “My learning difficulties caused me so much trauma, emotionally and psychologically. I was often ostracised by my classmates because I was struggling with not only schoolwork, but also playground communications,” said Matthew. This, however, did not deter him from progressing academically. With strong family support and older friends who constantly gave him advice and the strength to soldier on, he went on to read History in a local university, where he was listed in the Faculty’s Dean’s list for three consecutive years and graduated with a Second Upper Honours - a feat that doctors thought virtually impossible, given the severity of his learning disabilities.The Importance of Support Units“I want to emphasise that one should never, ever feel embarrassed about informing parents, guardians or friends whenever they feel threatened, excluded or discriminated upon. They should seek help and advice from trusted sources; and they should know that fighting back against individuals who have caused mental anguish is not a sign of weakness. On the contrary, it is a courageous decision to stand up for themselves.” Matthew said. He also highlights the importance of recognising cyberbullying by reporting offensive material, such as comments which are meant to hurt and vilify. “If the material is on an online public platform, there are also options for you to report these posts. Do not take cheap online insults to heart, and never put yourself in a position where it becomes easy for people to take advantage of you. There are several organisations that can assist if you need help with problems related to cyber-bullying,” he continued.Matthew now actively channels his spirited and effervescent personality into meaningful endeavours, such as singing, song-writing and mentoring youths. He has managed to overcome all adversities and emerged not only stronger, but also armed with the understanding that obstacles in life come in many forms. For those who may not conform to societal norms, life can be a challenging journey. With relentless support from family and friends, Matthew has managed to navigate through the turbulent currents of self-destruction and bitterness - but recognises that he is one of the fortunate few. “There are many people out there who are struggling with bullies and have no one to turn to. I hope that by sharing my experiences, they will know that they are definitely not alone, and that there are those who will stand with them in their fight against bullies.”For more information: www.matthewquekonline.com Matthew’s music: www.youtube.com/user/mquek7+++ Issued on behalf of Matthew Quek by Affluence Public Relations.For media enquiries, please contact:Regina Soejanto regina@affluencepr.com +65 9430 7744Gabriel Tan gabriel@affluencepr.com +65 9841 420620 Cecil Street #26-02 PLUS Building Singapore 049705https://affluencepr.com/#aboutus

07-02-2021 | IT, New Media & Software
Affluence PR
PUSH FOR TECH RESKILLING OPENS UP NEW PROSPECTS FOR WORKERS IN SINGAPORE
When the pandemic hit, 57-year old Muhamed Ibrahim Mohd Salleh found himself unemployed and not being able secure a job. Having only offline sales experience and zero background in tech, he found himself facing unfamiliar changes. He realised that the ‘new norm’ would be more tech-driven, prompting him to take a leap of faith to enrol himself in the SG United Skills Digital Marketing and E-Commerce Specialist Programme by NTUC
01-21-2021 | Fashion, Lifestyle, Trends
Affluence PR
Planet Beyond surges onto the Singapore scene with personal devices that elevate …
18 January 2021, Singapore – Founded in 2018, Planet Beyond was established by 4 MIT and Harvard entrepreneurs with a common goal of creating a better world, starting with better products - better performance, better aesthetics and better for the environment. Between the strong foundations in science and sensibility; traits inherent in an architect, an engineer, a mathematician and computer programmer that the founding quartet comprises, the notion to meld
12-18-2020 | Leisure, Entertainment, Miscel …
Affluence PR
Pioneering Online Florist and Gifting Company, Ferns N Petals, Offers Speediest …
15 December 2020, Singapore – With 400 outlets, serving over 125 cities, Ferns N Petals has an unrivalled position in the gifting industry. Since establishing a regional office in Singapore 17 months ago, it has been literally working extended hours to bring carefree convenience to customers and the heartfelt joy of receiving to the lucky recipients, through its extensive and innovative web portal. The website is stocked with an ample
10-06-2020 | Health & Medicine
Affluence PR
C-Astra Robot Destroys and Deactivates 99% of Viruses To Aid Cleaning Profession …
27 August 2020, Singapore – The COVID-19 outbreak is a global threat for which the world was unprepared, with a sudden massive need to disinfect surroundings fast. Surfaces contaminated with COVID-19 pose a grave threat to the safety of healthcare workers, patients, frontline responders, and the general public. Deactivating the COVID-19 virus on surfaces is a critical and necessary step to protect and disinfect, especially when businesses have resumed and

02-23-2021 | Industry, Real Estate & Constr …
DNB Construction
Matthew Robinson joined DNB Construction’s team
DNB Roofing LLC has promoted a new team-member Mathew Robinson Rockville, MD (February 2020) – DNB Construction LLC is a certified roofing company whose experience brings about confidence to all present and prospective clients. This firm is specialized in all elements of both residential and commercial roofing for over a decade. These days, some great news has arrived from this company. Namely, a roofing specialist Matthew Robinson has joined a promising
05-08-2020 | Business, Economy, Finances, B …
Behind the Balance Sheet
Matthew Tilling Joins Behind the Balance Sheet
We are delighted to announce that Matthew Tilling has joined Behind the Balance Sheet to offer training courses on technical accounting to our institutional investment clients. Just before the lockdown, Matt and Behind the Balance Sheet founder Stephen Clapham ran an accounting course for the analyst team at a highly regarded specialist sell-side boutique: "We had Stephen and Matt in our office for a "refresher" on a few IFRS rules and
02-16-2018 | Arts & Culture
Johansson Projects
Matthew F Fisher | Into the Blue
Matthew F Fisher's paintings have been exhibited extensively in California, New York, London, and Atlanta, He is a recipient of residencies and awards from the Pollock Krasner Foundation, Yaddo, and the New York Foundation for the Arts. Born in Boston, Massachusetts, Fisher received his MFA from Virginia Commonwealth University. Juxtapoz February 2018 Sasha Bogojev “..Both his ink drawings and acrylic paintings have the aesthetics of vintage futuristic air-brush art, notable through
12-15-2017 | Arts & Culture
Johansson Projects
Matthew Fisher | Into The Blue
Johansson Projects presents Into the Blue, a solo show by Matthew F Fisher. Part moony Florida evenings, part castaway, part neo-pastel, part noir, part performative water works, part astro-physic - all of Fisher's paintings approach the perfect through the imperfect. There's a level of completeness, of polish, of finish to each painting, while still basking in the hand drawn. The quivering stillness of a strait line amplifies the unseen human
01-13-2014 | IT, New Media & Software
Arbor Networks
Arbor Networks Appoints Matthew Moynahan President
DUBAI, United Arab Emirates, 13th January, 2014- Arbor Networks, Inc. today announced the appointment of Matthew Moynahan to the position of President, replacing Colin Doherty. Mr. Moynahan had been senior vice president of product management and corporate development at Arbor since 2012. Over the course of his 23-year career, Mr. Moynahan has held a variety of executive and leadership positions within fast growing private as well as very large public
01-13-2012 | Politics, Law & Society
Jackson Walker L.L.P
Matthew Thompson Joins Jackson Walker
Jackson Walker is pleased to welcome new partner Matthew Thompson to the firm. Mr. Thompson concentrates his practice on advanced U.S. immigration and nationality law and global business immigration matters, assisting employers with immigration challenges facing international workforces. He has extensive experience in all areas of U.S. immigration law, but primarily focuses his current practice on employment-based immigration for corporate clients, naturalization, and the immigration practices and regulations for foreign
Comments about openPR
9 o'clock: discuss press release with client, 10 o'clock: submit release to openPR, within the briefest possible time release is published and displayed in a prominent place on openPR.de. I am thrilled!
Zehra Spindler, Calypso Now! - Communication Agency