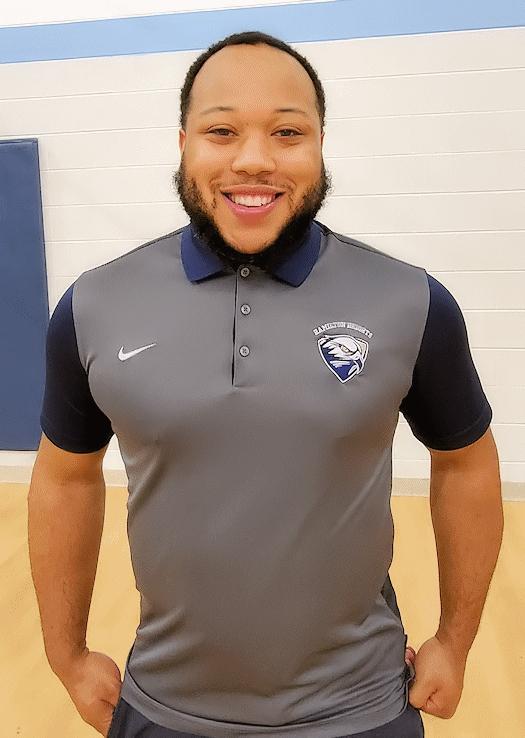 Chattanooga, TN - For a small private school located inside the heart of Tennessee, Hamilton Heights Christian Academy (HHCA) has continued to deliver vastly oversized results in its ongoing quest to expand its stellar reputation for maintaining a "culture of excellence" in education and sports that has attracted nationwide attention and acclaim. The "Small School with a Big Christian Heart" has consistently produced boy and girl championship basketball teams for close to two decades now. In addition to graduating alumni NBA players Shai Gilgeous-Alexander and his cousin Nickeil Alexander Walker, the boys' basketball team ended the 2019-2020 season with an overall 28-3 record. The boys' team was ranked #1 in the State of Tennessee and 11th nationwide The girls' basketball team has enjoyed an equivalent stature and reputation. Under the outstanding tutelage of Coach Keisha Hunt, the school produced two All Americans last season The team ended the 2019-2020 season with a 25-1 record and was ranked #1 girls team in the State of Tennessee and 2nd nationwide. Coach Hunt was nominated as a Coach of the Year, and will be returning next season. To hear departing star basketball coach Zach Ferrell explain it: "Our mission of using basketball to impact the world for Christ has remained true since my very first day. I am so thankful to be a small part of a program that was able to accomplish so much. In the past seven years we have had 24 players go on to play collegiate basketball, 4 players playing professionally, won 4 NACA Division 1 National Championships, finished in the Top 25 in the country 3 years and in the Top 10 this past season. I want to personally thank everyone who has ever been involved with Hamilton Heights Christian Academy for giving me this opportunity of a lifetime to mold the character and talents of the young people I've worked with to become the true champions they've become." Though Coach Ferrell will now be moving on to become Assistant Men's Basketball Coach at Eastern Florida State College, in order to continue to break new ground in standards of excellence for the school, Hamilton Heights Christian Academy decided to hire an elite new basketball coach who intends to carry on and amplify the work and achievements of Coach Ferrell.. Incoming Coach Stephen Cook developed an elite reputation for having spent more than 6 years coaching, training and raising up young athletes to realize their peak potential, His coaching accomplishment include: - Three consecutive TSSAA State Tournament Appearances - (2014, 2015, 2016; TSSA Class AA State Tournament Finals Runner-Up - 2016; and AAU National Champions 17U, D1 - 2017As Stephen sees it: "I intend to use my knowledge of the game of basketball to help current student athletes both on and off the basketball court. I will be able to use my basketball knowledge and skills in developing student athletes into the kind of champions and citizens they aspire to be. As a God-loving man, I will be able to carry out the mission and message that God places upon my heart. He will be the forefront of what the program is about." Between the boys and girls teams, recent Hamilton Heights graduates have gone on to further receive full athletic scholarships worth over $2,500,000 this year, awarded by: University of Central Arkansas, Syracuse University, Tennessee Wesleyan University, Mississippi State University, University of Kentucky, University of Ohio, University of Florida, Iowa State University and, University of New Mexico.Rick Levin Head of School Hamilton Heights Christian Academy 2207 Hickory Valley Road Chattanooga, TN 37421 USA Cell: (949) 683-8866 eFax: (702) 255-0534 RLevin@HamiltonHeights.net www.HamiltonHeights.net www.HamiltonHeightsSports.comHamilton Heights Christian Academy offers a college preparatory program for students of all faiths, denominations, ethnicities and nationalities. It has attracted both local and international students for many years and the school has an open enrollment policy. The school plans to offer a summer basketball program and will offer regular in-person classes in the upcoming August semester.

01-07-2019 | Business, Economy, Finances, B …
LIFE COACH LIBRARY
LIFE COACH LIBRARY OFFERS PERSONALIZED ONLINE SERVICES
OCEAN VIEW, DELEWARE- JANUARY 7, 2019- As the 2019 new year is in full swing, many have begun their journey to a new self or are in search of personal growth. However, it can be difficult to achieve on your own, see past new years resolution for example. Life Coach Library is pleased to offer a fantastic online service to those that are looking to improve themselves with the help
01-07-2019 | Sports
Superbike-Coach Corp
Superbike-Coach Announces Its 2019 Schedule
Sacramento, CA - January 2019 Superbike-Coach announced its 2019 class schedule today. The popular riding school has upped the stakes to include new benefits and offers to their students and track day riders. Superbike-Coach provides sport photography by Dean Lonskey free of charge at all classes and events. And, the track fee is included at their Cornering School program. They also offer free snacks, coffee and drinks throughout the day. The riding
11-20-2018 | Business, Economy, Finances, B …
WISE GUY RESEARCH CONSULTANTS PVT LTD
Coach Rental Service Global Market 2018: Key Players – US Coachways, Lorenz Bu …
Coach Rental Service Market 2018 Wiseguyreports.Com adds “Coach Rental Service Market –Market Demand, Growth, Opportunities, Analysis of Top Key Players and Forecast to 2025” To Its Research Database. Report Details: This report provides in depth study of “Coach Rental Service Market” using SWOT analysis i.e. Strength, Weakness, Opportunities and Threat to the organization. The Coach Rental Service Market report also provides an in-depth survey of key players in the market which is based on the various
07-10-2018 | Health & Medicine
Navzoo
Dr Paras : Youngest Indian Life Coach
Sangharsh S Daithankar now Dr.Paras, hails from a normal middle-class family, filled with dreams and aspirations and struggles that made it look like a herculean task to achieve. The drive and the zest to achieve and reach heights made him stronger and he immersed himself into the path of constant knowledge upgrades. Dr.Paras, consistently proved he was an overachiever as a student. At the age of 16, he decided he
02-15-2018 | Advertising, Media Consulting, …
Haute Pink PR
CATHERINE COLUCCIO – Personal Coach & Motivational Speaker
FOR IMMEDIATE RELEASE CATHERINE COLUCCIO – Personal Coach & Motivational Speaker New Zealand – 2/12/18 – HAUTE PINK PR is excited to announce the addition of Catherine Coluccio – Personal Coach & Motivational Speaker of Cat Coluccio - Rocking Midlife to their roster of elite clients. Catherine Coluccio gets excited seeing midlife women empowered, motivated and living fulfilled, purposeful lives. Regardless of whether they are in the same career they have
07-06-2011 | Business, Economy, Finances, B …
Webindia
Ceo development coaching, Coach training in india
International coaching foundation Executive & Business Coaching Foundation India Limited is India’s first institution dedicated to the cause of Coaching.,CFI’s Training division conducts programs in the executive and business coaching space to create coaches of international standing and participant is accredited as Leadership Development Coach and admitted as Associate Member of CFI.The primary objective of the accreditation process is to ensure that all CFI coach interns display adequate evidence of
Comments about openPR
We publish our press releases on openPR.de because we like people who are "open" - just like us.
Frank Obels, CEO, INCONET - Informationssysteme, Communication und Netzwerkberatung GmbH