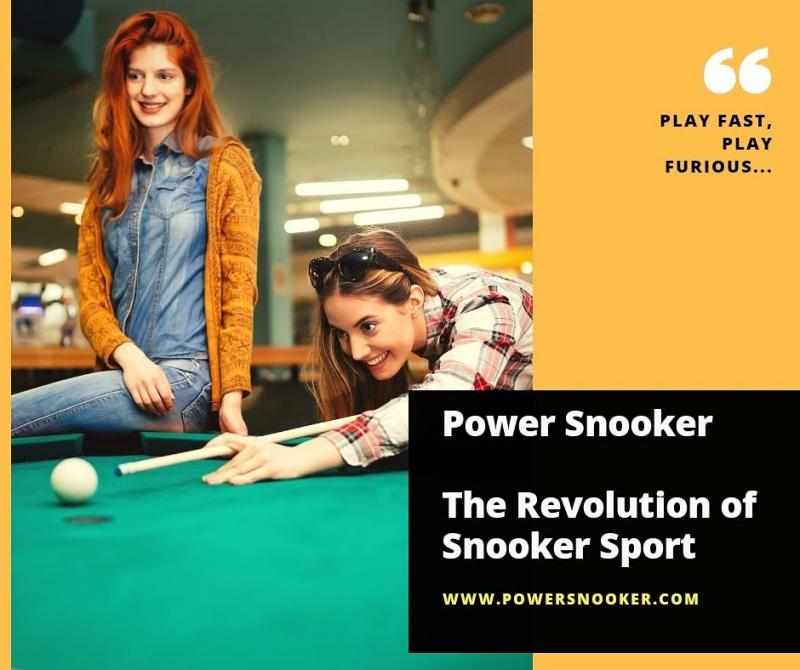 Snooker originated later in 19th century. In the 1870s, billiards was a sport played by members of the British Army stationed in India. The first official competition, the English Amateur Championships, took place in 1916 and by the 1930s, Snooker was becoming one of the most popular cue sports. The success story of snooker in recent years cannot be understated. The sport was considered near to death by even its top players at one time, with sponsorship money and audience interest in steep decline. A new generation of players came to the fore in the 1990s. Though the standard of snooker continued to rapidly increase, the immense popularity that Snooker enjoyed started to wane. The game needed innovation.Devised in 2010 as part of this renewal, Power Snooker introduced a more aggressive and thrilling style of play to the snooker table. This game is all about scoring high in 30 minute matches, with just 9 reds on the table in a diamond formation behind the pink, and one special red known as the Power Ball, which lets players boost their breaks.Over 1 million people watched Ronnie O'Sullivan win the first tournament in 2010 and Martin Gould win the second in 2011. The innovations to the game made for an intense spectacle and, encouraged to shout and cheer, the audience became part of the experience. The 2011 tournament was seen in 193 countries around the world and has remained high in people's memories as an enthralling new take on snooker.Power Snooker is set to return not as a competitor to it's traditional counter-part, but as an additional sister-sport that brings out a different side of the game, and one that is more forward-thinking in some respects.Better gender representation in both the professional and amateur circuits of cue-sports is a key objective. By creating separate and mixed professional tournaments, and providing opportunities for women and equal prize money, Power Snooker hopes to attract a diverse range of players and thus a new audience to cue-sports. The final aim is to see women competing in the finals against men and winning on their own merits in a Power Snooker Championship Final.Snooker is growing and ever-changing, and Power Snooker hope to be part of that evolution, running not only professional tournaments but even local clubs and leagues, introducing new audiences and players to this fantastic new sport.Power Snooker Group Turnford Place, Unit B Ground Floor, Great Cambridge Road London, United Kingdom EN10 6NHThe Power Snooker Group is a UK incorporated and London-based group with subsidiaries in the UK , US and China and the owner of the Power Snooker sport.

06-07-2018 | Business, Economy, Finances, B …
TMR Research
Refractories Market - Revolution in Petrochemical Products 2025
Global Refractories Market: Overview Modern manufacturing methods frequently function under extremely high temperatures, at times in excess of 1,000°F, and that calls for ceramic materials that can withstand stronger heat than metals. Refractories are materials that can maintain their form at high temperature and are ideal for kilns, furnaces, reactors, and incinerators. In addition to being heat resistance, refractory materials are also able to deal with physical wear and tear as
04-11-2018 | Business, Economy, Finances, B …
SlideCamp
SlideCamp Celebrates the PowerPoint Revolution!
SlideCamp Celebrates the PowerPoint Revolution Say bye bye to the blah blah and hello the aha! SlideCamp is a newly all-encompassing solution to making everyday business presentations simple for entire workforces. SlideCamp is an online platform which has been created as a response to corporate needs in presentations. Keeping the quality, quantity, and usability of presentations has been a constant struggle for businesses for many years, but no more. We have just finished testing our presentation upload, sharing
10-20-2017 | Business, Economy, Finances, B …
Talenter
Talenter.io - a quiet mighty revolution
Our future is goint to be quite different from our present. Artificial intelligence and autonomous robots will do most of our tasks automatically. Goods will be as favorable as never before. Abundance is normal for some people. Others, however, find no tasks, no opportunities to create prosperity through employment. The gap between the rich and the poor blows the societies around the world. Only a few people will make a living in manufacturing, processing and administration and
08-21-2008 | Leisure, Entertainment, Miscel …
Hermit of the Mountain, LLC
The Revolution Has Begun
The first episode of science-fiction series "Venus Rises" is now available on vidcast. "Ikarus" is a short film prequel to Venus Rises Series 1. Viewers can watch "Ikarus" at http://watch.venusrises.com The vidcast player contains character clips, CG animatics, and 3D model walk-throughs by engineering physicist Arnand Kularajah. "Ikarus" features the talents of Michael Ian Krupnick, Robert Morris, and Julia Hiroko Howe. Musical credits include scores by Peter Calderon,
04-21-2008 | Business, Economy, Finances, B …
vbuyonline.com
Vbuyonline.com - Revolution in online shopping
Vbuyonline.com is an online shopping mall; offering range of products from food to fashion, from home to health. The company aims to provide hassle free e-shopping experience by ensuring easy and secured payment and delivery modes. A new name for online retailing with special features like online customer response and doorstep delivery. Vbuyonline is fast-growing and promising company is all set to be a milestone in the industry with authentic
12-18-2007 | Leisure, Entertainment, Miscel …
Guild of Blades Publishing Group
American Revolution Board Game Released
Dec 17th, 2007. Davison, MI. - The Guild of Blades Publishing Group, a leading publisher of historical strategy board games, is pleased to announce the release of its latest game, the American Revolution Board Game. An Empires of History game. The American Revolution board game also represents the first game in the new Signature game series for the Empires of History game line. The Signature Series represents the 6th Empires of
Comments about openPR
OpenPR ist the nicest and most clearly laid out PR platform I have seen to this day. The press releases are displayed very nicely and clearly and without any unnecessary frills. The updates are fast and the finished release looks appealing and is clearly legible. Even with 16 years of experience one discovers new things from time to time. Congratulations!
Gabriele Ketterl, Director Marketing & PR, Menads