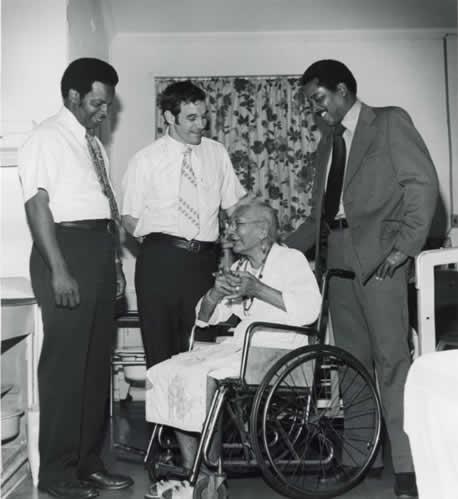 Ron Paul is leading Iowa polls, despite a slew of allegations and criticisms thrown his way. Find out why, and what that means for

Republican Presidential candidate, Ron Paul, has undergone a rash smear campaign by the mainstream media and GOP rivals. Despite allegations of racial newsletters and anti-gay viewpoints, the Paul campaign is running stronger than ever.

CNN posted an interview where reporter, Gloria Borger, asked Ron Paul several times about the newsletters, just shortly after he was already confronted about them by Wolf Blitzer on another CNN interview. The story was spun, “Ron Paul walks out of CNN interview”, after the edited clip was aired on CNN. This story was an overnight internet viral storm, and lead many people to believe that Paul couldn’t take the heat, and left in a furry. Many people questioned how he might handle Presidency, if he can’t even handle the scrutiny of an interview.

Days later, CNN released the unedited version of the interview which showed quite the opposite of the story pitch. Ron Paul conducted himself in a professional manner, and left after the interview was over; there was no storming out as the edited film indicated. Paul concluded that the newsletters contained thousands of pages over the years and he was not an author. He stated during the time of the newsletters, he was a practicing physician and didn’t have time to read them all, and he denounced any racist views.

Why is he currently leading the polls in Iowa?

This isn’t the first time Congressman Paul was confronted by the newsletters, in his 2008 presidential run; he was confronted by the media over the exact same issue. This prompted Austin Texas, NAACP President, Nelson Linder, to come to Paul’s defense saying (speaking in his own opinion, not speaking for the NAACP), “Knowing Ron Paul and having talked to him, I think he's a very fair guy I just think that a lot of folks do not understand the Libertarian platform…”. Linder did not think Paul was racist.

Paul also has spoken highly of Dr. Martin Luther King throughout his entire career; he has also given thousands of public speeches throughout his career, none of which any racism was ever hinted or witnessed.

Rick Sincere, a gay Republican author, also chimed in on the allegations, saying in his blog, “Nearly fifteen years ago, I was running for the Virginia House of Delegates (in the 49th District, then completely within Arlington County, one of the most heavily Democratic and liberal districts in the state).

The campaign took place during the period that, according to Kirchick, "Ron Paul" was making derogatory, anti-gay remarks in "his" newsletters. As it happens, I was running as an openly-gay candidate for the Virginia General Assembly. (It was my second run for that office after a previous attempt in a special election in January 1991. The same district currently has an openly-gay Democrat representing it in Richmond.)

During that 1993 campaign, Ron Paul issued a letter on my behalf, soliciting funds from libertarians and votes from constituents. (We sent the letter to both groups.) Dr. Paul (then a former Congressman) was aware I was running as an openly-gay candidate and he raised no questions, concerns, or objections. I hardly think a homophobic bigot would have sent out a fundraising letter over his own signature, endorsing (as the Washington Times stylebook would have it) an "avowed homosexual" for public office.”

His supporters, known as the most dedicated supporters in politics, are already familiar with the allegations about Paul. Most refuse to believe it, “Ron Paul is clearly not racist, these allegations are absolutely false. Why don’t they focus on Romney’s flip flopping such as being pro-choice, pro-tarp, and pro-climate change, as demonstrated on MittvMitt.com ? Why not focus on the millions Newt Gingrich made on lobbyists and corporate ‘consulting fees’. I started watching the candidates not knowing who Paul was, now my eyes have been opened. He is the only consistent politician who has not sold us out; the only candidate who represents the constitution and personal liberties.” one Paul supporter said.

The public is responding, one African American man released a story stating how much Paul had impacted his life saying, "between (19)72-73, there was still a lot of prejudice around this area. My wife was sick and no one came to help....Ron Paul came to my rescue, he just stepped in and came to work on my wife..." In an interview this morning, Dr. Paul was played the clip and after hearing it stated, “The video wasn’t put out by my campaign…I never had the knowledge of how grateful he was, and to me that’s magnificent.”
The video has made a big impact on the web, and can be seen here, http://www.youtube.com/watch?v=r2NCSDrlyW8 .

Paul’s supporters are drawn to him because of his consistency in his strict constitutional, anti-war, personal liberty, anti-big government, and economical views. He is a devout Federal Reserve critic, and vows to cut one trillion dollars of government spending in his first year as President.

His same anti-war views that draw dedicated supporters also draw critics from the GOP party; Michelle Bachmann said his views are dangerous. Through the scrutiny, Paul maintains steadfast in his views, pointing out that the United States is going bankrupt becoming a world empire, and is following in the same footsteps that lead to the collapse of ancient Rome and the Soviet Union. It is his belief that bad and intrusive foreign policies lead to more enemies around the world, more terrorist attacks in retaliation; and lead to more conflicts that we cannot afford.
With just a few days from the first GOP primary, Paul is poised to win in Iowa on the January 3rd primary. Currently he is also polling high in New Hampshire. A great finish there could put his GOP critics in a stressful position; forcing them to consider the possibility of strongly supporting Paul. If the GOP party won’t stand behind Paul, he could run as a 3rd party candidate. This concerns the GOP critics who know a 3rd party run would nearly guarantee another Obama victory.

With primary victories, the story would no longer be just about Paul, but the conflicts in the GOP party. GOP organizers and party influences will be forced to pull together and decide; will they support Paul in his success and listen to the votes of the people, even though his some of his Libertarian views clash with some mainstream party viewpoints? In recent interviews, Newt Gingrich said he would not vote for Ron Paul if he lost the nomination, however Mitt Romney said he would vote for Paul, because any GOP candidate is better than President Obama.

Would the GOP party as a whole, rather push a mainstream candidate and risk Obama winning again, or would they rally behind Paul? That is the question.

Article may be reposted, but not modified in any way.

03-02-2022 | IT, New Media & Software
SimplyCast
SimplyCast CEO Receives Paul Harris Fellowship Award
SimplyCast's President and CEO, Saeed El-Darahali has been awarded the Paul Harris Fellowship Award by the Rotary Club of Halifax Harbour. The Paul Harris Fellowship award is an award presented by Rotary Clubs in recognition of recipients' contribution and service to their community. The award will be presented to recipients on April 20, 2022, during an event held at the Westin Hotel in Halifax. Silicon Dartmouth, Nova Scotia, Canada, March 1, 2022
11-09-2017 | Health & Medicine
ReportsWeb
Traditional Wound Management - Russia Market Outlook 2024 by Key Players Paul Ha …
ReportsWeb.com published “Traditional Wound Management” from its database. The report covers the market landscape and its growth prospects over the coming years. The report also includes a discussion of the key vendors operating in this market. Publisher's new report, Russia Traditional Wound Management Market Outlook to 2024, provides key market data on the Russia Traditional Wound Management market. The report provides value, in millions of US dollars, volume (in units) and
02-15-2012 | Industry, Real Estate & Constr …
Tryst Restaurant
Chef Paul Turano from Tryst Returns
WHAT: Executive Chef Paul Turano of Tryst Restaurant located in Arlington, MA returns to The Viking Center in Westwood on Tuesday, February, 28th, 2012 at 6:30PM for a cooking demonstration and dinner! Guests will be up close and personal as Chef Turano creates a specially selected meal. After learning how to construct each course, guests will have the opportunity to savor the delicious results while spending time with Chef himself!
07-22-2011 | Tourism, Cars, Traffic
Air Berlin
Paul Gregorowitsch strengthens airberlin’s Executive Board
airberlin’s Board has appointed the President and CEO of the Dutch airline Martinair, Paul Gregorowitsch, 55, as a new member of the Executive Board. From September 2011 Gregorowitsch will be taking over as Chief Commercial Officer (CCO), responsible for network and sales. This makes him the fourth member of airberlin’s Executive Board, alongside Joachim Hunold (CEO), Ulf Hüttmeyer (CFO) and Christoph Debus (COO). On completing his business management studies at the
06-14-2011 | Business, Economy, Finances, B …
Law Office of Paul A. Krasker, P.A.
Paul Baltrun Joins Palm Beach County Law Office of Paul A. Krasker
West Palm Beach, Florida—June 2011— The Law Office of Paul A. Krasker recently celebrated the addition of leading Loss Mitigation Specialist, Paul Baltrun who now serves as Director of the Homeowner Assistance Division. The attorneys at the Law Office of Paul A. Krasker, P.A. provide highly ethical legal representation with a strong emphasis on providing the services most relevant to today's economic and legal climate, including foreclosure defense, mortgage modifications, deficiency
07-14-2010 | Arts & Culture
Agora Gallery
Portal: PAUL COTE, a solo exhibition
Chelsea’s Agora Gallery is proud to announce the opening of Portal: PAUL COTE, a solo exhibition. Scheduled to run from August 17, 2010 through September 07, 2010, the collection will feature a captivating selection of Paul’s new works. About Paul M. Cote: Paul M. Cote stumbled upon art in his search to find his spirit and self. For him, art comes from an emotional place within, an unleashing of previously hidden
Comments about openPR
OpenPR is clearly structured and remains true to its principle of confining itself to the essential parts. OpenPR has proven to be a very good and reliable partner to our media agency: Within the shortest time the releases are online and go down well with the media representatives. The success of OpenPR is reflected in the steadily increasing number of press releases. It is good that OpenPR exists!
Ursula Koslik, Director Marketing & PR, F+W Hamburg