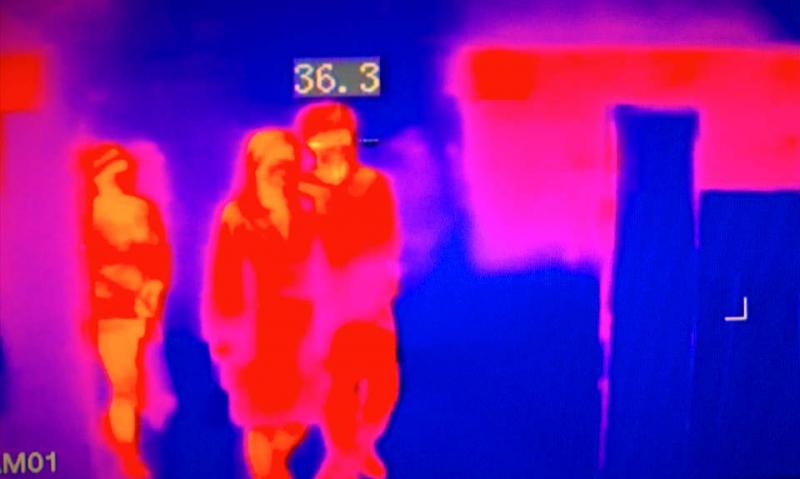 Screenshot from the documentary, "Victory Over the Virus. Nanjing, China; A Case Study in Epidemic Prevention"

Nanjing has achieved much in fighting the epidemic; there has been not one Covid-19 death in the city. Telling this story is a new TV documentary, "Victory Over the Virus. Nanjing, China; A Case Study in Epidemic Prevention", released today to a worldwide audience. Nanjing is a city with a population well in excess of 8 million that is just 500 kilometres from the coronavirus epicentre of Wuhan. There is considerable traffic between the two cities, they having much in common. Of similar size and both lying on the Yangtze River, the two have much shared history, while there are many people from Wuhan working or studying in Nanjing, and vice versa. Given all of this, just how did Nanjing manage only 93 cases of Covid-19 and no fatalities? Produced by UK media company, SinoConnexion, for the Nanjing Foreign Affairs Service Association (NFASA), Victory Over the Virus has a two-fold aim; first, to document Nanjing's epidemic prevention success from an international standpoint; and second, to provide other countries with a reference that may be useful. The documentary, that has been filmed over the last few weeks, also shows how the epidemic has impacted the lives of all of society, from international students and Nanjing locals, to multinational corporations and even disabled children. Among the participants are Ford China IMG Powertrain Engineering Director, Roland Ernst, and Director for Ford China Business Operations, Shadow Li; the latter commenting on China's expedient reaction to the virus outbreak. Host for the documentary is Frank Hossack, a long-term Nanjing resident who is also editor of this very publication and a veteran broadcaster, having come to China in 1993 to assist with the development of commercial radio. He is also the voice of the Nanjing Metro and International Consultant to the NFASA. As the epidemic took hold in China, Hossack found himself in demand by UK media, for in-the-field accounts of how events were unfolding. He has appeared twice on national radio station, LBC, and three times on BBC Radio London. As such, he was the natural choice to host the documentary. Looking back on the making of the 15-min expos�, Hossack said, "Every country has its own way of life and way of dealing with the epidemic, but I think if they can find just one thing in our experience that they can perhaps adapt for their own use, then we can say we have achieved our aim". The documentary can be viewed on YouTube at:- https://youtu.be/kpxnbBOk1a4 408, Block B, Xianlin High Tech Innovation Park, 8 Xuejin Lu, Qixia District, Nanjing Contact: Frank Hossack Email frank@sinoconnexion.com About NFASA: The Nanjing Foreign Affairs Service Association is an NGO helping to internationalise Nanjing by serving as a bridge between the city's government organs, enterprises, institutions, schools, communities and other social organisations. About SinoConnexion: Founded in 2009 as the city's leading English language media provider, SinoConnexion specialises in video production with a cross-cultural and educational focus, while also operating The Nanjinger magazine in addition to numerous other media platforms that serve Nanjing's foreign community.

You can edit or delete your press release Victory Over the Virus; New TV Documentary Tells Nanjing's Tale here