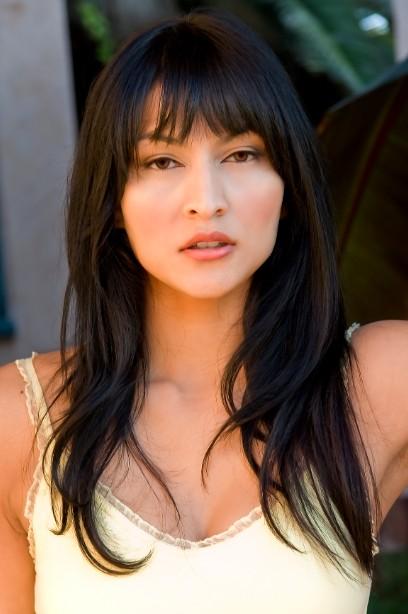 Los Angeles, CA (December 21, 2011) – On Wednesday, December 21st, 2011, Tinsel Korey, of The Twilight Saga film series will return to St., Mary Food Bank in Phoenix, Arizona to volunteer and assist in the campaign against hunger in hopes that her efforts will help create awareness of hunger in America. Last year, while working with DoSomething.org, Korey became aware of the hunger many American families faced during the holidays. She states, “I helped last year with DoSomething.org’s hunger campaign and didn't realize that millions of people in the US go hungry every year. It was a harsh reality." She now continues to show her support of St. Mary’s Food Bank and the fight against hunger by volunteering her time this year. She goes on to say “I decided to go back this year to show my support and to continue raising awareness of how many people go hungry, and how important it is to donate to your local food bank, whether it be food, monetary or time.”St. Mary’s Food Bank is a non-sectarian, nonprofit that helps alleviate hunger by gathering and distributing food to hunger sites. They serve approximately two-thirds of Arizona’s 15 counties and is committed to easing hunger in Arizona through the vision of John Van Hengel. For more information on Tinsel Korey please contact MLC PR at contact@monaloring.com. For more information on St. Mary’s Food Bank please visit www.firstbank.org.About Tinsel Korey Tinsel Korey is a Canadian actress/singer-songwriter who plays the beautifully scarred character in The Twilight Saga: New Moon, Eclipse and Breaking Dawn. Tinsel can also be seen in the psychological thriller Stained out and soon, the science fiction theatrical feature Avarice alongside Kevin Sorbo, Patricia Richardson and Jason London. Her films range from Wyvern, Scott Frank’s “The Lookout,” starring Jeff Daniels and Joseph Gordon-Levitt, “Hybrid,” to “The Quality of Life.” Her television credits include shows such as “Da Vinci's Quest,” “Godivas,” “Intelligence,” “The Guard,” “Sanctuary” and “Rabbit Fall.” Korey’s independent film “Mothers & Daughters,” directed by Carl Bessai (who she had also worked with on “Unnatural & Accidental” in 2006) was completely improvised by the cast, which also included Tantoo Cardinal and Babs Chula, and included in the 2008 Toronto International Film Festival.About St. Mary’s Food Bank St. Mary’s Food Bank was founded in 1967 by John van Hengel, developer of the food banking concept. Globally, it is considered the world’s first food bank. The Food Bank distributed more than 72 million pounds of food in Fiscal Year 2009-10 to meets the needs of the ever-rising number of Arizona's hungry - providing enough food into the community to provide nearly 275,000 meals per day.MLC PR 7080 Hollywood Blvd Suite 903 Los Angeles, CA 90028 Mona Loring 323-462-8080 contact@monaloring.com

You can edit or delete your press release TINSEL KOREY TO VOLUNTEER AT ST. MARY’S FOOD BANK here

09-12-2013 | Leisure, Entertainment, Miscel …
MLC PR
Marina Tseva Cast in SYFY's Lost Girl
Marina Tseva, has been cast in SYFY's hit supernatural drama "Lost Girl," where she will be playing a role in a flashback with the main character, 'Bo.' Created by Michelle Lovretta and produced by Jay Firestone and Prodigy Pictures Inc., in association with Shaw Media; "Lost Girl" follows the life of a Succubus named 'Bo.' Played by Anna Silk, 'Bo,' goes on a journey to control her abilities, discover
06-25-2012 | Leisure, Entertainment, Miscel …
MLC PR
Chaske Spencer to Exhibit His Photography
The Twilight star’s never before seen photography will be exhibited at the Dream Hotel for one night only. Los Angeles, CA (June 25, 2012) – On Thursday, July 12th, Chaske Spencer, star of the Twilight Saga film series will be exhibiting his photography, along with the work of photographer Nadia Itani. The exhibit will be displayed at “THE BAR” Dream Hotel, who is donating their space as well as wine
01-28-2012 | Arts & Culture
MLC PR
Tim Kang Launches Production Company One Shoot Films and Starts a 2012 Short Fil …
The Mentalist star’s production company will be holding a short film competition in awareness of child abduction and exploitation. Los Angeles, CA (January 23, 2012)- Actor Tim Kang, best known for his role on CBS’ critically-acclaimed show THE MENTALIST has launched a film production company called One Shoot Films (OSF). Beginning Tuesday, January 24, 2012 One Shoot Films is accepting entries into the OSF Short Film Competition 2012. As an homage
09-07-2011 | Leisure, Entertainment, Miscel …
MLC PR
“MILLIONAIRE MATCHMAKER’S” SOUTHERN GENTLEMAN JOINS “TEE TEE” TO DISH …
LOS ANGELES, CA (September 6, 2011) — “Barack the Vote’s” success landed creator, Brandon Broussard on season five of Bravo’s hit show “Millionaire Matchmaker” in the upcoming episode airing Thursday, September 8th at 9:00PM. Former writer for Tyler Perry, Brandon Broussard’s latest creation, Purple Stuff TV has grown increasingly popular. The sketch comedy started as a web series in 2009 and since has generated buzz resulting in interest from various

09-03-2018 | Tourism, Cars, Traffic
Foodhoopingeurope
Wonderful Barcelona food tour
Barcelona food tour at its best Enjoy a great city with even greater meals. The Catalan kitchen has many surprises and offers different variations of classic Spanish meals. Fresh fish from the sea combined with selected ingredients and spices create special meals with a remarkable taste. Guests enjoy the menu’s in a very special environment in the young and beautiful city Barcelona. Enjoy your meals and a great stay with Foodhopping
10-10-2017 | Business, Economy, Finances, B …
QY Research Groups
Rigid Food Containers
The Global Rigid Food Containers Market Research Report 2017 renders deep perception of the key regional market status of the Rigid Food Containers Industry on a Global level that primarily aims the core regions which comprises of continents like Europe, North America, and Asia and the key countries such as United States, Germany, China and Japan. Request for sample of Rigid Food Containers Market research report @ https://www.qyresearchgroups.com/request-sample/548017 The report on “Global
12-07-2016 | Business, Economy, Finances, B …
ReportBazzar
Packaged Food in Argentina
Summary The economic crisis seriously impacted the demand for packaged food, leading to a slight decrease in retail volume sales in 2016. To soften the fall in sales, the main chained supermarkets and hypermarkets, such as Jumbo, Coto and Carrefour, offered significant discounts. These retailers offered deals like 2-for-1, or an 80% discount on a second product, as well as major savings when paying with a bank card. These promotions even
12-07-2016 | Business, Economy, Finances, B …
ReportBazzar
Packaged Food in Germany
Summary Retail value sales of packaged food continued to grow in Germany in 2016, as was the case in all years of the review period from 2011 to 2016. The last time a decline took place was in the context of the global economic and financial crisis and the following recession in 2010. In the context of the review period as a whole, the 2016 development was slightly below average, although
12-07-2016 | Industry, Real Estate & Constr …
ReportBazzar
Packaged Food in France
Summary The slow but progressive exit from the persisting crisis of the French economy and the slight improvement in GDP growth in 2016 has contributed to current value growth of 1% in current value terms in packaged food. This is still modest and just in line with the CAGR seen over the review period, although this is in the context of strong price wars, stagflation and the detrimental effects of terrorist
10-04-2016 | Leisure, Entertainment, Miscel …
www.hotelmarineplaza.com
Navratra Special! Sattvik Food!
Treat your taste buds this Navratri with mouthwatering vrat ka khanna at Bayview Restaurant, Hotel Marine Plaza from 1st October till 10th October 2016. The newly designed menu is an Ala Carte available for Lunch and Dinner at Bayview. Executive Chef Kshitiz Shekhar have crafted these dishes keeping in mind the ingredients & flavors that are in harmony with the fasting beliefs. The meal is in accordance with the navratra rules
Comments about openPR
We publish our press releases on openPR.de because we like people who are "open" - just like us.
Frank Obels, CEO, INCONET - Informationssysteme, Communication und Netzwerkberatung GmbH