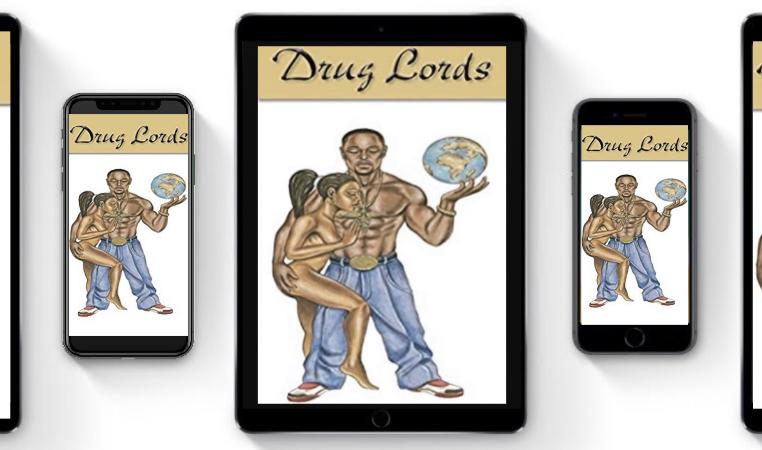 The warning to use protection is prevalent in nearly every chapter in Drug Lords, the debut novel by Detroit author E.Scrill. It is a tale of a career drug dealer released from prison in his early thirties to find that the inner city communities he planned to usurp and strangle with his cocaine noose were slowly being digested by a virus that makes Cancer seem as tolerable as a ringworm infection.

In the book, the Zestora virus has mutated. The new form, Zestora Gram Positive(ZGP), is spread by the exchange of bodily fluids. It attacks the central nervous system and allows no one to live more than six months after becoming infected.

E. Scrill uses provocative cover art with plans to lure readers from every genre' to get his message to "Strap up!" Drug Lords is far from your usual stories of guns and dope," says Scrill, who spent a year with rewrites and research with an actual biochemist to make one of the character's struggle to find a cure for the ZGP virus realistic.

A cross between New Jack City and Outbreak, the story is centered in Detroit where Mack--the protagonist--learns that most of the street bosses he planned to evict from their thrones had already been sentenced to death by their own promiscuous activities. Frequent funerals and lousy situations involving degenerate thugs with wretched underpinnings deepen Mack's dread for the funky retirement packages the drug game issue. As he realizes he was brainwashed into the street life like legions of inner-city residents, a young woman steals Mack's heart and shows how he can save the world as he exits the drug game for good.

Since the release of Drug Lords, Scrill has adapted the urban tale into a riveting stage play entitled, No Second Chances. Ironically, his Ohio dates for the production were set for the first week in April and had to be delayed due to the Corona virus.

After doing time in a Michigan prison for guns and 20 pounds of green stuff, author E. Scrill received a 2006 parole. He scraped together enough for a 100-book print run, then began selling his debut novel, Drug Lords, in the cash-strapped streets of Detroit. He traded his inked magic for money, and in 2007 founded Street Ink Publications.