Matvil Corp. Continues Its Fight Against Illegal Actions of the Legal System of Moldova 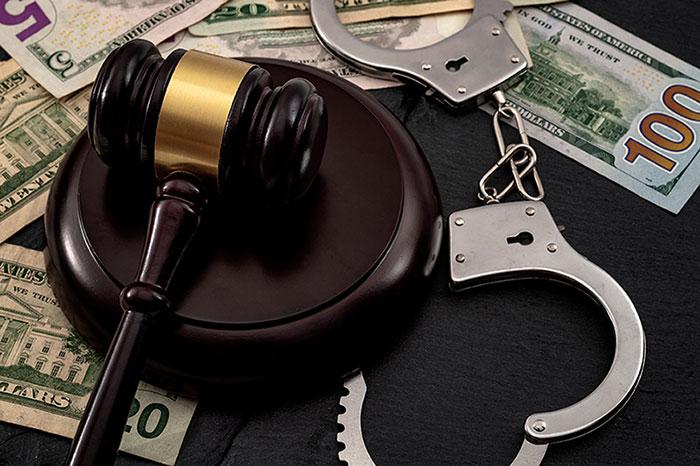 As one of the leading online ethnic TV providers, operating in North America, Matvil Corp. discovered, there is no reliable system in place that protects legal broadcasters from dishonest competition. In their attempts to enter the US and Canadian markets, Internet pirates commit fraud and manipulate data in order to influence the corrupt legal system of Eastern European countries and try to destabilize operations of successful companies, cause financial damage and hurt their reputation.

The case Radio Star Ltd. against Matvil Corp. is a vivid proof of such practices.

On June 8, 2018, Radio Star Ltd. filed a lawsuit against Matvil Corp. in the court of Chisinau, Moldova, stating that the latter illegally broadcasted a number of Russian and Ukrainian channels on the territory of Moldova.

It should be noted right away that in support of its demands, Radio Star (Moldova), knowingly and deliberately used various methods to circumvent technical protection measures undertaken by Matvil Corp., and subsequently presented them as evidence. Using ExpressVPN program, accomplices or employees of Radio Star (Moldova), (which in this case is a media "pirate"), physically located in the Republic of Moldova, created user accounts and, using American IP addresses, with location in New Jersey, USA, registered on the Matvil Corp website, thereby creating the illusion of receiving services offered by the company.

It should be clarified that ExpressVPN program is a virtual tunnel that virtually changes the physical location of a computer or other electronic device, assigning this device a virtual IP address, indicating a virtual location anywhere in the world (at the choice of the user of this program), while physically, the electronic device is located in its territorial space.

Matvil Corp is a respectable media provider that provides online TV broadcasting services in Canada and the United States. Subscription access to the service for users from the countries of former USSR and Russia is strictly prohibited and unavailable.

However, malicious desire for illegal enrichment pushes such adversaries as Radio Star (Moldova) to resort to illegal actions, falsification, fraud and the commission of crimes using IT technologies.

Moreover, as it became known already in the framework of the trial, Radio Star (Moldova) does not have exclusive rights at all to broadcast Russian and Ukrainian television channels in the territory of the Republic of Moldova. Radio Star (Moldova) is just an agent for the distribution and conclusion of contracts with the end consumer and with a limited duration of contractual agreements.

Despite all of the above, on January 18, 2019, Chisinau Court of First Instance, Judge Oksana Parfeni, ruled in favor of Radio Star, accepting all their fabricated evidence as reliable, but denied Matvil Corp representatives the right to hear IT experts / specialists and also denied the right to hear those persons who allegedly gained access to the service.

If the court were objective and impartial, then these adversaries would be asked only one question: "For what reason and why did they use ExpressVPN program, used American IP addresses, with location in New Jersey, USA, and did not try to log in on Matvil Corp website under valid Moldovan IP addresses? "

On February 2, 2019 lawyer Matvil Corp appealed the decision of the first instance, however, even here Matvil Corp had to face partiality.
On April 5, 2019, that is, after 2 months, Chisinau Appeal Chamber issued a Decision, which decided to return the appeal because it was filed by an unauthorized person. The reason for this decision was a banal and completely illegal motive: the power of attorney issued to the company's lawyer was allegedly not legalized in the Ministry of Foreign Affairs of the Republic of Moldova.

It should be noted that this Decision was not sent to Matvil Corp lawyers until May 15, 2019 (apparently it was concealed in order to have the appeal dates expire). Only after applying with an official statement and demanding to indicate at what stage the filed appeal was, the court deigned to issue this Decision.

On the same day, May 15, 2019, the lawyer filed a protest against the Decision dated April 5, 2019, where it was decided to return the appeal, and on June 6, 2019, the Higher Trial Chamber of the Republic of Moldova ruled that the power of attorney was legal, and therefore obliged the Appeals Chamber to consider on its own merits the appeal about the decision of the first instance of the Court.

Thus, the first ray of hope for the objectivity and honesty of the Moldovan Judicial System appeared.
November 14, 2019 - The Appeal Court acknowledged the fact that Radio Star (Moldova) does not have any exclusive rights to broadcast TV programs and does not have the authority to protect the interest of copyright holders and, as a result, reversed the decision of the first instance and dismissed adversaries' lawsuit.

It seemed as though that justice has triumphed!!!

However, the miracles of the legal / judicial system of Moldova continued.

Just by accident and thanks to the vigilance of the lawyers, it became known that Radio Star submitted cassation appeal to the Supreme Court of Justice on January 14, 2020.

This information appeared on the court's website, but until today, neither Matvil Corp nor the company's lawyer have received a copy of this complaint and have not been officially informed of its existence.

Moreover, on March 18, 2020 this complaint has already passed the admissibility procedure, and the review itself is scheduled for May 20, 2020 and, what is noteworthy, without the participation of the parties!

This series of non-compliance with the requirements of the Law by the system itself, which was created to protect it, shows that it serves the interests of a certain group of people.

Using the Moldovan judicial system, unscrupulous competitors try to destabilize the business and cause serious financial and reputational damage to American and Canadian companies that do not conduct and did not intend on conducting business in Moldova.

There is a possibility that a decision will be made to satisfy the decision of the first instance of Court and unreasonably blame Matvil. The company will be deprived of the opportunity to do anything in its defense due to the fact that this will be the last court hearing if the case is not returned to the Court of Appeal.

Given the unreliability, doubtfulness, and bias of the Moldovan judicial system, which allows for the concealment of information or neglects objective facts (visible to the naked eye and not requiring special knowledge), Matvil is not convinced about the objectivity of examination of this completely falsified court case.

If the Supreme Judicial Chamber of Moldova decides in favor of Radio Star Ltd, this will be another glaring evidence of the complete collapse of the Moldovan judicial system.

You can edit or delete your press release Matvil Corp. Continues Its Fight Against Illegal Actions of the Legal System of Moldova here