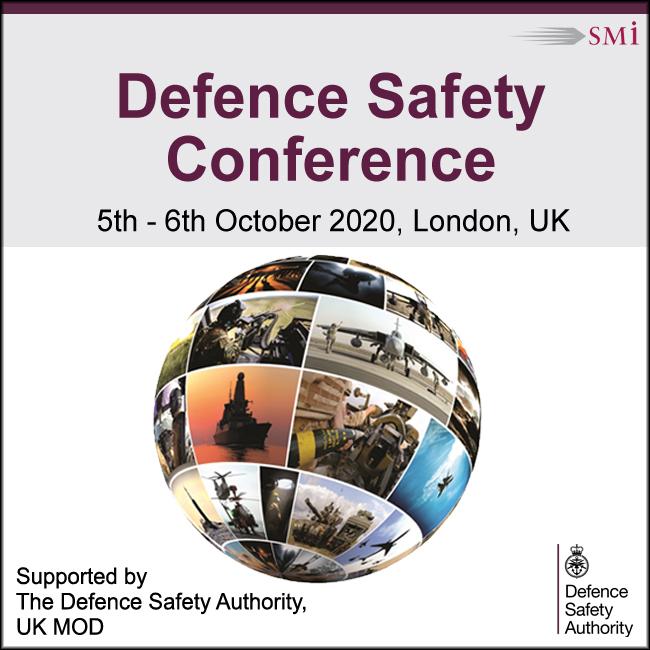 10-19-2020 | Associations & Organizations
SMi Group
The 6th Annual Maritime Reconnaissance and Surveillance Technology Conference Go …
SMi Group reports: The Maritime Reconnaissance and Surveillance Technology Conference, taking place next February will now take place online. In light of on-going developments with COVID-19, SMi Group have decided to move its 6th annual Maritime Reconnaissance & Surveillance Technology conference on the 3rd-4th February 2021, to a fully online, virtual experience. Attendees of the virtual 2021 conference will be able to... • Create a virtual profile • Connect with sponsors, speakers, delegates, and media
10-08-2020 | Associations & Organizations
SMi Group
Registration is now for the 14th Annual Border Security Conference
SMi Group reports: Registration and the agenda is now available for the Border Security Conference, taking place in Prague next year With COVID-19 spreading across the globe, the security and integrity of a nation’s borders has rarely been more important than now. Amid this disruption, the problems of migration, cross-border criminality, and smart-borders have become even more critical as rogue elements seek to exploit the situation. These issues need to
10-05-2020 | Associations & Organizations
SMi Group
Netherlands MoD to Provide Updates and Insight into the Tactical Edge Networking …
Mobile Deployable Communications 2021 will be taking place in Lisbon, Portugal on 27th and 28th January. This annual military conference will bring together leading program managers, strategic decision-makers, industry experts and thought leaders from Europe and further afield to explore the latest developments in communications technology and the challenges associated with electronic warfare. Not only this, but the main event will be preceded by a pre-conference workshop on “The Challenge
10-01-2020 | Associations & Organizations
SMi Group
Registration opens for SMi Group’s 6th Annual Maritime Reconnaissance and Surv …
SMi Group reports: Registration and the two-day agenda is now available for the Maritime Reconnaissance and Surveillance Technology conference in London, next February Now taking place for the first time in the UK, SMi Group are delighted to announce the return of the 6th Annual Maritime Reconnaissance and Surveillance Technology Conference, taking place in London on the 3rd and 4th February 2021, as well as a pre-conference workshop with C-SIGMA on

06-11-2018 | IT, New Media & Software
qyreports
Mobile Safety Software
The rising popularity of mobile applications is one of the key factors responsible for the strong growth of this market during the forecast period of 2017 to 2021. It has been noted that mobile apps, such as WhatsApp, Snapchat, Facebook, YouTube, and Gmail, have gained popularity among the millennials since the past few years. Business applications, such as e-mail, calendars, and teleconferencing applications, are available for free and offer an
04-23-2018 | Business, Economy, Finances, B …
ReportsWeb
Airport Runway Safety System
Runway safety involves safe and reliable. Airport runway safety systems ensures safe and reliable flight operations from take-off to landing through providing guidance to ATCs and pilots. This is done by analyzing the detected data of runways and taxiways to take necessary steps in action while avoiding runway incursions, excursions, and confusions. Publisher's analysts forecast the global airport runway safety system market to grow at a CAGR of 8.53% during the
02-16-2017 | Industry, Real Estate & Constr …
TMR Research
Road Safety Market
Numerous systems, devices, and technologies are leveraged to ensure safety on highways, bridges, tunnels, and urban roads. Together they constitute the global road safety market, which at present is characterized by the presence of many players both from the private and public sectors. As a result, the competitive landscape is fragmented. Depending upon the different solutions for road safety available, the global market can be classified into automatic license plate
11-14-2016 | Industry, Real Estate & Constr …
DEGUMA
Safety first
When working on machines, keeping employees safe is of the utmost importance. Certain regulations ensure machine safety. In Germany, for example, this is called the "Regulation regarding safety and health protection in using work equipment." In other countries, similar regulations are effective, according to which the potential hazards of a machine are regularly assessed and the necessary and appropriate safety measures are derived. Do your safety standards meet the requirements? And
05-13-2011 | Industry, Real Estate & Constr …
Capital Safety Australia
Capital Safety Australia
Fall protection for penetrations and openings in construction, civil and confined space applications! DBI-SALA, a Capital Safety brand solely dedicated to the fall protection market, has announced the launch of their NEW PenoGuard™ fall protection system. PenoGuard is a new and revolutionary safety device that dramatically increases the safety of workers around penetrations that are commonly seen in construction, civil works and confined space applications. Penoguard has numerous safety factors that
05-06-2011 | Business, Economy, Finances, B …
Blackrock
Safety of Australian ETFs
BlackRock’s (NYSE: BLK) exchange traded fund business, iShares, said today that Australia’s young exchange traded fund (ETF) market and stringent regulatory system are keeping Australia’s ETFs relatively simple and straightforward. There are 50 ETFs currently trading on the Australian Securities Exchange (ASX) – the majority are based on the traditional ETF structure of a fund of physical stocks, in comparison to more complex ETF structures such as derivatives-based, leveraged and inverse
Comments about openPR
OpenPR is clearly structured and remains true to its principle of confining itself to the essential parts. OpenPR has proven to be a very good and reliable partner to our media agency: Within the shortest time the releases are online and go down well with the media representatives. The success of OpenPR is reflected in the steadily increasing number of press releases. It is good that OpenPR exists!
Ursula Koslik, Director Marketing & PR, F+W Hamburg