The Pentalog Vietnam office has now a new director 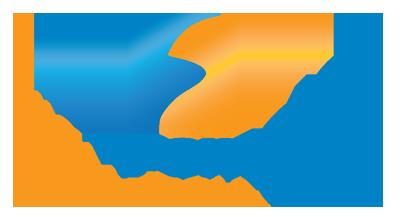 The Vietnamese adventure of Pentalog began in 2009. Since then, the office manager has been Tuan Nguyen Quoc. The unit is involved now in customer and internal projects. Among clients are several notorious names, such as Altadis Imperial Tobacco, Sierra Wireless, Lexware etc. The strategy of Pentalog requires a step forward on the Asian market. Many IT Outsourcing companies, and not just IT, made the choice to conquer this market a long while ago, due to the continuously increasing economic dynamism of the region. In order to facilitate the implementation of this strategy, Marc Charbit became the Hanoi office director, after joining the company at the beginning of June. During his first weeks at Pentalog he visited the Romanian and Moldovan units and the Orléans headquarters. Marc is a young French manager with international experience in the French IT sector. He moved to Vietnam in 2006 and has developed a strong relationship with this country, considering that he even learned the Vietnamese language. He speaks Vietnamese, English, German, Slovak and French. One of his major goals will be to implement the quality policy and to prepare the Hanoi unit for the ISO certification. He will lead the Vietnamese branch of our IT Outsourcing company in the expansion on the Asian market as well . Welcome on board Marc! www.pentalog.comPentalog offers IT nearshore and offshore outsourcing services, such as information systems development and embedded systems development. The company has 10 offices in 6 countries in Europe, Middle East and Asia.Pentalog High Tech Centre d'Innovation, Bâtiment C 16, Léonard de Vinci street 45100 Orléans, France Tel.: +33 2 38 25 30 30 Fax: +33 2 38 25 30 31 presscontact: hhemery@pentalog.com

02-18-2021 | Advertising, Media Consulting, …
Ken Research Pvt Ltd
Vietnam Agriculture Market, Vietnam Agriculture Industry, Vietnam Agriculture Li …
Agriculture has always been of pronounced importance for Vietnam, as feeding the realm’s largest population is not a relaxed task. The Vietnam government has been associate the agriculture industry with a number of policies, demanding to alleviate the output and seeking methods to ensure the sector is developing healthily and sustainably. The Vietnam federal government has been decidedly supportive of agriculture for decades, and there is extensive political consensus as
05-22-2018 | Advertising, Media Consulting, …
Spire Research and Consulting
Vietnam automobile lubricant market beckons
With automotive lubricant demand rising from 2.6 million liters (in 2015) to 4.1 million liters (in 2021), global and regional manufacturers are taking notice of the Vietnam market. How can brands win in this market? Leon Perera, Chief Executive Officer of Spire Research and Consulting, shared his insights on key trends in the Lube Report Asia magazine. With many players competing in the Southeast Asia market for motorcycle lubricants, leaders will
06-12-2017 | Industry, Real Estate & Constr …
ReportsWorldwide
Agrochemicals Market in Vietnam
ReportsWorldwide has announced the addition of a new report title Vietnam: Agrochemicals: Market Intelligence (2016-2021) to its growing collection of premium market research reports. The report “Vietnam: Agrochemicals: Market Intelligence (2016-2021)” provides market intelligence on the different market segments, based on type, active ingredient, formulation, crop, and pest. Market size and forecast (2016-2021) has been provided in terms of both, value (000 USD) and volume (000 KG) in the report. A
09-12-2016 | Politics, Law & Society
ITI-HOLIDAY
Environmental disaster in Vietnam
In Vietnam occurred the biggest environmental disaster since the deployment of Agent Orange by the Americans during the Vietnam War. It happened almost unnoticed by the world while Europe was busy with the refugee crisis and America with the forthcoming presidential elections of the USA. The perpetrators of the environmental disaster come from abroad and are supported by the Vietnamese politicians, similar as it was happen at the Vietnam War. "
09-08-2016 | Tourism, Cars, Traffic
ITI-HOLIDAY
Tourists killed in Vietnam
Vietnam belongs for tourists to the most popular and safest travel destinations in the world, as long as one can believe officially widespread reports. However, this information may not been longer current since a long time. More and more tourists in Vietnam were killed at criminal offenses as well by tragic accidents. These accidents occur mostly due to insufficient checking for compliance with statutory safety regulations by the Vietnamese authorities.
09-18-2012 | Tourism, Cars, Traffic
RNCOS E-Services Pvt. Ltd.
Booming Tourism Sector in Vietnam
RNCOS has recently added a new Market Research Report titled, “Booming Tourism Sector in Vietnam” to its report gallery. Vietnam has become one of the most popular tourist destinations in the South-east region. The country’s tourism industry has been growing unprecedentedly over the past few years with rising domestic as well as international tourists. The travel & tourism industry accounted for 10% of the GDP in the Vietnamese economy during
Comments about openPR
OpenPR is clearly structured and remains true to its principle of confining itself to the essential parts. OpenPR has proven to be a very good and reliable partner to our media agency: Within the shortest time the releases are online and go down well with the media representatives. The success of OpenPR is reflected in the steadily increasing number of press releases. It is good that OpenPR exists!
Ursula Koslik, Director Marketing & PR, F+W Hamburg