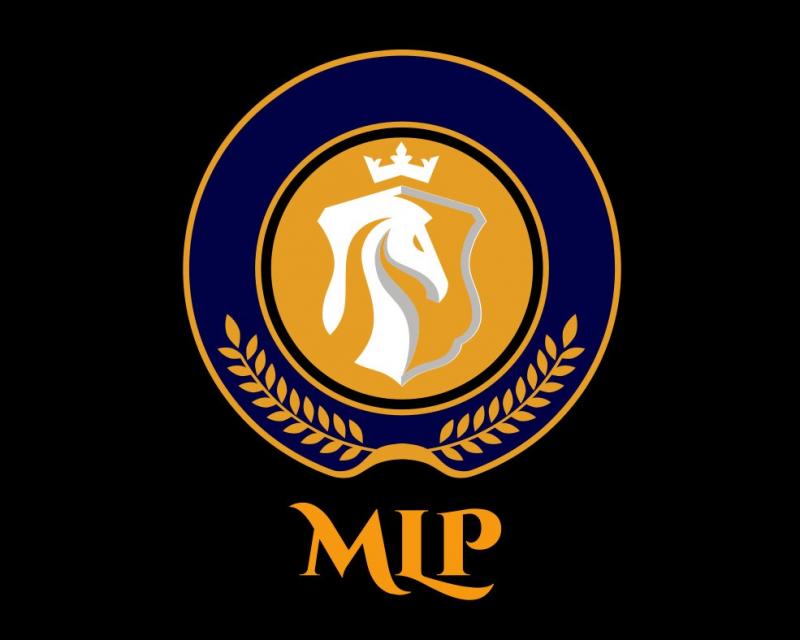 Major League Polo ("MLP") announces a watershed moment in the sport with its MLP SuperDraft Live Stream Event on July 4, 2020. Polo players from around the world will participate in a 3-day live streaming event hosted from Atlanta, GA. Of the top 400 players deemed eligible, 128 will be advancing from the U.S., U.K. and Argentina minor leagues into Major League Polo to play professionally on 16 U.S. City-based teams. The MLP SuperDraft Live Stream Event is the first ever chronicled draft event for polo athletes in the pro sport of Major League Polo. On its final broadcast day of the 3-day event, MLP will live stream the sport's inaugural Collegiate Polo Draft as its grand draft finale, a first-time event for 39 U.S. colleges and universities currently fielding collegiate polo teams. The salary brackets for each Draft Round are as follows: Round 1 - All-Stars/Team Captains - $1,000,000; Round 2 - $500,000, Round 3 - $200,000, Round 4 - $150,000, Round 5 - $100,000, Round 6 - $80,000 guaranteed salary minimums. Salary Brackets for the MLP SuperDraft are part of a Polo Player Equality Initiative started by Kimberly Casey Carr, President & CEO, who founded the original World Series of Polo in 2000 before it later evolved into Major League Polo. "The MLP SuperDraft allows male, female and non-binary players to be drafted into Major League Polo with the same pay opportunities as male players based on skill level and the strategies of the team coaches in their Draft Round picks regardless of gender." Ms. Carr pointed out that, "Polo is one of the few sports wherein the athlete's abilities are measured with a handicap (goal) performance rating which allows them to compete fairly amongst other athletes on the field based entirely on their proficiency skill level." "This also means," she added, "that if a female or non-binary athlete is drafted in Round 1 as a Team Captain in the MLP SuperDraft, they have the capability to out earn every pro footballer or WNBA athlete in the world, a significant milestone in pro sports for non-male team athletes." Ninety-six (96) matches among its NPC and APC play-off brackets are slated to begin January, 2021 and run over a 12-week period, with 16 Live Broadcasts, 2 Semi-Finals and 1 MLP-World Series of Polo (MLP World Cup). Depending on the state of COVID-19 in the U.S. at the beginning of their season, like Wimbledon, Major League Polo will be using foresight in planning its broadcast events by investing heavily in vital pandemic event insurances to ensure player salaries and winnings as well as investing in expert sports data analysis and new technologies to broadcast their 96 bracket matches virtually to their fans. The MLP SuperDraft can be viewed by subscriber fans on the official MLP website where they will be able to interact with their favorite polo players. The broadcast format will allow celebrity polo fans to pop in throughout the draft process as guest hosts and live commentators. According to both Alltech's Steve Elliot and the U.S. Horse Council's data, the annual economic impact of the equine and polo industry is significant: approximately $300 Billion dollars and 16 million full-time jobs - $102 Billion dollars of which is generated in the U.S. alone. With over 9.2 million horses among its 328 million U.S. citizens, the MLP is expecting to continue growing its interactivity with horse owners steadily since approximately 1 out of 35 people either own or ride a horse yearly in the U.S. The July 4th MLP SuperDraft Live Stream Event will not only enable fan subscribers to connect with their favorite polo players in virtual chats but will feature special interactive merchandise giveaways and rewards for polo fans with and without horses. A side stream polo pony auction will be hosted simultaneously. MLP's top 400 eligible players for the MLP SuperDraft are available for viewing on the MLP World Series of Polo website. All players must register officially online to participate in the SuperDraft by or before June 22, 2020 at 4:00 p.m. ET. For event or team sponsorship, licensing, or ownership opportunities, please contact info@worldseriesofpolo.com. For MLP SuperDraft Rules and MLP SuperDraft player registration, please visit: www.worldseriesofpolo.com/mlp-superdraft and www.worldseriesofpolo.com/mlp-schedule for a list of the 16 MLP teams.Major League Polo MLP - World Series of Polo 5 Concourse Parkway Atlanta, GA 30328 Tel. 561-266-4336 Contact: Kimberly Casey Carr with media inquiries via email at: kcc@worldseriesofpolo.comMajor League Polo is the first sports league in polo to draft pro and collegiate players into its National and American Polo Conferences for U.S. City-based bracketed Championship Play-offs. Currently there are 16 U.S. City-based licensable teams in the MLP SuperDraft. Kimberly Casey Carr, Founder, President & CEO of Major League Polo, owns and manages licenses, merchandising and television rights for the 2021 MLP World Series of Polo. She also serves as Creative Director for the organization's Global Apparel Licensing Division. The polo league, originally founded as the World Series of Polo, has a contractual agreement with Polo Ralph Lauren Corp. that allows Major League Polo significant multi-million dollar licensing opportunities by authorizing the word "polo" in usage with their team logos on all their pro polo sports kits. Major League Polo is also represented formally by Octagon Sports, the world's largest sports and entertainment agency.

11-23-2018 | Advertising, Media Consulting, …
HTF Market Intelligence Consulting Pvt. Ltd.
New study: Planetary Gearbox Market analysis, size, regional outlook, competitiv …
HTF MI recently introduced Global Planetary Gearbox Market study with in-depth overview, describing about the Product / Industry Scope and elaborates market outlook and status to 2023. The market Study is segmented by key regions which is accelerating the marketization. At present, the market is developing its presence and some of the key players from the complete study are JVL, WMH Herion, WITTENSTEIN, Nidec-Shimpo, John Deere, VEX Robotics, Apex Dynamics,
04-16-2018 | Business, Economy, Finances, B …
WISE GUY RESEARCH CONSULTANTS PVT LTD
Nanofibres Global Market 2018: Key Players – Catalytic Materials, Asahi Kasei …
Nanofibres Industry Description Wiseguyreports.Com Adds “Nanofibres -Market Demand, Growth, Opportunities and Analysis Of Top Key Player Forecast To 2023” To Its Research Database The Asia-Pacific Nanofibres market will reach xxx Million USD in 2018 and CAGR xx% 2018-2023. The report begins from overview of Industry Chain structure, and describes industry environment, then analyses market size and forecast of Nanofibres by product, region and application, in addition, this report introduces market competition situation among
01-19-2018 | Business, Economy, Finances, B …
Future Market Insights
Nano Fibers Market Intelligence and Forecast by Future Market Insights 2017-2027
Nano fibers are extremely popular in many industries today for their enhanced chemical and mechanical properties such as light weight, durability, etc. and are also found to have been highly compatible with various devices without interfering with the performance of end-products. The growth of the nano fibers market can be observed by the fact that over the last couple of years, penetration of nano fibers in the medical, pharmaceutical, mechanical,
06-06-2017 | Advertising, Media Consulting, …
Planetary Gearbox Market
Global Planetary Gearbox Market 2017 Bonfiglioli, Varvel, Siemens, John Deere, W …
Planetary Gearbox Market Research Report A market study based on the " Planetary Gearbox Market " across the globe, recently added to the repository of Market Research, is titled ‘Global Planetary Gearbox Market 2017’. The research report analyses the historical as well as present performance of the worldwide Planetary Gearbox industry, and makes predictions on the future status of Planetary Gearbox market on the basis of this analysis. Ask For Sample
05-30-2017 | Business, Economy, Finances, B …
QY Research Groups
Nanofibres Market - Industry Analysis- Size, Share, Trends, Demand, Overview, Fo …
The Global Nanofibres Market Research Report 2017 renders deep perception of the key regional market status of the Nanofibres Industry on a Global level that primarily aims the core regions which comprises of continents like Europe, North America, and Asia and the key countries such as United States, Germany, China and Japan. Request for sample of Nanofibres Market research report @ https://www.qyresearchgroups.com/request-sample/389383 The report on “Global Nanofibres Market” is a professional report
03-21-2017 | Advertising, Media Consulting, …
MarketResearchReports.biz
Global Nano Fiber Materials Market: By Applications - Energy, Chemistry
Latest industry research report on: Global Nano Fiber Materials Market : Industry Size, Share, Research, Reviews, Analysis, Strategies, Demand, Growth, Segmentation, Parameters, Forecasts In this report, the global Nano Fiber Materials market is valued at USD XX million in 2016 and is expected to reach USD XX million by the end of 2022, growing at a CAGR of XX% between 2016 and 2022. Geographically, this report split global into several key Regions,
Comments about openPR
OpenPR ist the nicest and most clearly laid out PR platform I have seen to this day. The press releases are displayed very nicely and clearly and without any unnecessary frills. The updates are fast and the finished release looks appealing and is clearly legible. Even with 16 years of experience one discovers new things from time to time. Congratulations!
Gabriele Ketterl, Director Marketing & PR, Menads