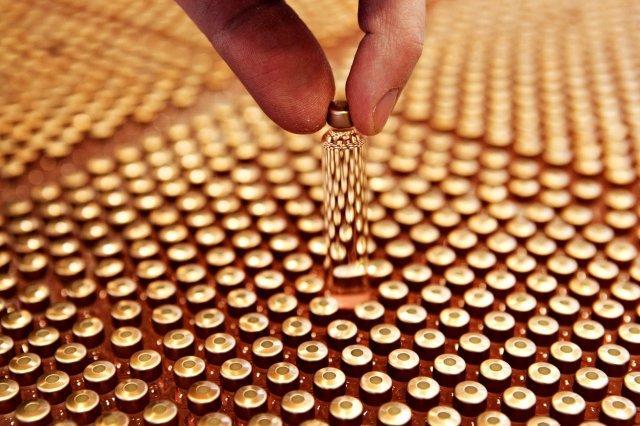 Filling of modern insulin in vials at Novo Nordisk’s site in Hillerød, Denmark

Werum’s MES PAS-X is part of Novo Nordisk’s first combined ERP/MES system Rollout in Denmark is important milestone in one of the biggest IT programs in Novo Nordisk’s historyLueneburg, Germany, 6 December 2011 – In the framework of the global PS@SAP program, Accenture, Werum Software & Systems, and NNE Pharmaplan have rolled out the first combined ERP/MES system at Novo Nordisk’s site in Denmark. The main objective of the program is to implement a globally standardized ERP/MES solution on the basis of SAP and Werum’s PAS-X. The program is intended to be rolled out later to most of Novo Nordisk’s worldwide manufacturing sites. Novo Nordisk decided on Werum’s PAS-X because it provides essential functionalities out-of-the-box. Another factor that convinced Novo Nordisk to choose Werum’s manufacturing execution system is the fact that PAS-X has a proven record of successful installations throughout the industry. The program started with the development of a standalone PAS-X pilot system in Denmark in 2008 and with some other implementations throughout the organization. Since then, Novo Nordisk, Werum and NNE Pharmaplan have been cooperating closely and have designed and implemented a MES PAS-X Core system.About Werum Software & Systems AG With over 40 years of software development experience, Werum Software & Systems AG is known worldwide for partnering with its global customers to create state-of-the-art software products and solutions. Internationally networked teams of top experts develop software solutions for corporate groups known the world over. Werum is an internationally leading supplier of Manufacturing Execution Systems (MES) for the pharmaceutical and biopharmaceutical industries. Its successful and well-established MES product PAS-X is used by 16 of the world’s top 30 pharmaceutical and biotech companies in more than 550 installations. Founded in 1969, the IT company employs about 450 people at its headquarters in Lueneburg, Germany, and at eight other locations in Germany, France, the United States, Japan, and Singapore. For more information take a look at our website at www.werum.com and www.pas-x.com.Dirk Ebbecke Director Corporate Communications Werum Software & Systems AG Wulf-Werum-Strasse 3 21337 Lueneburg, Germany Tel. +49 4131 8900-689 Fax +49 4131 8900-20 dirk.ebbecke@werum.comFor further information, visit Werum’s press center at www.press.werum.com.