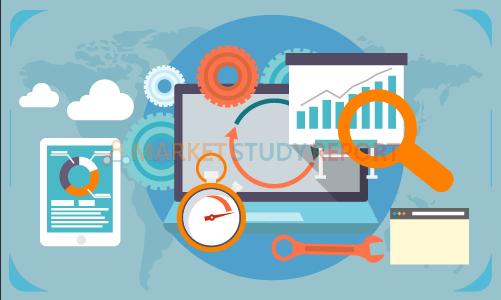 MarketStudyReport.com Adds New Autonomous Cars Market 2018 - 2024 research report providing information and data By Level of Autonomy, By Type, Industry Analysis, Regional Outlook, Growth Potential, Trends, Competitive Market Share & Forecast spreading across 230 Pages with table and figures in it.The North American region is anticipated to grow steadily over the projected timespan with a CAGR of over 14% in 2017. The market growth is driven by the presence of large technology players and supportive government policies. The Asia Pacific region is also expected to witness a high growth rate with a CAGR of over 15% in 2017. Governments of countries such as Japan and China have allowed the testing of autonomous vehicles on public roads. The government authorities are collaborating with automakers and universities to introduce self-driving cars on public roads.Request a sample of this premium report at: https://www.marketstudyreport.com/request-a-sample/1294867?utm_source=Openpr.com&utm_medium=AN Few notable industry players operating in Autonomous Cars market are Waymo, Autoliv, BMW, Bosch, Continental, FCA, Ford, General Motors, Hyundai, Toyota, Uber, Volkswagen, Nvidia, Subaru, Tesla, Intel, Jaguar, Nissan, Honda, Daimler, Baidu, Aptiv, and Volvo. The automotive cars market is highly competitive due to the presence of a large number of players in the market.The players in the autonomous cars market are focusing on strategic partnerships to increase their market share and attain an edge over their competitors. For instance, in 2018, Renault, Nissan, and Microsoft have signed a multiyear partnership to develop advanced autonomous vehicle technologies. The new technologies will improve the driver experience through advanced navigation, predictive maintenance, and remote monitoring features. Similarly, in 2017, Velodyne collaborated with Autoliv to develop & market auto-grade LiDAR sensors. Under this agreement, both the companies will provide key components, technologies, and the intellectual know-how to develop affordable and high-performance LiDAR solutions for the automotive market.Europe accounted for a major stake of over 40% in the autonomous cars market in 2017. The presence of major automakers and the increasing number of investments in the auto tech sector have supported the growth of the market. The government in the region has also invested extensively to improve the road and telecom infrastructure to help self-driving cars to communicate with the surrounding environment in a better manner.The technological advancements in the autonomous industry are fast outdoing the existing regulatory framework. Therefore, the gap between the regulatory framework and the self-driving technology is steadily widening. Moreover, the lack of adequate road infrastructure is also plaguing the growth of the autonomous cars market.Autonomous Cars Market is anticipated to exceed 60 million units by 2024. The market is driven by the increasing R&D activities for the development of self-driving technology. The automakers around the world are implementing various strategies to accelerate the innovations in the self-driving vehicles landscape. The autonomous cars industry is promising lucrative returns to all the parties involved in the production & distribution of autonomous technology. In addition, the growing concerns about vehicle safety among the regulatory authorities have driven them to implement stringent vehicle safety regulations.Request a discount on standard prices of this premium report at: https://www.marketstudyreport.com/check-for-discount/1294867?utm_source=Openpr.com&utm_medium=AN Internal Combustion Engine (ICE) cars hold a majority share in the autonomous cars market with a market share of over 95% in 2017. This growth is attributed to the high demand for ICE-based cars in emerging nations such as India and Brazil. However, the rising concerns toward environmental safety and the increasing number of government regulations to reduce carbon emissions have restricted the growth of the ICE cars market. The supportive government policies such as tax benefits and subsidiaries are fostering the growth of the Hybrid Electric Vehicle (HEV) market.Table of Contents: Chapter 1. Methodology & Scope Chapter 2. Executive Summary Chapter 3. Autonomous Cars Industry Insights Chapter 4. Competitive Landscape Chapter 5. Global Autonomous Cars Market, By Level of Autonomy Chapter 6. Global Autonomous Cars Market, By Type Chapter 7. Global Autonomous Cars Market, By Region Chapter 8. Company ProfilesOuter scope: Say for instance, a Boston-based autonomous technology startup, Optimus Ride, stated that it has chosen Nvidia's Drive AGX Xavier as its development platform for driverless cars. The firm now plans to upgrade its autonomous vehicles deployed at the Seaport District, Boston, and the Union Smart Point development, Weymouth, Massachusetts with the Drive AGX Xavier. Globally renowned companies Baidu and Ford have also teamed up recently on an autonomous vehicle partnership, and plan to commence testing their driverless vehicles in Beijing by the end of 2018. The collaboration, that has been grabbing the headlines in the automotive industry of late, aims to achieve the SAE L4 autonomous standard - that essentially indicates that these vehicles will be able to operate autonomously within specific areas and also under the right weather conditions, within the next two years. In yet another path-breaking development demonstrating the progression of autonomous cars market, Alphabet's Waymo has been granted a legal permit by California to test-drive its self-driving vehicles on its public roads without the necessity of a test driver. The escalating investments and initiatives undertaken to bring self-driving cars to the masses will thus impel autonomous cars market.Related Report: Global Autonomous Cars Market Growth 2018-2023 This report presents a comprehensive overview, market shares, and growth opportunities of Autonomous Cars market by product type, application, key manufacturers and key regions. The autonomous vehicles or driverless vehicles are those which can drive themselve without any human intervention, employing inbuilt software, sensors, and communication systems. https://www.marketstudyreport.com/reports/global-autonomous-cars-market-growth-2018-2023/?utm_source=RR-ANContact Us: Market Study Report LLC 4 North Main Street, Selbyville, Delaware 19975 USA Phone: 1-302-273-0910 US Toll Free: 1-866-764-2150 Email: sales@marketstudyreport.com Website: https://www.marketstudyreport.com Blog: https://www.marketstudyreport.com/blogAbout Us: Marketstudyreport.com allows you to manage and control all corporate research purchases to consolidate billing and vendor management. You can eliminate duplicate purchases and customize your content and license management.