A New Study on Near-Death Experiences Launched by Ordained Minister 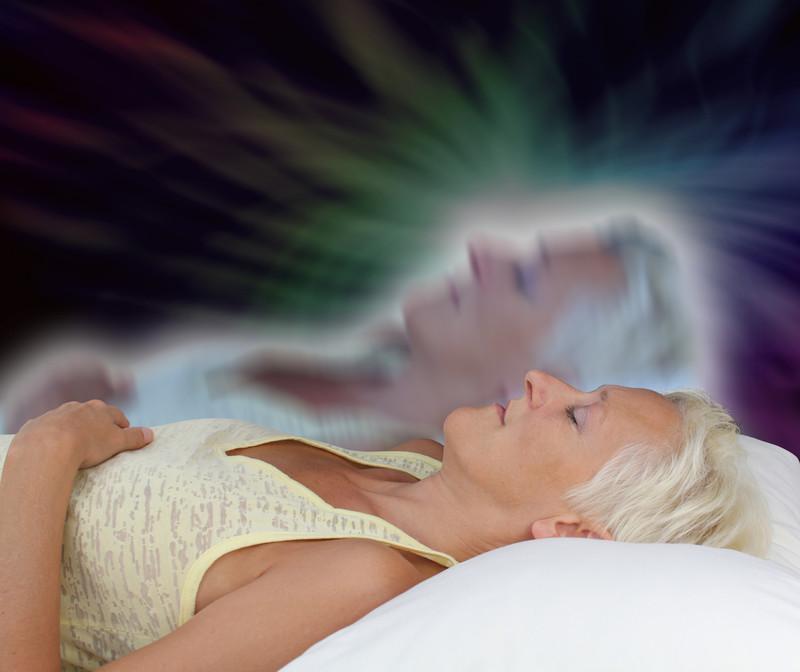 Casa Grande, AZ - Near-death experience (NDE) researcher, former out-of-body (OBE) practitioner, and ordained minister Robert King has just launched a new study called The NDE OBE Research Project in which he and his team are trying to discover and determine the differences and commonalities between out-of-body experiences (OBEs) that take place during a near-death situation and those which take place under other circumstances and conditions.King asserts that understanding the differences and commonalities between the non-NDE OBE and the NDE-related OBE are critical for a proper understanding of what is really taking place during these experiences. As he explains:"While it is often just assumed that the NDE takes place because one is dying and that this is the cause, this may not in fact be the case. It may simply be that the conditions of one undergoing pain, trauma and/or illness that often accompany one who is near death act as or are related to the catalyst that initiates the event. The near-death condition of those who experience what is termed an NDE may simply be circumstantial. In other words, it may be that the near-death state comes with conditions that make one more predisposed to experiencing an OBE, and that one who is near death is not necessarily having the OBE because the spirit is getting ready to leave." Because of this, the primary focus of The NDE OBE Research Project is on OBE catalysts, the event itself, and the processes from beginning to end, both in the non-NDE OBE and the NDE-related OBE. The study is not directly concerned with the religious/spiritual interpretations of these experiences, and the results of the study will probably not provide or offer an answer as to the objective/subjective debate. However, it may possibly provide some further insight in regards to these matters even though these are not the primary purpose of the study.The methodology of the study consists of allowing each participant to fill out an online questionnaire, which consists of 25 questions that the participant must answer in their own words. King has attempted to remove any suggestive or leading content or words. The study is expected to last at least 6 months with a goal of at least 500 participants. Those who have had any type of OBE experience, whether near death or not, can participate by filling out the questionnaire at ndeobe.com. The study promises to provide all participants a copy of the results of the study once it is complete.Robert King 1493 E Laurel Dr Casa Grande, AZ 85122 press@ndeobe.com ndeobe.comRobert King is the author of numerous print books and e-books, and has written numerous articles for major Christian and Catholic magazines across all denominations. He was originally ordained in 1998 by Calvary Chapel in Huntington Beach, California. He manages the Facebook ministry of BibleCommentator.com with over 30,000 followers. King has been studying NDEs and OBEs for well over three decades.

01-13-2021 | Business, Economy, Finances, B …
Transform Marketing
Online learning helps make compliance king
How eLearning is keeping up effortlessly with a continually changing compliance landscape in the manufacturing sector. As the South African economy struggles to get back on its feet, battered by slow growth and high unemployment, and compounded by the fallout of the Covid-19 pandemic, one area in particular remains of concern to potential foreign investors: compliance in the regulatory environment. One recent study, funded by the European Union, found that while
12-28-2017 | Industry, Real Estate & Constr …
market size forecasters
Railway Air Conditioner Units Market Opportunity By Top Manufactures Shijiazhuan …
Market Size Forecasters Add New Global Railway Air Conditioner Units Market by Manufacturers, Countries, Type and Application, Forecast to 2022 to its research database. The report presents a deep study of the market growth factors and drivers. This report studies the Railway Air Conditioner Units market. Railway Air Conditioner Units is used for the temperature control of railway equipment like Locomotives, Rapid Transit Vehicles and Passenger Coaches. With it, the drivers
09-26-2014 | Energy & Environment
Waste King
Waste King announces headquarters’ move
Waste King - a specialist collections, clearance and recycling company that focuses on providing a service which is highly environmentally friendly – is moving its headquarters from the Frogmore Industrial Estate at Two Waters, Hemel Hempstead, to the Old Ministry Airfield, in Cheddington. Waste King’s Operations Director, Andy Cattigan, explained: “For some time, Waste King has been experiencing a steady and continual increase in its customer base. With this has
11-29-2012 | Energy & Environment
Waste King
Waste King rescues threatened snakes
Waste King, the specialist collections, clearance and recycling company, is becoming used to rescuing distressed livestock as part of its day-to-day activities. It has now added two grass snakes to its list which began, in August 2011, with ‘Colin’ a Giant African Land Snail. In the last few weeks, while helping a Watford-based customer clear garden rubbish, Waste King’s operatives came across two grass snakes – which had chosen to hibernate
11-11-2011 | Business, Economy, Finances, B …
Enovabiz Solutions, Dallas,Texas USA 75201
Quality Content is King
Content is king” has been for years the mantra for getting rankings in Google and other search engines. For many SEO consultants, it was the cornerstone of their whole SEO campaign. The belief is that the more content a website has, brighter the chances of ranking high in search engine results. Another spinoff of this theory was that companies not only started putting up large number of pages on their
07-19-2011 | Energy & Environment
Waste King
Waste King recycles for charities
The specialist collections, clearance and recycling company, Waste King, has teamed up with the British Heart Foundation (BHF) and the Salvation Army in order to help other people’s waste materials benefit those in need. A few months ago, Waste King installed a recycling point for clothes and shoes at its premises in the Frogmore Industrial Estate in Hemel Hempstead – along with a BHF ‘book bank’, for used books. According to the
Comments about openPR
I can't but agree to the positive statements about your portal: easy to use, clear layout, very good search function, and quick editing!
Jens O'Brien, Borgmeier Media Communication