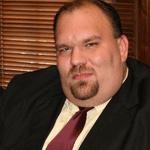 Brent Coon & Associates is proud to announce that attorney Eric Newell have been named as a 2011 Texas Rising Star by Super Lawyers magazine. The Rising Star designation recognizes the state’s top up-and-coming attorneys under the age of 40. The selection process for Rising Stars is entirely peer nominated and reviewed. After reviewing and scrutinizing the nominees, a blue ribbon panel selects those attorneys most worthy of receiving the Rising Star designation. Each year, the Rising Star honor is designated for no more than 2.5% of the state’s attorneys.Mr. Newell began his career with BCA in 2005 working extensively on the litigation stemming from the Texas City plant explosion in 2005. He was responsible for the review and organization of nearly seven million internal BP documents, uncovering hundreds of documents showing BP’s liability for the explosion. He now oversees client intake on behalf of the firm and plays a key role on several discovery committees for the Plaintiff’s Steering Committee that is coordinating the litigation against BP for the 2010 Deepwater Horizon Explosion and ensuing Gulf of Mexico oil spill.About Brent Coon and AssociatesBrent Coon & Associates was founded in 2001. Today, with 10 offices around the country, it is one of the largest trial law firms in the nation and the epitome of the 21st century law practice. Brent Coon & Associates employs over 20 aggressive litigators, with solid experience in individual and complex multi-party, occupational/environmental, health and personal injury cases. The majority of the firm’s cases are referred from attorneys who have confidence in the firm’s integrity, expertise and solid work ethic. The firm has a proven track record for handling complex, multi-party cases, with an emphasis on occupational and environmental law and personal injury practice.Houston, Texas (Pillot Bldg) ♠300 Fannin, Suite 200 Houston, TX 77002 Local: 713-225-1682 Fax: 713-225-1785 Toll Free: 1-800-406-8864

07-15-2020 | Business, Economy, Finances, B …
DB Consultancy
Crypto High and Rising
Key Metrics Show Institutional Interest in Crypto and Ripple Is High and Rising As institutions flock to crypto, here are the fundamental metrics that can be used to track their interest. The growth of the crypto derivatives market in 2020 has been a story of its own, mainly driven by Bitcoin (BTC) and Ether (ETH) options traded on exchanges such as the Chicago Mercantile Exchange, Deribit, OKEx, Binance and Houbi. And
06-14-2018 | Advertising, Media Consulting, …
HTF Market Intelligence Consulting Pvt. Ltd.
MP3 Player Market: Growing Popularity & Rising Trend
HTF MI recently introduced new title on “Global MP3 Player Market Research Report 2018” from its database. The report provides study with in-depth overview, describing about the Product / Industry Scope and elaborates market outlook and status to 2025. The Report gives you competition analysis of top manufacturer with sales volume, price, revenue (Million USD) and market share, the top players including Apple, Sony, Philips, Aigo, Newsmy, Iriver, COWON?IAUDIO?, SanDisk,
01-24-2013 | Leisure, Entertainment, Miscel …
RNCOS E-Services Pvt. Ltd.
Rising Potential of Nanotechnology in Cosmetics Industry
Usage of nanotechnology in cosmetics has increased tremendously over the past few years. The application of nanotechnology has improved and changed the physical properties of the cosmetic products. Nowadays, a wide range of cosmetics products are made by utilizing different nanomaterials, especially the skin care products. In addition, composition of the nanomaterials in the cosmetic products industry is enhancing their penetration in the skin. Besides, many leading cosmetics manufactures are
07-12-2011 | Business, Economy, Finances, B …
SearchLight Ventures
Rising Opportunities in India
6 July 2011 SearchLight Ventures - an investment deal-sourcing firm headquartered in the US – launched operations in India, headquartering in the New Delhi area. Several founding partners relocated there to head up the company’s expansion into the Indian market. The mission of SearchLight Ventures is to replace the inefficient and often sparse physical network between investors and investees, reshaping the manner in which the two interact by streamlining the initial contact
11-12-2010 | Politics, Law & Society
Sagaria Law, P.C.
Foreclosure Rates Rising in California
Approximately $25 million was spent at foreclosure auctions in the Sacramento and Oakland areas last weekend. Several homes were sold at less than half the cost of their previous high property values. This trend of increasing foreclosure activity has been prevalent in California communities in the past years, and experts predict the trend will only continue to rise in the near future. Foreclosure cases in California have increased 50% in the
03-16-2010 | Politics, Law & Society
Gardere Wynne Sewell LLP
21 Gardere Attorneys Dubbed ‘Rising Stars’
DALLAS – Gardere Wynne Sewell LLP is proud to announce that 21 of the firm's attorneys have earned selection to the Texas Super Lawyers Rising Stars list published by Law & Politics Media Inc. The list of the state’s most accomplished attorneys age 40 and under is included in the April edition of Texas Monthly. Dallas attorneys from Gardere included on the Rising Stars list and their practice areas are: William
Comments about openPR
OpenPR ist the nicest and most clearly laid out PR platform I have seen to this day. The press releases are displayed very nicely and clearly and without any unnecessary frills. The updates are fast and the finished release looks appealing and is clearly legible. Even with 16 years of experience one discovers new things from time to time. Congratulations!
Gabriele Ketterl, Director Marketing & PR, Menads