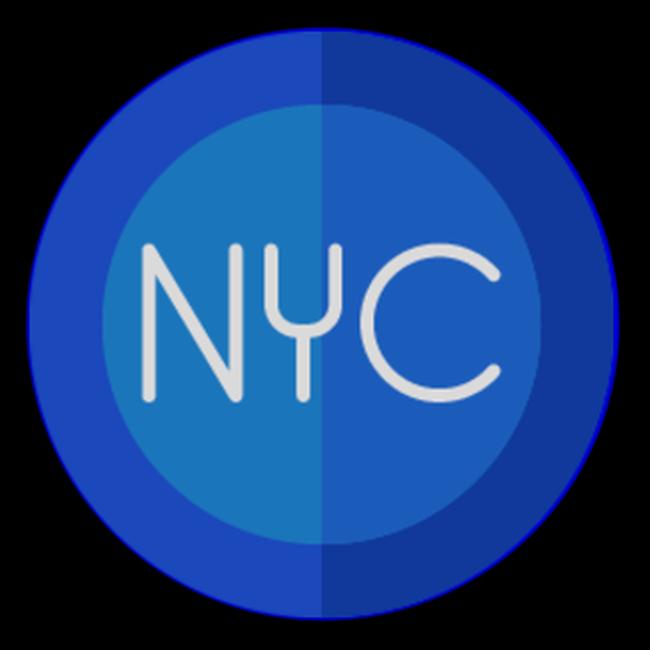 Chainz CryptoID ( https://chainz.cryptoid.info/ ), the premier blockchain statistics website for alternative cryptocurrencies, has recently integrated New York Coin (https://nycoin.net/). Offering in-depth analysis of a blockchain's network and wallets, from distribution of funds and hashrate to geo-location and versions of connected nodes. Standard block explorers offer users basic network information such as total hashrate, coin supply and market capitalization along with search queries based on block or transaction hash (txid) number. Chainz provides users with a much deeper analysis of network health offering a vast array of blockchain data such as current mining connections and distribution, network nodes including version and geo-location, all non-zero balance wallets and wealth distribution. Along with free API's and developer tools enabling a long list of real-time search queries. All services provided by Chainz CryptoID are free of charge to users. New York Coin (NYC) is a decentralized digital currency created by an unknown developer(s) and released as open-source software in 2014. It does not rely on a central server to process transactions or store funds. New York Coin (NYC) is a peer-to-peer cryptocurrency and open-source software project released under the MIT/X11 license. Creation and transfer of coins is based on an open source cryptographic protocol and is not managed by any central authority. New York Coin was an early Litecoin spin-off or "altcoin". In technical details, New York Coin is nearly identical to Litecoin with 5 times faster confirmations, eliminating fees to send or receive and low difficulty, energy-efficient mining built into the code. Due to the original developer(s) disappearing at launch in March 2014, early cryptocurrency miners and enthusiasts kept the network alive and healthy during New York Coin's infancy. Charlie Kartchner, an early scrypt miner, created the website newyorkco.in in March 2014 to ensure accurate coin data, block explorers, wallets and mining pools were all easily accessible. And also got New York Coin (NYC) added to Coinmarketcap in early 2014. New York Coin was launched shortly after New York regulators announced they were prosecuting BitInstant founder, Charlie Shrem in early 2014. It was launched 6 months before the death of Hal Finney, recipient of the first Bitcoin and member of the legendary Cypherpunks. During the month of January 2018, the aggregate value of New York Coin skyrocketed which included a 1,000% increase within days and reached a capitalization exceeding $120 million USD ($0.0012/NYC). An active development team joined New York Coin shortly thereafter and have since updated the source code, core wallets, security and stability of the network. The New York Coin Center was founded by Charlie Kartchner in 2018 in the SoHo district of New York City. New York Coin supporters worldwide raised funds for a 6 month 'pop-up lease' of a retail storefront located at 167 Mott Street, New York, NY 10013. The New York Coin Center was a Cryptocurrency Information Center highlighting the benefits of New York Coin over Bitcoin (https://bitcoin.org/en/) and Litecoin (https://litecoin.org/). Established to further retail-level adoption of New York Coin and to promote education on cryptocurrencies and blockchain technology. It displayed Keith Haring motif and raised awareness about the open-source specs of New York Coin cryptocurrency and its retail-level usability benefits over other major cryptocurrencies. New York Coin is different in some ways from both Litecoin and Bitcoin. New York Coin is an extremely fast cryptocurrency with transfer speeds for unconfirmed transactions occurring in under one second. It enables a lightning-fast, free worldwide remittance system. As well as a no cost merchant services platform for retailers worldwide. New York Coin is steadily gaining traction as a retail-level cryptocurrency around the globe. The New York Coin network aims to process blocks every 30 seconds, rather than Litecoin's 2.5 minutes and Bitcoin's 10 minutes. This allows New York Coin to confirm transactions much faster than both Litecoin and Bitcoin. New York Coin uses scrypt in its proof-of-work algorithm, just like Litecoin, which is a sequential memory-hard function requiring asymptotically more memory than an algorithm which is not memory-hard. New York Coin mining is the process of adding transaction records to NYC's public ledger of confirmed transactions. This ledger of past transactions is called the blockchain as it is a permanent record of all confirmed transactions on the network. New York Coin nodes use the blockchain to distinguish legitimate New York Coin transactions from attempts to double-spend coins that have already been spent elsewhere. New coins are mined into existence by following a mutually agreed upon set of rules. A user mining New York Coin is running a software program that searches tirelessly for a solution to a very difficult mathematical problem. The difficulty to solve this math problem is automatically adjusted every block so that the number of solutions found globally, by everyone, for a given unit of time is constant: an average of 2 every minute. When a solution is found, the miner broadcasts to everyone the existence of this newly found solution, along with other technical information, packaged together in what is called a "block". Charlie Kartchner, Crypto Writer 167 Mott St New York, NY 10013 718-490-7554 nycoinfoundation@gmail.com https://newyorkcoin.net New York Coin blocks create 625 new NYC at present. This amount, known as the block reward, is an incentive for miners to perform the computational work required for confirming transactions. NewYorkCoin block reward reduction is scheduled every 500,000 blocks until block #7,000,000 (roughly end of 2020), at which time the number of new NYC Coins created as a reward for confirming a transaction reduces to 50 NYC.

03-25-2021 | Fashion, Lifestyle, Trends
Maison De Papillon
Maison De Papillon Launches Project Gaia NYC
FOR IMMEDIATE RELEASE New York City, NY - March 25, 2021 To revive the spirit of New York City, Project Gaia, the first of its kind delivers, artistry and design to the multi-brand shopping experience. Luxury NYC-based womenswear brand Maison De Papillon is reimagining the future of fashion with their newest initiative, Project Gaia NYC. The multi-brand concept store, which is beautifully designed by co-founders Shriya Bisht Misra and
10-31-2020 | Business, Economy, Finances, B …
newyorkcoin.net
NewYorkCoin.net - History of NYC Coin, Bitcoin Alternative
New York Coin (NYC) had a very similar beginning to Bitcoin in that the original developer of NewYorkCoin Original GitHub Repository literally disappeared at launch. NYC Coin is the only other cryptocurrency besides Bitcoin that has an unknown developer that disappeared at launch, whose identity remains unknown to date and has never been heard from since launching coin. The original nycoin code is open-source and viewable to the public at
02-14-2017 | Business, Economy, Finances, B …
MelimeL Digital Art Design
NYC 5th Annual Women Empowerment Event
NEW YORK, New York (02/13/2017) - Custom and creative design company MelimeL Digital Art Design hosts their 5th Annual Women Empowerment Event, a networking and panel event during Women's History Month, on March 18, 2017 at La Maison d’Art, Harlem NYC at 6pm. This year’s event includes an influential panel of women making waves in the realm of corporate, law and medicine; including Yesi Morillo-Gual, Founder of Proud To Be Latina
02-03-2011 | Industry, Real Estate & Constr …
Time2Design
Carmen Christensen Headed to Fashion Week NYC
Carmen Christensen of Time2Design is 1 of 20 elite designers, architects and writers selected by Brizo, the fashion forward faucet brand, to attend an exclusive, all-expense paid three-day design-focused Fashion Week event in New York City. At the event Carmen will meet the Brizo design team and be given the opportunity to preview new kitchen and bath products that are about to launch as well as being asked to
09-30-2010 | Fashion, Lifestyle, Trends
Whittemore House Salon
Free Highlights at Top NYC Salon
Whittemore House Salon, voted top salon in Manhattan by InStyle Magazie this month, is holding a model call for a hair painting class to be held on Sunday, Oct. 17 and Monday, Oct. 18, 2010. Below please find the following details: * The technique performed is hair painting, a modern way of creating subtle highlights and lowlights * Appropriate hair requirements: virgin to lightly colored/highlighted hair, medium length, medium density, blonde
09-28-2010 | IT, New Media & Software
High Wire Computer Services
Computer Support Company expands to NYC
High Wire Computer Services, an award winning company support company based in DFW is expanding into the NYC market. We value customer service from certified technicians! Our number 1 goal is to bring affordable tech support to the home and small business from technicians who want to earn your business! High Wire Computer Services was designed as an alternative to over-priced, under qualified Geeks. All companies, big or small, require computer
Comments about openPR
We publish our press releases on openPR.de because we like people who are "open" - just like us.
Frank Obels, CEO, INCONET - Informationssysteme, Communication und Netzwerkberatung GmbH