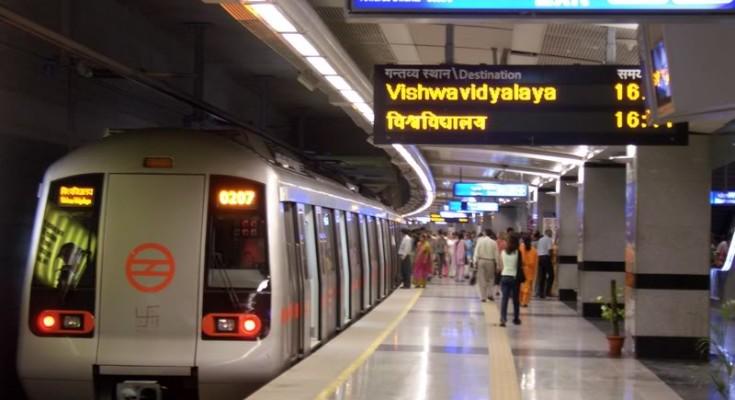 The key players profiled in the autonomous train technology market share include Alstom S.A., ABB, Bombardier Transportation, CRRC Transportation, General Electric, Hitachi Ltd., Kawasaki Heavy Industries, Mitsubishi Heavy Industries, Siemens AG., and Thales Group.Key Findings of the Autonomous Train Technology Market : 1) Based on train type, the passenger train segment generated the highest revenue in the autonomous train technology industry in 2018. 2) Asia-Pacific is anticipated to exhibit the highest CAGR during the autonomous train technology market forecast period. 3) Middle East leads the market in the LAMEA region.Schedule a Call with Our Analysts/Industry Experts To Find Solution For Your Business: https://www.alliedmarketresearch.com/request-sample/5656According to a recent report published by Allied Market Research, titled, "Autonomous Train Technology Market by Grade of Automation, Train Type, Technology and Component: Global Opportunity Analysis and Industry Forecast, 2019-2026" the global autonomous train technology market was valued at $5.88 billion in 2018, and is projected to reach $15.57 billion by 2026, registering a CAGR of 12.9% from 2019 to 2026.At present, Canada dominates the market, followed by the U.S. and Mexico in North America. However, U.S. is expected to grow at a higher CAGR during the forecast period. In addition, in 2018, France led the autonomous train technology market size in Europe region followed by Italy, Germany, rest of Europe, Russia, and the UK. Instant Download Report Sample (270 Pages PDF with Insights): https://www.alliedmarketresearch.com/request-sample/5656Autonomous Train Market Based on grade of automation, the GoA 2 segment dominated the global autonomous train technology market in 2018, in terms of revenue. However, the GoA 4 segment is expected to grow at a higher CAGR of 16.4% during the forecast period, as it reduces the cost incurred in the form of salaries to be paid to drivers to a much larger extent, which is driving the growth of the market. In addition, it offers increased passenger capacity and optimized travel time, which are expected to boost the market growth. Furthermore, depending on different technologies studied, the CBTC segment garnered a major share in the global autonomous train technology market in 2018. However, the ETRMS segment is expected to grow at a higher CAGR of 16.2% in the near future, owing to its global signaling standard. Moreover, it is majorly designed to deal with the growing transport demand and to improve the capacity of road lines, which are opportunistic for the market expansion. With the implementation of automation in trains, the capacity of the trains is increased with higher operational shift and train frequencies. Also, the turn-around time for the trains can be reduced at the terminus and new or additional trains can be introduced at routes having traffic congestion or at peak times. Moreover, the removal of driver cabins gives extra physical space to the passengers resulting in the rise in GRADE OF AUTOMATION to about 6%. Further, the reliability of driverless trains is much higher as compared to traditional trains as the chances for human errors are reduced to a larger extent owing to the automation technology which is driving the growth of the autonomous train technology market analysis.Interested to Procure the Data? Inquire Here: https://www.alliedmarketresearch.com/purchase-enquiry/5656Train automation requires all of the operations of the train to be automated with the help of components such as sensors, cameras, communication devices, and more. Thus, higher budget needs to be allocated for upgradation of the existing trains, infrastructure, development of the trains and many more. Most of the developed countries have already adopted the autonomous trains of GoA-4. For instance, Australia have fully adopted automation in their railway industry and developing countries such as India, China which are in development phase are allocating higher budgets for automation. Further, unattended trains or driverless trains require highly trained professionals, advanced system on the train and at the control rooms to carry out the flawless operations and working which further incurs the cost. The overall effect of the same results in the need of large investments for the automation process which is expected to hamper the growth of the autonomous train technology market especially in developing countries.Autonomous railway infrastructure within a country increases the speed and efficiency of the railway systems for freight and passenger transportation. Also, the implementation of the autonomous train needs to be backed up by a large investment. The governments of the developing countries are investing more and more to meet the latest technology setup required for autonomous train. For instance, India invested $1.97 billion in the year 2018 towards its infrastructure development to meet the latest automation demand and will be investing $777.73 billion till the year 2022 to meet the required infrastructure demand which includes railway infrastructure development. This makes way for the numerous opportunities for train automation players operating in the country. Similarly, Paris has also allocated $28.2 billion to automate its old metro network with the construction of four new metro lines across Paris and expanding the existing lines. Hence, such improvements in developing countries creates autonomous train technology market opportunity.Request for Customization: https://www.alliedmarketresearch.com/request-for-customization/5656Contact: David Correa 5933 NE Win Sivers Drive #205, Portland, OR 97220 United States USA/Canada (Toll Free): +1-800-792-5285, +1-503-894-6022, +1-503-446-1141 UK: +44-845-528-1300 Hong Kong: +852-301-84916 India (Pune): +91-20-66346060 Fax: +1(855)550-5975 help@alliedmarketresearch.com Web: www.alliedmarketresearch.com Allied Market Research Blog: https://blog.alliedmarketresearch.comAllied Market Research (AMR) is a full-service market research and business-consulting wing of Allied Analytics LLP based in Portland, Oregon. Allied Market Research provides global enterprises as well as medium and small businesses with unmatched quality of "Market Research Reports" and "Business Intelligence Solutions." AMR has a targeted view to provide business insights and consulting to assist its clients to make strategic business decisions and achieve sustainable growth in their respective market domain.

10-05-2020 | Business, Economy, Finances, B …
Facto Market Insights
Autonomous Train Technology Market Analyse & Forecast 2026
Impact Analysis of Coronavirus Disease (Covid-19) on Autonomous Train Technology Market Facto Market Insights published a title on “Autonomous Train Technology Market – 2020-2026”, to its collection. The study on the autonomous train technology market defines the analysis of all the segments, along with the market sizing, year-over-year growth analysis and structure of the industry. The research report also includes the analysis of geographical manufacturers & new market players, covering all
09-22-2020 | Logistics & Transport
MarketsandMarkets
Hybrid Train Market: Analysis & Developments
According to the new market research report "Hybrid Train Market by Propulsion Type (Electro Diesel, Battery Operated, Hydrogen, CNG, LNG, and Solar), Application (Passenger and Freight), Operating Speed (>100 km/h, 100-200 km/h, Mr. Aashish Mehra MarketsandMarkets™ INC. 630 Dundee Road Suite 430 Northbrook, IL 60062 USA : 1-888-600-6441 Email: sales@marketsandmarkets.com Research Insight: https://www.marketsandmarkets.com/ResearchInsight/hybrid-train-market.asp Visit Our Web Site: https://www.marketsandmarkets.com MarketsandMarkets™ provides quantified B2B research on 30,000 high growth niche opportunities/threats which will impact 70% to 80% of worldwide companies’ revenues.
05-25-2018 | Business, Economy, Finances, B …
Global Market Insights, Inc.
Train Seat Market Set for Continued Growth
The global Train Seat Market share report provides numbers for applications and regional segments of the industry covering historical as well as forecast data for decision makers. Increasing government initiatives and investments to develop faster and convenient modes of transportation across the globe will drive the market growth in the forecast timespan. High speed rails require greater infrastructure than the traditional trains and thus require larger investment. Lack of essential infrastructure
04-25-2018 | IT, New Media & Software
TMR Research
Hyperloop Train Market Propitious over 2025
Global Hyperloop Train Market: Snapshot The global market for hyperloop train is likely to exhibit high-speed expansion in the next few years. The demand for cheap and quick modes of transport that incur low base-costs and are built on easier-to-construct infrastructure, are immune to natural calamities such as earthquakes are the key factors expected to work in favor of the global hyperloop train market. The demand is expected to be highest
04-12-2018 | Advertising, Media Consulting, …
Research Trades
Global Train Lighting
“Global Train Lighting Industry Report" is an expert and in-depth analysis of key business and future development prospects, key determinants and restrictions, profiles of major market players, segmentation and forecasting. In this report, the global Train Lighting market is valued at USD XX million in 2017 and is expected to reach USD XX million by the end of 2025, growing at a CAGR of XX% between 2017 and 2025. You can
03-24-2017 | Advertising, Media Consulting, …
Persistence Market Research Pvt. Ltd
Global Train Seat Market
Railways are the cheaper and convenient mode of transportation. Railway infrastructure contributes building the economic growth of the country. As an attractive alternative to road transport and air travel, railways are catering to the high comfort need of travelers. In order to curtail the traffic on the road transport, governments worldwide are focusing on increasing train transits i.e. the number, network and capacities which is one of the primary factors
Comments about openPR
OpenPR ist the nicest and most clearly laid out PR platform I have seen to this day. The press releases are displayed very nicely and clearly and without any unnecessary frills. The updates are fast and the finished release looks appealing and is clearly legible. Even with 16 years of experience one discovers new things from time to time. Congratulations!
Gabriele Ketterl, Director Marketing & PR, Menads