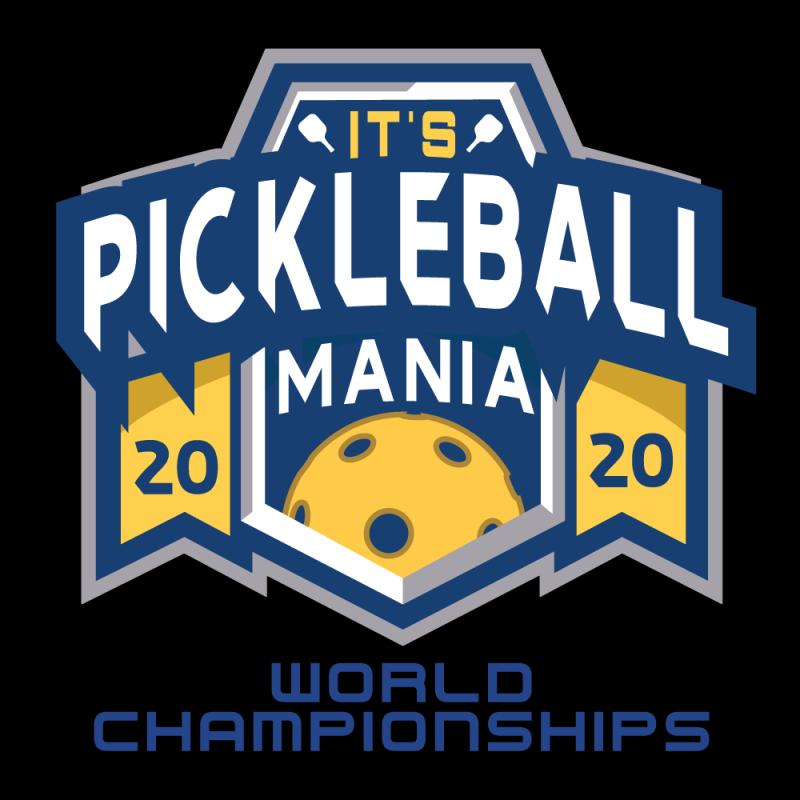 As professional and amateur sports organizations continue to do their part in maintaining best practices to combat the spread of the COVID-19 virus, postponing competitions and events worldwide, there is a void of original live sports programming on TV. Enter the Its Pickleball Mania World Pickleball Championship, set for Thursday at noon ET, streaming exclusively on ESPN3 as the only live TV sporting event currently available to viewers.Four of the world's top professional pickleball players will vie for the first Pickleball Mania crown. They will battle it out in semifinals and finals action at a private residence under strict quarantine guidelines. The four competitors will be joined by a small production and event crew of no more than six people as the event complies fully with present restrictions and social distancing practices.Fans can tune in for all three matches live on ESPN3 via their streaming players, computers and mobile devices. The final match will also be presented on tape delay on a variety of national and international networks at a later date.The Its Pickleball Mania World Pickleball Championship was co-founded by former tennis professional Ryan Sherry, NFL veteran Brandon Siler and former professional football player Peter "P.J." Jensen. They will also serve as Tournament Directors. Harry Cicma serves as the event's executive TV producer through Harry Cicma Productions LLC, in partnership with ESPN."This is a very special event, as one of the only professional sports being televised live worldwide during this difficult pandemic," said Cicma. "The most important thing is that the event and broadcast are intimate, in a private secluded residence, and promoting staying at home in quarantine and social distancing. It's been a difficult few weeks for the community and we are grateful to finally bring live professional world championship excitement to the sports world in a safe way as we all try to beat COVID-19.""Pickleball is sweeping the world by storm and is currently the fastest growing sport in the world," said Jensen. "I promise you this, if you ever pick up a pickleball paddle and play a game of singles or doubles you will be hooked! Pickleball is a combination of tennis, ping pong and requires speed, power, finesse and strategy. If you think for a second this is an old people's game, you will be sadly mistaken and proven wrong! Tune in and watch live for yourself!""With everything that is going on in the world right now, we're glad to be able to bring entertainment with safe health practices and the showcase of a little known sport to the world," said Sherry. "Pickleball is the fastest growing sport in America for a reason. It's easy to learn, easy to improve, any age can play, it's social, and incredibly fun and addictive. Pickleball combines sport and racquet backgrounds in a way no other sport does. Anyone with a sports background can find parallels between their background and pickleball.""Pickleball appeals to the old, the young, celebrities, former professionals in others sports. It has something for everyone," said Siler. "And we're just happy to be able to showcase this to the world at a time when people are yearning for something to root for."Pickleball is a paddle sport that combines many elements of tennis, badminton and ping-pong. The fast-growing, fast-paced game is played with a paddle and plastic ball with holes, as doubles or singles, on a badminton-sized court and a slightly modified tennis net.About Its Pickleball Mania, LLC (IPBM) Its Pickleball Mania, LLC (IPBM) is the world's premier pickleball & entertainment company showcasing the worldwide phenomenon of pickleball, founded by Ryan Sherry, Peter "P.J." Jensen and Brandon Siler and based in Fort Myers, Fla. Follow IPBM on social on Facebook, Twitter, Instagram and YouTube.About Legacy Pro Sports Legacy Pro Sports, founded by a pair of University of Florida standout athletes, which includes former captain of the '06 Gators National Championship Football Team, a six-year NFL veteran Brandon Siler, along with '05 SEC Tennis Tournament MVP, formerly ranked amongst the top 65 in the World Junior Tennis player rankings, Legacy Pro Sports Co-Founder Ryan Sherry. The company aids former NFL players (about 3,000 to date) with adjusting to "life after the game," educating their clients (exclusively former NFL players) on the post-career disability policies set forth by the NFL, reviewing and organizing injury records, and advising clients on disability claim applications they are entitled to as a result of their NFL service.30 Rockefeller Plaza, New York, NY 10112 info@harrycicmaproductions.com 973-566-0870About Harry Cicma Productions LLC Harry Cicma Productions LLC (www.harrycicmaproductions.com) is a full service Television, Streaming and Media Production Company. Harry Cicma Productions consists of a professional and well versed staff, with over a decade of media experience; offering clients the opportunity to create, produce, edit and distribute branded Television Shows and Commercials on major TV Networks throughout America and Worldwide. Headquartered in New York City, with offices in Miami, Harry Cicma Productions also provides media consulting, the ability to produce promotional videos, TV broadcasts, film events, and receive top rate Public Relations campaigns for any client. The HCP Team specializes in helping brands, leagues, athletes, companies and individuals reach their full potential in the world of media.

01-13-2021 | Health & Medicine
TotalTrim Pro
TotalTrim Pro Review-Does TotalTrim Pro Work-Complete Info
TotalTrim Pro is a cordless hair clipper grooming kit that offers get entry to to professional grooming movies as well, teaching users a way to emerge as their very own barber with numerous tutorials. The clippers offer clip-on manual combs and anti-rust blades to give the precision that purchasers want to have for their precise appearance whether cutting, trimming or styling. With FREE Access to Professional Barber Master Classes, the
01-04-2021 | Health & Medicine
ScratchUndo Pro
ScratchUndo Pro Review-Does ScratchUndo Pro Work-Complete Info
There are hundreds of humans in the usa who love their vehicle dearly and will ensure that there isn't even a unmarried scratch on it. But of direction, there are several conditions in which your automobile will be scratched up. It may be a result of a minor coincidence or other method as properly. But here’s the catch, each time your car or another car has a scratch, you can not
12-31-2020 | Health & Medicine
CoverSafe Pro
CoverSafe Pro Reviews-Does CoverSafe Pro Work-Complete Info
Cover Safe Pro is a splendid and at ease mask created of reusable triple-layered cloth, making it long lasting and permitting the wearer to breathe conveniently. The mask will cowl your nose and mouth. Considering it has an ergonomic layout coupled with advanced airflow substances, it'll protect you towards probably dangerous air pollutants with out demanding approximately fitting ability. http://claimspecialdiscount.site/Get-CoverSafePro-Here How Helpful Is Cover Safe Pro Cover Safe Pro Review
04-11-2019 | IT, New Media & Software
iolo technologies, LLC
New System Mechanic 18.7 Pro® Is Here
iolo technologies, LLC unveils the most efficient version of its #1-rated performance optimization software - System Mechanic Professional 18.7. Easier PC Optimzation April is Stress Awareness Month, and we know computer issues often top the list of everyday sources of stress. New System Mechanic 18.7 Pro optimizes your network speed so you can transfer more data over the internet faster, while also giving your PC's startup a powerful boost. Unlock this offer
12-13-2018 | Business, Economy, Finances, B …
Ecogreen Pro: Carpet Cleaning Service
ECOGREEN PRO OFFERS DISCOUNT TO NEW CLIENTS
BETHLEHEM, PA - DECEMBER 13, 2018- Ecogreen Pro is pleased to announce a terrific discount for new clients on all their services. Bethlehem and surrounding area residents can take advantage of 10% off when visiting their website and use the coupon provided. Having cleaner carpet is not only visually more appealing, but it is healthier for homeowners and their families. High traffic areas can see a noticeable difference in color,
03-16-2017 | Business, Economy, Finances, B …
Alaric Securities
Sterling Trader Pro 10.4 Update
The Sterling Trader Pro 10.4 update includes a full redesign of the user interface, advanced additional chart studies, new high performance charting package, time based filters and tabbed charts. A detailed list of updates: Charts: New indicator added: VWAP New line study added: Horizontal Value of line displayed when hovered over or moving line Pass-thru alerts can be added to horizontal lines by selecting the line and choosing “Add/Edit Alert” via the right-click menu Use up/down
Comments about openPR
OpenPR is clearly structured and remains true to its principle of confining itself to the essential parts. OpenPR has proven to be a very good and reliable partner to our media agency: Within the shortest time the releases are online and go down well with the media representatives. The success of OpenPR is reflected in the steadily increasing number of press releases. It is good that OpenPR exists!
Ursula Koslik, Director Marketing & PR, F+W Hamburg