Press release from: SK Most Group of Companies 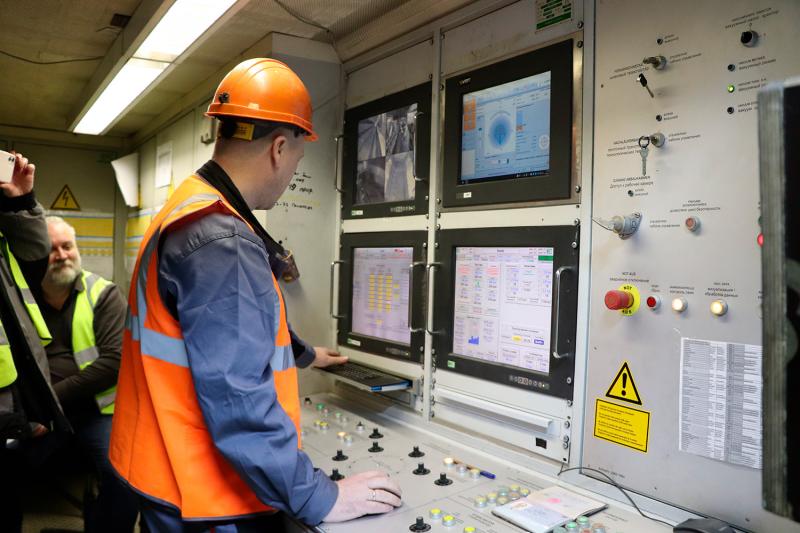 Twenty-three tunnel shields are digging metro tunnels simultaneously in Moscow. This is the absolute world record. On March 18, 2020, in Moscow, representatives from Guinness World Records verified the record for the largest number of tunnel boring machines (TBM) operating simultaneously in a single project. The tunneling works were undertaken on the metro network. This included the Herrenknecht-10690 TBM, Victoria, owned by Ruslan Baysarov's SK Most Group of Companies, which is currently digging a 1,310-meter double-track tunnel between the Tekstilshchiki and Pechatniki stations of the Moscow Metro's Bolshaya Koltsevaya Line (BKL). The certification process entailed a stringent verification process undertaken by the Guinness World Records Authority. Each TBM was filmed in action. After that, the record was confirmed by the Guinness World Records Judge. While exciting, being recognized by Guinness World Records is not Victoria's first big achievement. At the end of December last year, specialists from USK Most, a subsidiary of the SK Most Group of Companies, carried out a unique operation to lower the shield into the metro-station pit. Then, for the first time in Russia, the tunneling machine's 10-meter shield was able to move from the surface of the construction site to the foundation pit of the future Tekstilshchiki metro station (BKL), fully assembled. Such shields had always been lowered in parts by various heavy-duty cranes. In order to enable the 830-ton Victoria to make her way down, specialists from USK Most used the Jack Up JS250 system to raise it to a height of one meter above the construction site, moved it more than 50 meters horizontally, positioned it above the foundation pit, and then lowered it 23 meters into the shield chamber. This significantly reduced installation time and quickened the start of tunneling. Since her launch in January, Victoria has installed 122 rings of high-precision reinforced concrete lining, that is 219.6 out of 1310 running meters of the new tunnel.USK Most 121151, Moscow, Tarasa Shevchenko Embankment 23A+7 (495) 363-44-45 uskmail@skmost.ruSK Most Group of Companies, owned by Russian businessman Ruslan Baysarov, is one of the leading Russian enterprises in the construction industry. The SK Most Group encompasses 3 tunnel devisions and 12 bridge construction branches. Today the company is engaged in construction and repair of rail and motorway roads, small and large bridges, tunnels, ports and berths, hydraulic structures, landing strips.